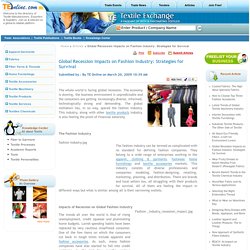 The economy is slowing, the business environment is unpredictable and the consumers are getting increasingly diverse, informed, technologically strong and demanding. The global meltdown has, in no way, spared the fashion industry. This industry, along with other textile products industry, is also feeling the pinch of financial adversity. The Top 50 Fashion Schools In The World: The Fashionista Ranking - Fashionista. If you want to work in fashion and are about to enter college, finding the right school for you can be a difficult task. 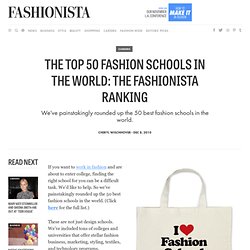 We'd like to help. So we've painstakingly rounded up the 50 best fashion schools in the world. (Click here for the full list.) These are not just design schools. We’ve included tons of colleges and universities that offer stellar fashion business, marketing, styling, textiles, and technology programs. Methodology: To generate our list, we spoke to students, employees at the schools, companies who hire graduates, and industry professionals.

Tuition: Art and design schools are generally expensive. How To Apply: Most of the schools have very similar application requirements, so we decided not to include them for each individual school. Bn43.pdf. Recession_Britain_tcm8-4598.pdf. United Kingdom GDP Growth Rate. The largest contribution to Q3 2014 GDP growth came from services; these industries increased by 0.7 percent, contributing 0.58 percentage points to the increase in GDP. 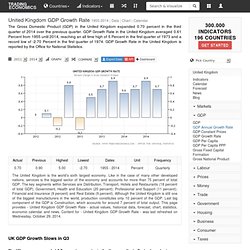 This followed an increase of 1.1 percent in Q2 2014. In the latest quarter there was widespread growth, with increases in each of the four main services aggregates (distribution, hotels & restaurants; transport, storage & communication; business services & finance; and government & other services). Growth in each of the main services aggregates was lower than in Q2 2014 with the exception of government & other services which grew by 0.3 percent in each quarter. In Q3 2014 output from services was 7.2 percent above its pre-economic downturn peak in Q1 2008. Construction output increased by 0.8 percent in Q3 2014 when compared with Q2 2014, contributing 0.05 percentage points to GDP growth and follows a rise of 0.7 percent in Q2 2014.

Global Recession Impacts on Fashion Industry: Strategies for Survival. Mastercard_GDCI_2014_Letter_Final_70814.pdf. Birmingham City University - Sign In. Login to Mintel Reports - Mintel Group Ltd. London on course for another year of record-breaking visitor numbers in 2014. London welcomed over 3.6 million overseas visits in the first three months of 2014, resulting in the best ever first quarter tourism numbers in the city’s history. 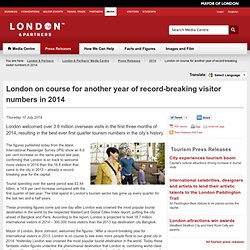 The figures published today from the latest International Passenger Survey (IPS) show an 8.6 per cent increase on the same period last year, confirming that London is on track to welcome more visitors in 2014 than the 16.8 million that came to the city in 2013 – already a record-breaking year for the capital. Tourist spending over the same period was £2.44 billion, a 14.6 per cent increase compared with the first quarter of last year. Foreign Tourists Fuelling UK Growth. Spend on retail, hospitality and leisure is set to rocket as overseas visitors flock to the UK over the next few years, according to a new report from Barclays. 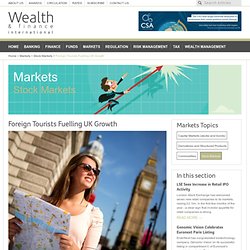 The research, independently commissioned for Barclays' Retail and Hospitality & Leisure banking teams, reveals that spending from foreign tourists is predicted to reach over £27 billion by 2017, an increase of 34% on 2013. Rapid growth in spend among tourists from emerging economies will be further boosted by loosening visa restrictions, and overseas visitors will deliver a significant boost to the economy this year and beyond. British Fashion Council. The purpose of the British Fashion Council’s digital pillar is to support the British fashion industry to become the world leader in creativity, business and innovation. 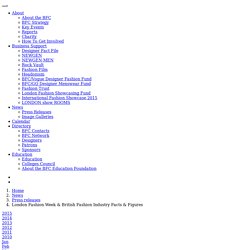 It is important for the British designer community to drive forward sales and increase their profile on the global stage and innovating digitally is a perfect way to achieve this. The Mayor of London Boris Johnson said: 'I am delighted to support British fashion, which continues to be at the forefront of innovation. British Fashion Council. Retail Forecast for 2018 - Centre for Retail Research, Nottingham UK. 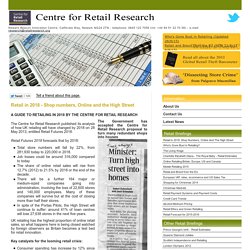 Job losses could be around 316,000 compared to today The share of online retail sales will rise from 12.7% (2012) to 21.5% by 2018 or the end of the decade. There will be a further 164 major or medium-sized companies going into administration, involving the loss of 22,600 stores and 140,000 employees. UK retailing has the highest proportion of online retail sales, so what happens here is being closed watched by foreign observers as Britain becomes a test bed for retail innovation. 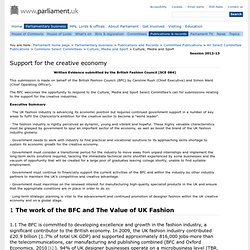 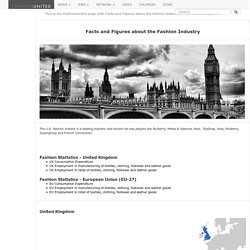 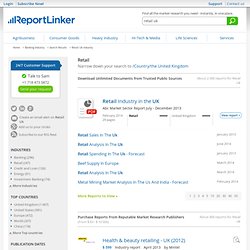 Major drivers of the world womenswear market include fashion, with shoppers eager to keep up with the latest trends, consumer confidence and rising income levels. Compared with the lows of the economic recession, employment rates and per capital disposable income levels are rising, which leads to greater consumer confidence, allowing consumers to part with their cash more easily. As consumers made less purchases during the economic recession, retailers currently find themselves with a product surplus. Regional Markets Key Market Segments Market Outlook Leading Industry Associations More »