Diving Pulau Weh (Island), Sumatra. Pulau Weh (Weh Island) or sometimes known as Pulo Weh by the locals, is a volcanic island off the coast of northwest Sumatra. 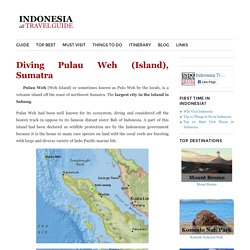 The largest city in the island is Sabang. Pulau Weh had been well known for its ecosystem, diving and considered off the beaten track in oppose to its famous distant sister Bali of Indonesia. A part of this island had been declared as wildlife protection are by the Indonesian government because it is the home to many rare species on land wild the coral reefs are bursting with large and diverse variety of Indo-Pacific marine life. Pulau Weh, Sabang, Sumatra, Indonesia Map Where is it. How to get to Pulau Weh - Dive Weh. Once you arrive in Banda Aceh by bus or by plane, getting to Weh island (known locally as Sabang), then onwards to Iboih beach is not hard at all. 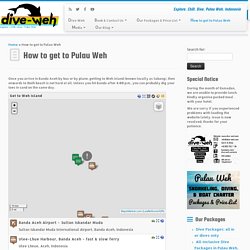 Unless you hit Banda after 4:00 p.m., you can probably dig your toes in sand on the same day. Map Data Map data ©2017 Google Imagery ©2017 TerraMetrics. Budget Diving Hostpots : UnderwaterAsia.info. Pulau Weh & Sumatra Diving. From Malaysia There are flights to Banda Aceh from Kuala Lumpur (AirAsia) and Penang (Firefly). 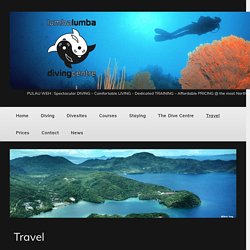 From Kuala Lumpur * Note: When departing with the morning 8 AM ferry, you cannot connect to the early daily 8.50 AM flight ! It requires leaving the afternoon before and spending a night in Banda Aceh! From Penang. Diving in Pulau Weh, Indonesia – She Walks the World. I have never heard of Pulau Weh until I started diving early this year, when I was told of the beautiful reefs and marine life surrounding the island. 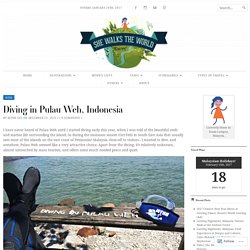 So during the monsoon season (Oct-Feb) in South East Asia that usually sees most of the islands on the east coast of Peninsular Malaysia close-off to visitors– I wanted to dive, and somehow, Pulau Weh seemed like a very attractive choice. Apart from the diving; it’s relatively unknown, almost untouched by mass tourism, and offers some much needed peace and quiet.

About Pulau WehIf you want to travel as far up north of Indonesia as you can go, Pulau Weh is the place to head to. Pulau Weh, getting a lady. Mynn’s Top 10 Things To Do in Pulau Weh, Indonesia – She Walks the World. Pulau Weh, or Sabang as the locals call it; is an island situated off the coast of the northern tip of Sumatra island in Indonesia. 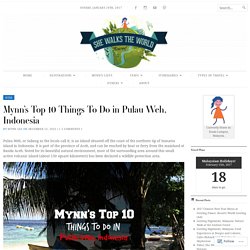 It is part of the province of Aceh, and can be reached by boat or ferry from the mainland at Banda Aceh. Noted for its beautiful natural environment, most of the surrounding area around this small active volcanic island (about 150 square kilometers) has been declared a wildlife protection area. With so many popular and well-known islands in Indonesia, Pulau Weh is often overlooked. Diving in Pulau Weh, Indonesia – She Walks the World. Scuba Diving in Koh Lipe – She Walks the World. Over coffee one afternoon, I had a conversation with a close friend of mine about islands, beaches and diving; and we made a spontaneous decision to head for a quick getaway to the Thai island of Koh Lipe. 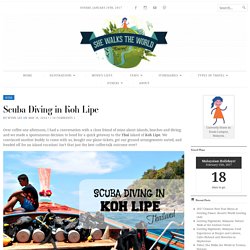 We convinced another buddy to come with us, bought our plane tickets, got our ground arrangements sorted, and headed off for an island vacation! Isn’t that just the best coffee-talk outcome ever? Scuba Diving in Koh Lipe – She Walks the World.