Reid is a from of a hemophrodite and is full of tantrums induced by hormones Jason is delerved by Foyet the 'Reaper' becasue he is kidannped and then we all know that Reid is not able to give birth. This story will not be aknowledged by the Let Me in Series in which the plot is from but does take place on that story timeline though nothing else really transfers from there. – chelseabarron

Ahmose Inarus Disclaimer: No own. 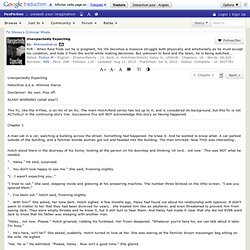 Piss off. SLASH WARNING (what else?) This fic, like the X-Files, is an AU of an AU. Chapter 1 A man sat in a car, watching a building across the street. Hotch stood there in the doorway of his home, looking at the person on his doorstep and thinking 'oh lord… not now.' Come Daylight Chapter 1, a criminal minds fanfic. A/N: This is an AU in which cis men can get pregnant.

Reid and Morgan MPREG its normal in this world and the relation is established with 3 years married and 5 years together a long and beautiful dtory about Sam the daughter of Spncer and Derek. – chelseabarron

I'm asking you to suspend disbelief surrounding the science of such, and the affect that pregnant cis men would have on the structure of gender and society. 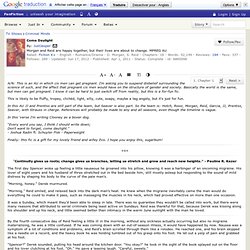 Basically the world is the same, but men can get pregnant. I know it can be hard to just switch off from reality, but this is a for-fun fic. This is likely to be fluffy, tropey, clichéd, light, silly, cute, soapy, maybe a tag angsty, but it's just for fun. In this AU JJ and Prentiss are still part of the team, but Seaver is also part. Lest test that gene out chapter 1 the gene, a criminal minds fanfic. Derek Morgan and Spencer Reid was the last two at the bar they both been knocking one drink after another and now Spencer was seeing two Derek Morgan "I think I've had enough, when I start seeing one of you again I know I'm okay. 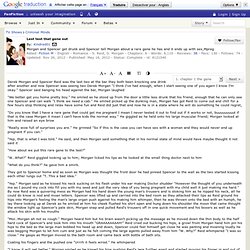 " Spencer said banging his head against the bar, Morgan laughed "We better get you home pretty boy. " He smiled as he stood up from the door a little less drunk that his friend, enough that he can only see one Spencer and can walk "I think we need a cab. " He smiled picked up the dunking man, Morgan has got Reid to come out and chill for a few hours stop thinking and relax have some fun and Reid did just that and now he is in a state where he will do something he could regret, "Do you know that I have a rare gene that could get me pregnant I mean I never tested it out to find out if it works or not, buuuuuuuuut if that is the case Morgan it mean I can't have kids the normal way.

When two unsubs decide to target young pregnant males along the I-95 corridor from Massachusetts to Virginia will Reid be safe when a case hits too close to Quantico? mpreg. Morgan x Reid established. Now complete. Sequel to follow. – chelseabarron

The Early Bird Catches the Worm Chapter 1, a criminal minds fanfic. This is a birth fic for my friend Buka2000 who just gave birth to a beautiful baby boy. 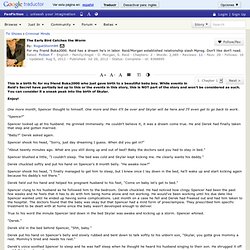 While events in Reid's Secret have partially led up to this or the events in this story, this is NOT part of the story and won't be considered as such. You can consider it a sneak peak into the birth of Skylar. Enjoy! One more month, Spencer thought to himself. One more and then it'll be over and Skylar will be here and I'll even get to go back to work. "Spence? " Spencer looked up at his husband.

"Baby? " Spencer shook his head, "Sorry, just day dreaming I guess. "About twenty minutes ago. Spencer blushed a little, "I couldn't sleep. Derek chuckled softly and put his hand on Spencer's 8 month belly. Spencer shook his head, "I finally managed to get him to sleep, but I knew once I lay down in the bed, he'll wake up and start kicking again because his daddy's not there. " Oh Baby Chapter 1, a criminal minds fanfic. Author's Note: This story will be an AU/AR.

Reid gets the surprise of his life. So does Morgan. Mpreg. The twins Natasha Ciara and Adam the lovely Derek Morgan-Ried Spencer family ver fat paced following 24 years of thier life – chelseabarron 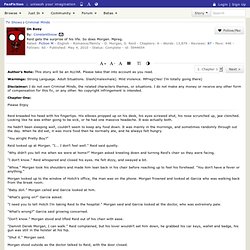 Warnings: Strong Language. Adult Situations. Slash(malexmale). Mild Violence. Disclaimer: I do not own Criminal Minds, the related characters themes, or situations. Chapter One: Please Enjoy Reid kneaded his head with his fingertips. He hadn't been sleeping well, couldn't seem to keep any food down. "You alright Pretty Boy? " Reid looked up at Morgan.