- FIC: At A Snail's Pace (White Collar; Peter/El/Neal) Oleoresin Capsicum, a white collar fanfic. Based on a recent experience that I felt needed to be shared with others. 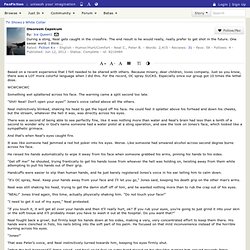 Just so you know, there was a LOT more colorful language when I did this. For the record, OC spray SUCKS. Especially since our group got 10 times the lethal dose. Something wet splattered across his face. "Shit! Neal instinctively blinked, shaking his head to get the liquid off his face. There was a second of being able to see perfectly fine, like it was nothing more than water and Neal's brain had less than a tenth of a second to wonder why in God's name someone had a water pistol at a sting operation, and saw the look on Jones's face, which looked like a sympathetic grimace. The Root of Friendship.

Neal is drugged to get drunk faster and he wakes up the next day to find out what happened this was funny. – chelseabarron

Not beta'd but edited. 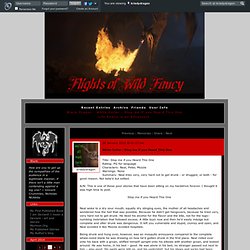 A/N: This is one of those poor stories that have been sitting on my harddrive forever. I thought it was high time to post. Stop me if you Heard This One Neal woke to a dry sour mouth, equally dry stinging eyes, the mother of all headaches and wondered how the hell that was possible. Scattershot. Title: ScattershotFandom: White CollarWord Count: 4800Pairing: genSummary: Peter and Neal investigate shady doings at a veterinary clinic, and things go wrong, of course. 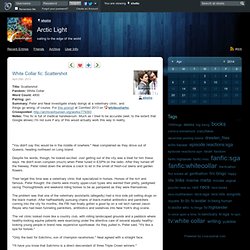 For this prompt at Comfest 2013 on whitecollarhc.Crossposted: This fic is full of medical handwavium. Much as I tried to be accurate (well, to the extent that Google allows) I'm not sure if any of this would actually work this way in reality. "You didn't say this would be in the middle of nowhere," Neal complained as they drove out of Queens, heading northeast on Long Island.

Despite his words, though, he looked excited. Their target this time was a veterinary clinic that specialized in horses. The problem was that one of the veterinary assistants (allegedly) had a nice side job selling drugs on the black market. "Only the best for Satchmo, son of champion racehorses," Neal agreed with a straight face. "I'll have you know that Satchmo is a direct descendant of three Triple Crown winners.

Neal and Peter and Keller play the poison glass game which one has the poisin in the glass Neal can tell. This oone just ends with Neal saying "Keller's not predictable, but you are." Peter furrows his brows. Neal's eyes have drifted halfway close but Peter still sees trust in them, and then a tiny bit of mischief. "Chances of Peter Burke getting me home safe and sound? I say pretty good." – chelseabarron

A/N: Many thanks to Enfleurage for betaing and Bella Harvest for being generally awesome. 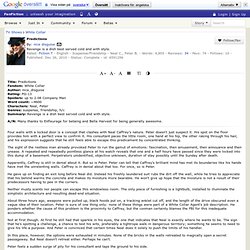 Four walls with a locked door is a concept that clashes with Neal Caffrey's nature. Peter doesn't just suspect it. His spot on the floor provides him with a perfect view to confirm it. His consultant paces the little room, one hand at his hip, the other raking through his hair, and his expression suggests that he still feels able to escape this predicament by concentrated thinking. The sight of the restless man already provoked Peter to run the gamut of emotions: fascination, then amusement, then annoyance and then unease. Of course, Mrs Ellington Chapter 5, a white collar fanfic. Of course, Mrs.

Neal is poisoned and June takes care of him and who poisoned him she calls in some favors. – chelseabarron 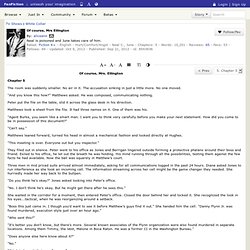 No air in it. The accusation sinking in just a little more. "And you know this how? " Peter put the file on the table, slid it across the glass desk in his direction. Lab Safety. Because tomorrow is when I start my first ever proper job and I'm way to nervous to attempt to sleep just yet, I've actually managed to finish a fic (it's been a while).

This is baaaasically more context-free h/c. 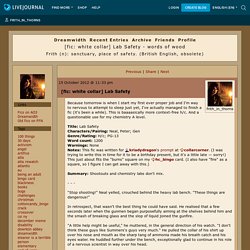 Angel. Chapter 1 His head and stomach were at war, and apparently taking no prisoners. 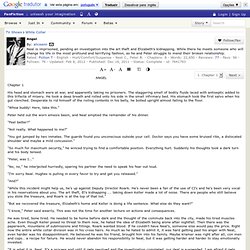 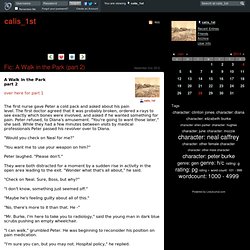 The first doctor agreed that it was probably broken, ordered x-rays to see exactly which bones were involved, and asked if he wanted something for pain. Peter refused, to Diana's amusement. "You're going to want those later," she said. A Walk in the Park (part 3) A Walk in the ParkPart 3 Part 1Part 2 "Agent Burke, come on back," she said. 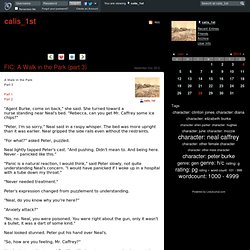 She turned toward a nurse standing near Neal's bed. "Rebecca, can you get Mr. Caffrey some ice chips? " Lighthouses. Title: LighthousesFor: doctor_fangeek in the.

June takes care of Neal when he is poisoned – chelseabarron 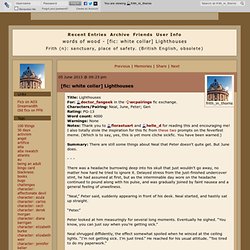 Don't Mess with the Hat. Title: Don't Mess with the Hat Rating: PG Characters: Neal, Peter Summary: Neal's not feeling too good, and not for the reasons he thinks. A/N: Written for frith_in_thorns for This Prompt at collarcorner . Sorry it took so long, but I kept having all these ideas that would not work . Deadly Gift. Disclaimer: The following is a work of fan fiction based on White Collar which belongs to Jeff Eastin and USA. It is in no way intended to infringe on the copyrights of Jeff Eastin and USA Network. Antoinette for your beta reading. Deadly Gifts. Forced FED AU Standalone Story General Story.

Appearances Are Deceptive. Title: Appearances Are DeceptiveCharacters/Pairing: Neal, Peter; GenGenre/Rating: H/C; PGWord count: 1700Warnings: SnakesNotes: I have been accused of studying biology purely so I can find more ways to almost-kill characters. This is definitely not true. However, coral snakes really are very lovely. And neurotoxic.This was written for a prompt by. No Rest for the Weary. (Chapter 1) It had been too long since Neal had had a real day off from working with Peter. Not that he didn't like working with the agent or the FBI for that matter. There were advantages he liked but he was feeling a bit worn from the past few assignments. Being undercover could be fun but the last two assignments had nearly cost him his life and Peter had more than cussed out a few agents, including Ruiz for not helping the matter. Neal was appreciative that Peter protected him but he needed his space to think about things; Get down to what he wanted to do, think about and in general apply his mind on.

The young man sat on the terrace thinking as he sipped coffee from a little cup and smiled slightly. Arsenic and Old Lace.

How Sick Is A Little Sick. I don't own White Collar but one can dream... Neal Caffery was sick, plain and simple.