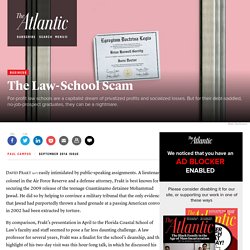 A lieutenant colonel in the Air Force Reserve and a defense attorney, Frakt is best known for securing the 2009 release of the teenage Guantánamo detainee Mohammad Jawad. He did so by helping to convince a military tribunal that the only evidence that Jawad had purportedly thrown a hand grenade at a passing American convoy in 2002 had been extracted by torture. By comparison, Frakt’s presentation in April to the Florida Coastal School of Law’s faculty and staff seemed to pose a far less daunting challenge. Flowers for Algernon. Flowers for Algernon is a science fiction short story and subsequent novel written by Daniel Keyes. 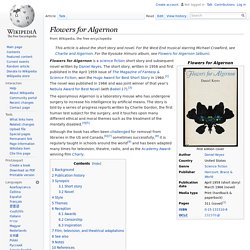 The short story, written in 1958 and first published in the April 1959 issue of The Magazine of Fantasy & Science Fiction, won the Hugo Award for Best Short Story in 1960.[2] The novel was published in 1966 and was joint winner of that year's Nebula Award for Best Novel (with Babel-17).[3] The eponymous Algernon is a laboratory mouse who has undergone surgery to increase his intelligence by artificial means. The story is told by a series of progress reports written by Charlie Gordon, the first human test subject for the surgery, and it touches upon many different ethical and moral themes such as the treatment of the mentally disabled.[4][5] Background[edit]

Jonathan Creek. The first two seasons were broadcast in the U.S. on a number of PBS stations, while the remainder aired on BBC America. 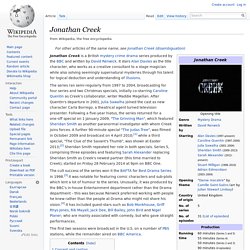 Concept and casting[edit] Magic would play an important part of the series, but it would be in the form of tricks and sleight-of-hand used by stage magicians to deceive their audiences. The programme often exposed how such tricks are actually done, the way being quite banal compared to the trick itself. The series would also focus on the relationship between Creek and his collaborator Maddie Magellan, a writer who often uses dishonest means in order to expose miscarriages of justice. It would be a mainly platonic one, though they do at some stage consummate their relationship only to agree that it must never happen again. Glass family. Members[edit] The Glass family, from eldest to youngest: The children are all precocious, and have all appeared on a fictional radio quiz show called It's a Wise Child, which has, according to the stories, sent all seven Glass children through college. 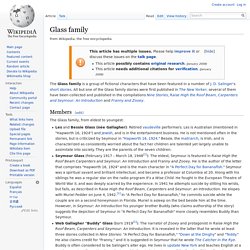 The English Patient. Plot[edit] Caravaggio is an Italian-Canadian in the British foreign intelligence service since the late 1930s, during which he befriended Hana's father before the latter died in the war. 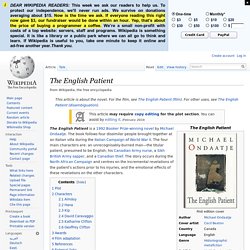 He learns that Hana is at the villa caring for a patient. He had remained in North Africa to spy when the German forces gain control and then transferred to Italy. He eventually gets caught, interrogated, and tortured; they even cut off his thumbs. Caravaggio bears physical and psychological scars from which he seeks vengeance with his painful war experience. Two British soldiers yell at Hana to stop her playing a piano since the Germans often booby-trapped them. The Blind Assassin. Michael Ondaatje. Early life[edit] Ondaatje was born in Colombo, Sri Lanka (then Ceylon) in 1943 and moved to England in 1954. 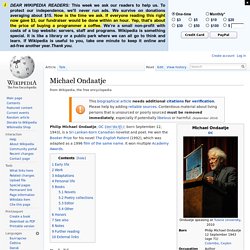 He attended Dulwich College.[1] After relocating to Canada in 1962, Ondaatje became a Canadian citizen. He studied at Bishop's College School and Bishop's University in Lennoxville, Quebec for some time. He then moved to Toronto, where he received his BA from the University of Toronto and his MA from Queen's University, Kingston, Ontario. He began teaching at the University of Western Ontario in London. Work[edit] Adaptations[edit] The Tell-Tale Heart. 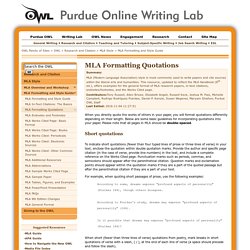 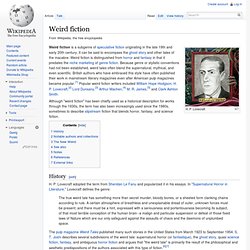 P. Lovecraft Weird fiction is a subgenre of speculative fiction originating in the late 19th and early 20th century. It can be said to encompass the ghost story and other tales of the macabre. Weird fiction is distinguished from horror and fantasy in that it predates the niche marketing of genre fiction. History[edit] H. The true weird tale has something more than secret murder, bloody bones, or a sheeted form clanking chains according to rule. The pulp magazine Weird Tales published many such stories in the United States from March 1923 to September 1954. Although Lovecraft was one of the few early 20th-century writers to describe his work as "weird fiction,"[1] the term has enjoyed a contemporary revival in New Weird fiction. Music.