Email. We're shunning TVs to watch online as our internet use doubles in a decade. A report by Ofcom saw 1,890 adults aged 16 and over interviewedInternet usage has doubled in a decade due to the rise in tablet useMobile phones and video streaming is now indispensable for the youngFamily gathering around a TV – Gogglebox style - now a thing of the past By Sean Poulter for the Daily Mail. 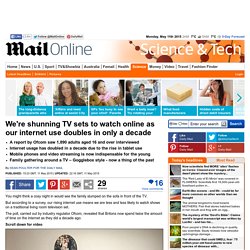 Are Facebook and Google buying cable networks to stop governments spying on them? Google now owns 100,000 miles of fibre optic cable routes globallyFacebook also extended its network in Europe by buying unused cablesBy owning the cables, companies can control how much traffic they sendThis stops internet providers from throttling traffic - making services fasterIt also prevents governments from being able to spy on their services By Victoria Woollaston Published: 11:21 GMT, 18 December 2013 | Updated: 11:26 GMT, 18 December 2013 Step aside Virgin, BT and Sky, we could soon be able to buy our internet from websites including Google and Facebook. 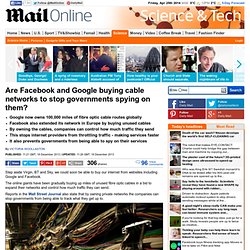 The online giants have been gradually buying up miles of unused fibre optic cables in a bid to expand their networks and control how much traffic they can send. Reports in the Wall Street Journal also state that by owning private networks the companies can stop governments from being able to track what they get up to. Google, Facebook Push to Control Web's Pipes. Revealed, what happens in just ONE minute on the internet: 216,000 photos posted, 278,000 Tweets and 1.8m Facebook likes. Infographic gives snapshot of what happens across the web in 60 secondsThis includes 72 hours of video uploaded to YouTube and 278,000 tweets By Victoria Woollaston Published: 14:19 GMT, 30 July 2013 | Updated: 14:19 GMT, 30 July 2013 In just a single minute on the web 216,000 photos are shared on Instagram, a total of £54,000 ($83,000) sales take place on Amazon, there are 1.8 million likes on Facebook and three days worth of video is uploaded to YouTube. 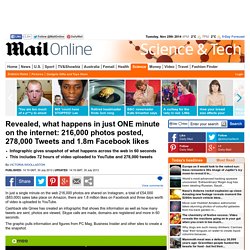 Cashback site Qmee has created an infographic that shows this information as well as how many tweets are sent, photos are viewed, Skype calls are made, domains are registered and more in 60 seconds. The graphic pulls information and figures from PC Mag, Business Insider and other sites to create a the snapshot. Map of the internet: The world wide web is recreated to look like a galaxy with 'planets' revealing the size of different websites. Data-visualisation designer Ruslan Enikeev created The Internet mapSites sized and coloured according to traffic and their country of originSites are mapped according to their relationship with one another. 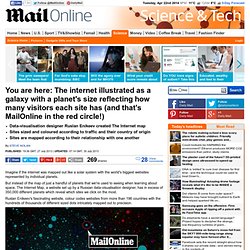 The Internet map. Don’t Be Cracked: The Math Behind Good Online Passwords. When breaches happen, the focus often turns to advice about what to do: “be sure to change your passwords immediately…” “ Follow these 8 tips to stay safe online…” You’ve seen them all. 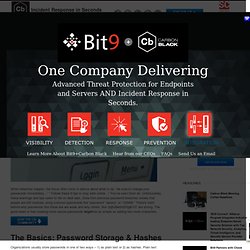 Unfortunately, these warnings and tips seem to fall on deaf ears. Data from previous password breaches shows that people are still routinely using common passwords like “password” “qwerty” or “123456.” There’s math behind why passwords like those are are weak and why others, like “p@s$w0rdD0gB1t3” are strong. The good news is that creating more secure passwords might be as simple as adding two more characters. The Basics: Password Storage & Hashes Organizations usually store passwords in one of two ways – 1) as plain text or 2) as hashes. 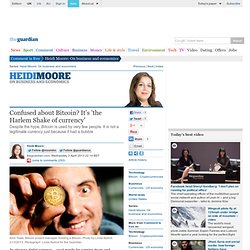 Photo by Linda Nylind. 21/3/2013. Techies building powerful computers to mine for Bitcoins, the new digital currency that could make them millions. By Katie Davies Published: 00:07 GMT, 16 April 2013 | Updated: 20:49 GMT, 16 April 2013 The competitive world of Bitcoin collecting has spawned a wave of supercomputers techies hope will make them a small fortune - even if they cost tens of thousands of dollars to power. 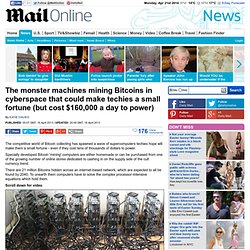 Specially developed Bitcoin 'mining' computers are either homemade or can be purchased from one of the growing number of online stores dedicated to cashing in on the supply side of the cult currency trend. There are 21 million Bitcoins hidden across an internet-based network, which are expected to all be found by 2040. To unearth them computers have to solve the complex processor-intensive equations which hold them.

Bitcoin Mining Has An Absurd Environmental Impact. Digital Drills: The Monster Machines that Mine Bitcoin. This is what the internet looks like: Spectacular image created by computer hacker captures every iota of online data for 'day in the life' of the web. Faceless computer expert hacked into millions of systems across the globe with a file the size of a small JPEG But rather than spread devastating malware he created amazing map charting internet useThe harmless - but illegal - experiment has provided a unique 'internet census' detailing a day in the life of the web By Amanda Williams Published: 17:35 GMT, 27 March 2013 | Updated: 07:42 GMT, 28 March 2013 A computer hacker has created a unique - but illegal - image of the internet which gives a true picture of a day in the life of the world wide web. 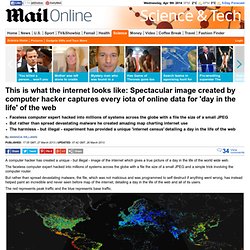 The faceless computer expert hacked into millions of systems across the globe with a file the size of a small JPEG and a simple trick involving the computer router. But rather than spread devastating malware, the file, which was not malicious and was programmed to self destruct if anything went wrong, has instead helped paint an incredible and never seen before map of the internet, detailing a day in the life of the web and all of its users. Snopes.com: What's New on the Urban Legends Reference Site. In The Quest For New Ideas, Can The Internet Replace Random Real-Life Discovery?

Graham Yost had an uphill battle when he created Justified. 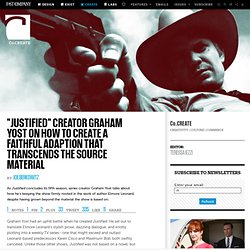 He set out to translate Elmore Leonard's stylish prose, dazzling dialogue, and knotty plotting into a weekly TV series--one that might exceed and outlast Leonard-based predecessors Karen Cisco and Maximum Bob, both swiftly canceled. Unlike those other shows, Justified was not based on a novel, but rather the short story, "Fire in the Hole.

" And also unlike them, Yost's show succeeded for five critically beloved seasons. In order to get this far, however, he and his writers had to go rogue, venturing well outside the margins of the late, great author's work. Justified is the story of Raylan Givens, a U.S.