The Art of Evangelism. A long time ago I was a revolutionary at Apple. 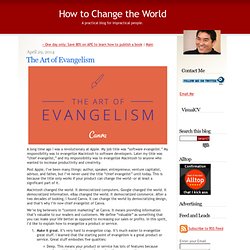 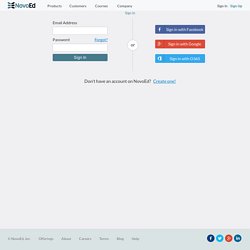 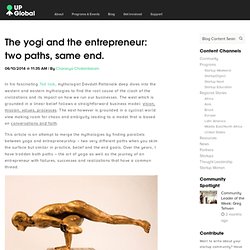 The west which is grounded in a linear belief follows a straightforward business model: vision, mission, values, processes. The east however is grounded in a cyclical world view making room for chaos and ambiguity leading to a model that is based on conversations and faith. This article is an attempt to merge the mythologies by finding parallels between yoga and entrepreneurship – two very different paths when you skim the surface but similar in practice, belief and the end goals. Over the years, I have trodden both paths – the art of yoga as well as the journey of an entrepreneur with failures, successes and realizations that have a common thread. Presence The essence of yoga lies in you being present. Awareness The practice of yoga enables you to find the equilibrium within.

Book Review : Steal like an artist. We thought of Steve Jobs quoting Picasso on how, “good artists copy, great artists steal,” while ordering the book. 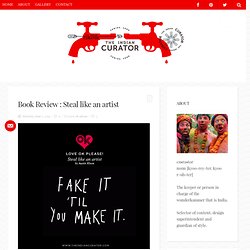 A light and inspiring read, Steal like an artist bestows knowledge and an attitude that could change your life, and its all based on an untold truth about becoming an artist. The holy grail indeed. The idea of celebrating ‘stealing and copying’ sounded so taboo. Yeah, I could do that, but that’s just not done! Wrong. Even famous Lakers basketball player Kobe Bryant copied moves from watching tapes of his ball playing heroes. Kleon then presents a wonderful technique to build your own talent. Books I’m currently reading. 3 articles that will help newbie entrepreneurs optimise their startup strategy. Great lessons to learn for those... - Charanya Chidambaram.

Bangalore Lean Startup Machine. Muki Regunathan’s journey as an entrepreneur is a. Ride the wave of change. Gautam Ghai, co-founder of SourceFuse, a Global Digital Product Development company, has a simple message for the young and hopefuls looking to start a business. 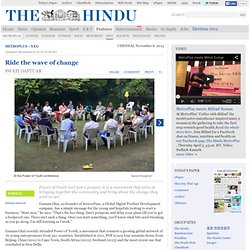 “Start now,” he says. “That’s the key thing. Don’t postpone and delay your plans till you’ve got a foolproof one. There isn’t such a thing. Once you start something, you’ll know what bits need tweaking as you go along. Gautam Ghai recently attended Power of Youth, a movement that connects a growing global network of 70 young entrepreneurs from 39+ countries. A sort of residency for young and dynamic entrepreneurs that offer them more than the usual cut and dry networking platform, the POY summit aims to create a synergy between two key ideas – growth of self and growth of business.

Adam’s vision, one that essentially takes an idealistic view of entrepreneurial motivations, seems to have worked. “Raising funds is one of the most challenging parts to break into the entrepreneurial world. Are things changing in India? Power of Youth Global Summit 2013 Tickets & Schedule, 26 October 2013 at New Delhi, Zorba The Buddha, 7, Tropical Drive, Near Ghitorni Metro Station. : New Delhi. AVERAGE AGE: 27 years AVERAGE TURNOVER: $ 2.7 M COUNTRIES REPRESENTED: 39 This is POWER OF YOUTH, a growing community of highly successful entrepreneurs who believe business should be at the heart of building a better, more just, and sustainable world. 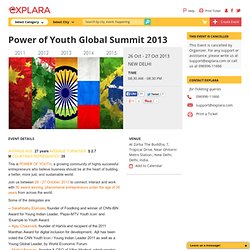 Join us between 26 - 27 October, 2013 to connect, interact and work with 30 award winning, phenomenal entrepreneurs under the age of 35 years from across the world. Some of the delegates are: Of smashing lines and deleting boundaries. #ttot. Want to Grow Your Business? Get Out of the Way. Some entrepreneurs see 20-hour days as the entry-fee to success. 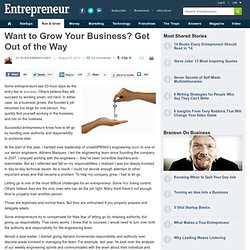 Others believe they will succeed by working smart, not hard. In either case, as a business grows, the founder's job becomes too large for one person. You quickly find yourself working in the business, and not on the business. Successful entrepreneurs know how to let go by handing over authority and responsibility to someone else. Jobs.pixelonomics. Travel Weavers, Job Description Profile: Story Weaver & Maker of dreams Period: A minimum of 3 months Remuneration: Industry standards. 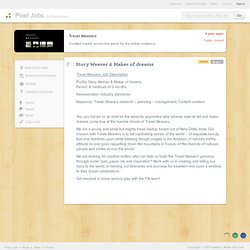 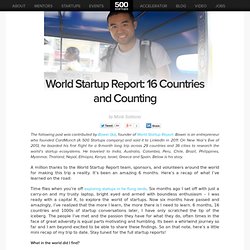 Bowei is an entrepreneur who founded CardMunch (A 500 Startups company) and sold it to LinkedIn in 2011. On New Year’s Eve of 2013, he boarded his first flight for a 9-month long trip across 29 countries and 36 cities to research the world’s startup ecosystems. He traveled to India, Australia, Colombia, Peru, Chile, Brazil, Philippines, Myanmar, Thailand, Nepal, Ethiopia, Kenya, Israel, Greece and Spain. Below is his story. Jason Fried: Education As A Customer Acquisition Strategy. UFOstart.

This is your LIFE. Do what you LOVE.  Brilliant! Echoes my opinion and that of many. The battle of a lonely entrepreneur. #Startup Daily. Winning through failures.