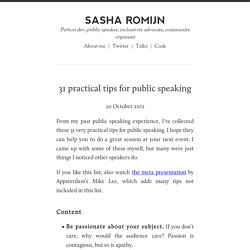 I hope they can help you to do a great session at your next event. I came up with some of these myself, but many were just things I noticed other speakers do. If you like this list, also watch the meta presentation by Appsterdam’s Mike Lee, which adds many tips not included in this list. Content Be passionate about your subject. Slides. Why you should speak (at Djangocon Europe) — Sasha Romijn. In early June, Djangocon Europe is held in Cardiff, Wales, and the call for papers is still open until the 18th of March. 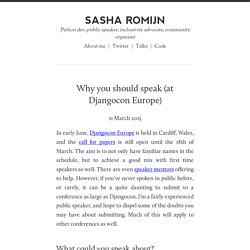 The aim is to not only have familiar names in the schedule, but to achieve a good mix with first time speakers as well. Ten Questions You Never Knew You Could Ask In A Job Interview. A job interview is not just a place for you to show your stuff and prove to an employer that they should hire you. 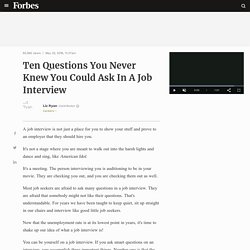 It's not a stage where you are meant to walk out into the harsh lights and dance and sing, like American Idol. It's a meeting. The person interviewing you is auditioning to be in your movie. They are checking you out, and you are checking them out as well. Most job seekers are afraid to ask many questions in a job interview. Snarky Answers to Stupid Job Interview Questions.

The "Do Something" Principle. I‘ve been working with self development advice for a large percentage of my life. 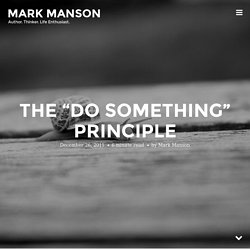 I’ve come across a lot of concepts and ideas as well as invented quite a few of my own. But the following is one of the most important ideas I’ve stumbled across in my life: Action isn’t just the effect of motivation, but also the cause of it. Most people only commit to action if they feel a certain level of motivation. And they only feel motivation when they feel an emotional inspiration. People only become motivated to study for the exam when they’re afraid of the consequences. And we’ve all slacked off for lack of motivation before. Emotional Inspiration → Motivation → Desirable Action But there’s a problem with operating under this framework: often the changes and actions we most need in our lives are inspired by negative emotions which simultaneously hinder us from taking action.

It’s a Catch-22 of sorts. My Best Job Search Tip: How To Create An 'Interview Bucket List' 7 Lies Employers Use To Trick You Into Working For Them. How To Learn The Russian Cyrillic Alphabet In Just A Few Hours. Since Lauren is learning Russian and had started with the Cyrillic alphabet first, we can see how important this is to begin on so that you can boost the rest of your progress. 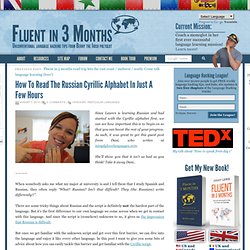 As such, it was great to get this guest post from Dani, who writes at isimplylovelanguages.com. She’ll show you that it isn’t as bad as you think! Take it away Dani.. When somebody asks me what my major at university is and I tell them that I study Spanish and Russian, they often reply “What? Russian? There are some tricky things about Russian and the script is definitely not the hardest part of the language. But once we get familiar with the unknown script and get over this first barrier, we can dive into the language and enjoy it like every other language.

Anti-pattern. Why You Learn More Effectively by Writing Than Typing. Why Programming For Kids. This is a guest post by Peter Armstrong. 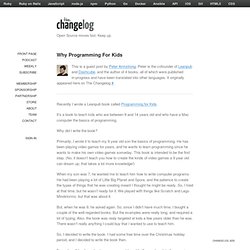 Peter is the cofounder of Leanpub and Dashcube, and the author of 4 books, all of which were published in-progress and have been translated into other languages. It originally appeared here on The Changelog #. Elizabeth Sampat's Blog - Women Don't Want To Work In Games (And Other Myths) The following blog post, unless otherwise noted, was written by a member of Gamasutra’s community. 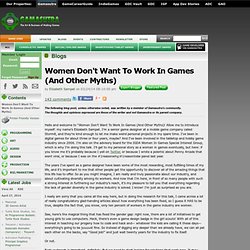 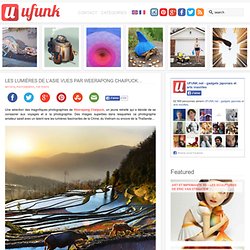 50 Adorable Photos Of Danbo That Make You Go Awww! Originally created by Japanese artist Kiyohiko Azuma in his manga “Yotsuba&! 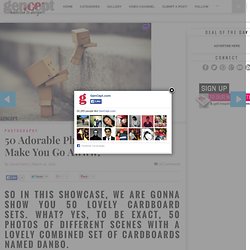 “, Danbo was originally intended to be a fake and funny robot which a human wears a combined set of cardboards, and interacts only when other puts coin into the slot located on its body. Amazon Japan spotted the idea, and used it for marketing, and it was a tremendous success. Since then, photographers everywhere were inspired to make something really fun and even artistic with the Danbo, and this post serves to be a collection of awesome Danbo photos for you to enjoy and even experience some of the most beautiful moments of mini Danbo’s life! Spend a moment with this post if you didn’t smile for some days, it’ll be interesting – we promise A Sunny Day. Battle Breakdance. Be Careful. Can I Live With You. Crucified Danbo. Danbo and Blue Android. Danbos as Mary and Jesus. Danbo’s Bath Time. Hot Bath. Danbo Busking. How Writing 1000 Words a Day Changed My Life — On Publishing. So I decided, there was only one way I was going to be able to pull this off: write 1000 words a day. 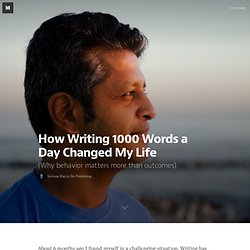 It had to go from being a task on my to-do list to a habit. What I didn’t realize is just how much that was going to change my life. It wasn’t long before I figured out the necessary elements to easily write 1000 words a day. I would wake up every morning and I would just put my fingers on the keyboard. Most of what I wrote was garbage. But when I powered through the garbage(sometimes the first 200 words), I ended up with gold. *If you’re interested in hearing an interview with Erik Wahl, click here. How to Consistently Write 1000 Words a Day. One of the secrets of the most successful bloggers is that they are prolific.