How Apple Watch Cellular Works - Cell Phone Zone. Using Apple Watch’s cellular feature, you can make calls, use the Walkie-Talkie feature, reply to messages, receive notifications, and stream podcasts or music, even when you don’t have your iPhone with you or are linked to a Wi-Fi connection. 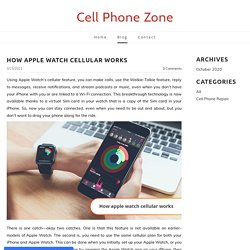 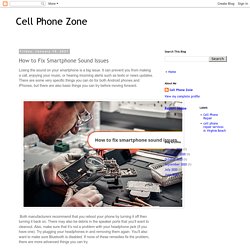 It can prevent you from making a call, enjoying your music, or hearing incoming alerts such as texts or news updates. There are some very specific things you can do for both Android phones and iPhones, but there are also basic things you can try before moving forward. Both manufacturers recommend that you reboot your phone by turning it off then turning it back on. There may also be debris in the speaker ports that you’ll want to cleanout. Also, make sure that it’s not a problem with your headphone jack (if you have one). Android phones: Check to see if the speaker is engaged and the in-call volume is up.Some apps like Facebook allow you to mute sound separately.

iPhones: If your phone has a “Ring/Silent” switch, move the switch upward toward the phone’s display so the orange is no longer showing.In “Settings,” go to “Sounds” and drag the “Ringer” and “Alerts” sliders back and forth a few times, then turn them both up. Why Does My iPhone X Screen Crack So Easily and What Should I Do to Fix It? – Cell Phone Zone. For years, Apple has been working diligently to improve the durability of the glass they use for their iPhone screens. 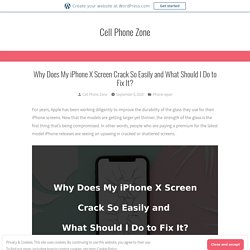 Now that the models are getting larger yet thinner, the strength of the glass is the first thing that’s being compromised. In other words, people who are paying a premium for the latest model iPhone releases are seeing an upswing in cracked or shattered screens. If you have a newer model iPhone and your screen is still intact, your best option is to buy a tempered glass protector and a protective case for it, and be as careful as you can not to drop your phone or put it in a situation where it might get knocked off a surface and crash to the ground. There are plenty of replaceable plastic films on the market that you can stick to the surface of your phone’s glass, but these are primarily intended to keep the glass from scratching. These protective films can also diminish the sensitivity of your iPhone’s screen, making it less responsive. Like this: Like Loading... Top Tips to Protect Your Android Phone Screen.

How to keep your iPhone safe at the beach. The best features of the iPhone 11 Pro Max – Cell Phone Zone. When the iPhone 11 series was officially launched in September 2019, it was packed with a number of new and exciting features, starting with a brand-new case color to choose from—Midnight Green. 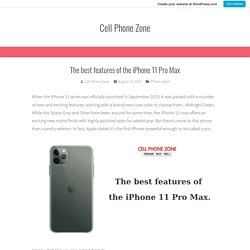 While the Space Gray and Silver have been around for some time, the iPhone 11 now offers an exciting new matte finish with highly polished sides for added pop. But there’s more to this phone than a pretty exterior. In fact, Apple stated it’s the first iPhone powerful enough to be called a pro. How to use widgets in iOS 14. Cell Phone Repair. Top tips to prevent your iPhone screen from getting scratched. Screen & Battery Replacement. Tips on how to take better pictures with your iPhone. Cell Phone Zone: Where to Repair Your iPhone With Apple Stores Closed Due to COVID-19? On March 13, 2020, Apple announced they would be closing their retail stores due to the COVID-19 pandemic. 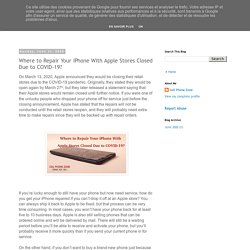 Originally, they stated they would be open again by March 27th, but they later released a statement saying that their Apple stores would remain closed until further notice. If you were one of the unlucky people who dropped your phone off for service just before the closing announcement, Apple has stated that the repairs will not be conducted until the retail stores reopen, and they will probably need extra time to make repairs since they will be backed up with repair orders. Common tips to minimize the use of computer repair services. Why Your Iphone Battery Is Draining So Quickly and What You Can Do to Fix It. – Cell Phone Zone. There are a number of issues that can cause your iPhone battery to drain more quickly than usual: – Temperature. 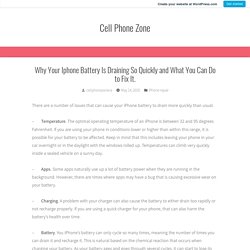 The optimal operating temperature of an iPhone is between 32 and 95 degrees Fahrenheit. If you are using your phone in conditions lower or higher than within this range, it is possible for your battery to be affected. Keep in mind that this includes leaving your phone in your car overnight or in the daylight with the windows rolled up. Temperatures can climb very quickly inside a sealed vehicle on a sunny day. – Apps. . – Charging. . – Battery. How safe and reliable are online mobile repair companies? Repair Phone Vs Buy New: Former Wins the Battle! See How. Repair your cell phone instead of buying new. The Best Ways to Fix Your Apple Watch When the Touch Screen Isn’t Working. Repair Your Broken Tablet from Cell Phone Zone.