Principal teacher. A principal teacher (PT), in Scotland is a promoted post that usually refers to being head of a particular department within a secondary school, in charge of running the department and ensuring it is performing to school standard, but can also refer to a 'guidance' position with responsibility for the pastoral care of a cohort of pupils. 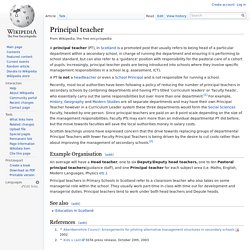 Increasingly, principal teacher posts are being introduced into schools where they involve specific management responsibilities in a school (e.g. assessment, ICT). Scottish teachings unions have expressed concern that the drive towards replacing groups of departmental Principal Teachers with fewer Faculty Principal Teachers is being driven by the desire to cut costs rather than about improving the management of secondary schools.[2] Example Organisation[edit] An average will have a Head teacher, one to six Deputy/Deputy head teachers, one to ten Pastoral principal teachers(guidance staff), and one Principal teacher for each subject area (i.e. 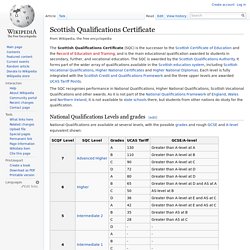 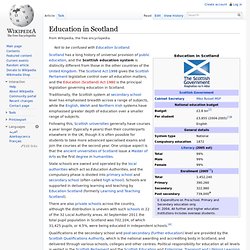 State schools are owned and operated by the local authorities which act as Education Authorities, and the compulsory phase is divided into primary school and secondary school (often called high school). Schools are supported in delivering learning and teaching by Education Scotland (formerly Learning and Teaching Scotland). There are also private schools across the country, although the distribution is uneven with such schools in 22 of the 32 Local Authority areas. At September 2011 the total pupil population in Scotland was 702,104, of which 31,425 pupils, or 4.5%, were being educated in independent schools.[4] Standard Grade. Standard Grades (Scottish Gaelic: Ìre Choitcheann) are Scotland's educational qualifications for students aged around 14 to 16 years, which are due to be fully replaced when Scottish Qualifications Authority's Higher Still system becomes the main qualifications as part of the major shake up of Scotland's education system as part of Scottish Credit and Qualifications Framework overhaul. 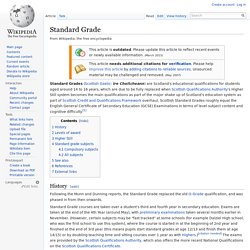 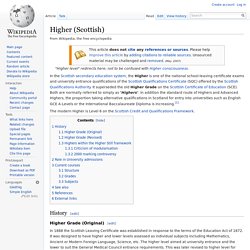 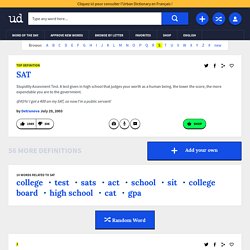 This test is required by most colleges, though some will accept the ACT instead. The SAT has come under much controversy, especially because so much weight is put on how well a student does on a single test. Many opponents of the exam have said that many students are creative, but cannot perform well on standardized tests. Also, it is now popularly believed that wealthy students can "buy" their SAT score.

Many hire the best programs and tutors that money can afford to get high scores. However, the SAT was revised as of 2005. The SAT is resented by many students and in recent years the ACT has become more popular, because of its more straight-forward testing approach. The SAT is a test that many people feel to be an unfair way to judge the worth of a student. Are Scottish schools still better than English ones? The mock Higher exams have just finished at Deans Community high school in Livingston and 17-year-old Scott James is quietly confident. 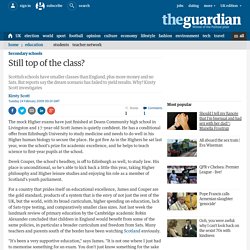 He has a conditional offer from Edinburgh University to study medicine and needs to do well in his Higher human biology to secure the place. He got five As in the Highers he sat last year, won the school's prize for academic excellence, and he helps to teach science to first-year pupils at the school. Derek Couper, the school's headboy, is off to Edinburgh as well, to study law. His place is unconditional, so he's able to kick back a little this year, taking Higher philosophy and Higher leisure studies and enjoying his role as a member of Scotland's youth parliament. 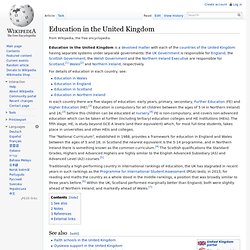 For details of education in each country, see: In each country there are five stages of education: early years, primary, secondary, Further Education (FE) and Higher Education (HE).[3] Education is compulsory for all children between the ages of 5 (4 in Northern Ireland) and 16;[3] before this children can be educated at nursery.[4] FE is non-compulsory, and covers non-advanced education which can be taken at further (including tertiary) education colleges and HE institutions (HEIs).