Woman accusing Trump of raping her at 13 cancels her plan to go public. A woman who is suing Donald Trump for allegedly raping her as a child abandoned a plan to speak publicly on Wednesday, citing death threats. 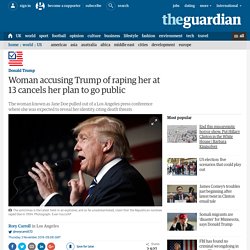 The woman, known by the pseudonym Jane Doe, hid from media who were invited to her lawyer’s Los Angeles office for a press conference in which she was expected to reveal her identity. Instead, her attorney, Lisa Bloom, cancelled the event in a brief, apologetic statement to a phalanx of cameras. Watch Hillary Clinton Answer Nearly 40 Years Of Sexism. The Trump paradox: A rough guide for the Left - Left Flank. Racist … fascist … Islamophobe … a racist piece of shit … immigrant hater … a right-wing nativist populist … bigot … racist asshole … an ugly and dangerous force in American politics … full fascist—Recent descriptions of Donald Trump from various sections of the US liberal and socialist Left We’re at that stage of the US presidential electoral cycle when red-faced commentators are admitting they might have underestimated Donald Trump’s chances a little. 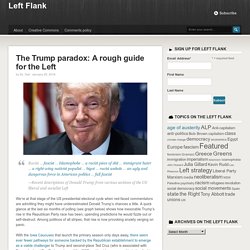 A quick glance at the last six months of polling (see graph below) shows how inexorable Trump’s rise in the Republican Party race has been, upending predictions he would fizzle out or self-destruct. Among politicos of all stripes, that rise is now provoking anxiety verging on panic. On the Left (in its liberal and more radical versions) there has been a schizophrenic reaction, with Trump alternately treated as a joke or the most dangerously reactionary candidate of all time. Source: RealClearPolitics. Therapists Say the Election Is Giving Women Anxiety. Even before the release of the 2005 Access Hollywood tape, Donald Trump’s candidacy was giving women anxiety. 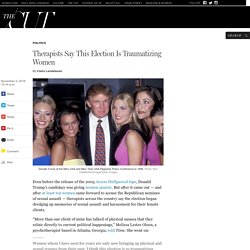 But after it came out — and after at least ten women came forward to accuse the Republican nominee of sexual assault — therapists across the country say the election began dredging up memories of sexual assault and harassment for their female clients. “More than one client of mine has talked of physical nausea that they relate directly to current political happenings,” Melissa Lester Olson, a psychotherapist based in Atlanta, Georgia, told Time. 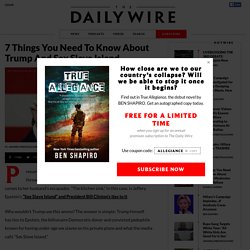 "The kitchen sink," in this case, is Jeffery Epstein's “Sex Slave Island” and President Bill Clinton’s ties to it. Why wouldn’t Trump use this ammo? The answer is simple: Trump himself has ties to Epstein, the billionaire Democratic donor and convicted pedophile known for having under-age sex slaves on his private plane and what the media calls "Sex Slave Island.

Since then, Trump has been accused of harassment and assault by a number of women, with several coming forward to share their harrowing stories of alleged misconduct by a so-called “megalomaniac” who also happens to be running for president. The Cut has compiled a list of all the new allegations against Trump, as well as past accusations of assault, harassment, and discrimination by women. Kissing a Former Miss USA Contestant Twice Without Consent Former Miss USA contestant Temple Taggart McDowell claims Trump kissed her on the lips on at least two occasions without consent when she was just 21 years old. America really, really hates women. I have a laugh like Hillary’s — a loud, open-mouthed, unladylike, boisterous laugh that sometimes makes people stare at me. 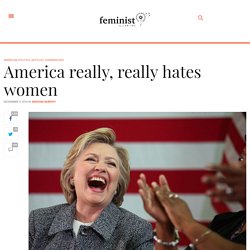 My laugh is not an attractive laugh. It’s not cute or girlish. The world, apparently, hates that. The world hates loud, unapologetic women who persevere despite relentless efforts to shut them the fuck up. Especially ones who can still laugh along the way, unwilling to be silenced and stifled by the hatred fueled by patriarchy.