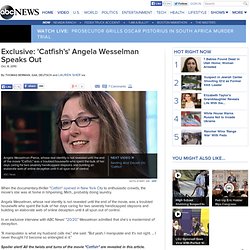 Angela Wesselman, whose real identity is not revealed until the end of the movie, was a troubled housewife who spent the bulk of her days caring for two severely handicapped stepsons and building an elaborate web of online deception until it all spun out of control. ‘The Catfish Lady’ EDITOR'S NOTE: In the first of a two-part story, the local woman whose life became a national topic of conversation speaks about the "Catfish" phenomenon. 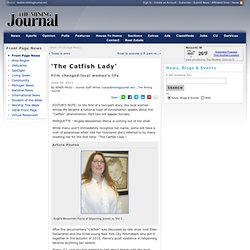 Part two will appear Sunday. In A Sense, Lost: Bending My Own Rules. CATFISH: Real or Fake? It’s a fake…sort of. Last night I got a chance to watch CATFISH which is being marketed as a cautionary documentary that explores the world of online relationships, or at least a couple of online relationships that one guy has. 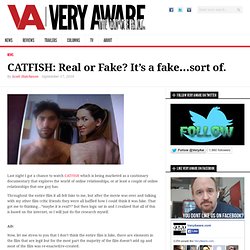 Throughout the entire film it all felt fake to me, but after the movie was over and talking with my other film critic friends they were all baffled how I could think it was fake. That got me to thinking…”maybe it is real?!” But then logic sat in and I realized that all of this is based on the internet, so I will just do the research myself. Now, let me stress to you that I don’t think the entire film is fake, there are elements in the film that are legit but for the most part the majority of the film doesn’t add up and most of the film was re-enacted/re-created. I am putting a strict warning here, if you read anything below this it will spoil the movie for you.

Everything is on camera. The timing of when they actually started filming is a little weird to me as well. You be the judge. Exclusive: 'Catfish' Filmmakers Grilled on Truth & Fiction. “It was unbelievable when it was happening to us — but it did happen” Sundance's breakout documentary "Catfish" has been getting plenty of buzz, but not for all the right reasons. 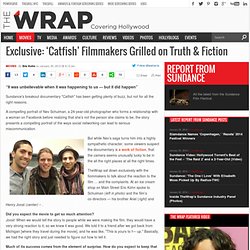 A compelling portrait of Nev Schulman, a 24-year-old photographer who forms a relationship with a woman on Facebook before realizing that she's not the person she claims to be, the story presents a compelling portrait of the ways social networking can lead to serious miscommunication. But while Nev’s saga turns him into a highly sympathetic character, some viewers suspect the documentary is a work of fiction, that the camera seems unusually lucky to be in the all the right places at all the right times. TheWrap sat down exclusively with the fiommakers to talk about the reaction to the film … and the complaints. At an ice cream shop on Main Street Eric Kohn spoke to Schulman (left in photo) and the film’s co-directors — his brother Ariel (right) and Henry Joost (center) – . Director Henry Joost: The True Story Behind 'Catfish' HOLLYBLOG: Everyone was entranced by the paintings, the story, the daily drama — we followed it like a soap opera, until one day the story changed I share an office in New York City with my business partner Ariel Schulman and his younger brother Nev, a photographer. 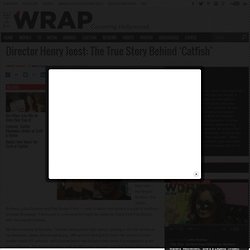 Our threshold for considering something interesting enough to film is very, very low. You can buy an SD card for $10 at Radioshack. And you can always delete the footage if it’s no good, even though we never do. When Nev started to correspond with an 8-year-old kid who reached out to him on the internet, Ariel pulled out his camera instinctively. We're part of a loose association of like-minded filmmakers in New York — the Neistat Brothers, the Safdie Brothers, Lena Dunham and Red Bucket Films — most of whom rent studios in a pair of buildings on lower Broadway. We film ourselves all the time. Our videos would occasionally end up part of a short film, or on YouTube, but mostly just get filed away on a hard-drive, unwatched.

Brothers Nev and Rel Schulman on Their New Documentary, 'Catfish' Ariel Schulman is walking me through the offices of his film-production company, Supermarché, on lower Broadway. 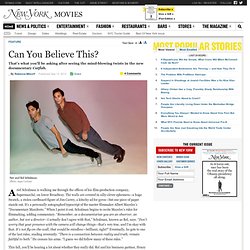 The walls are covered in silly-clever ephemera—a huge Swatch, a stolen cardboard figure of Jim Carrey, a kitschy ad for gyros—but one piece of paper stands out. It’s a personally autographed typescript of the master filmmaker Albert Maysles’s “Documentary Manifesto.” When I point it out, Schulman begins to recite Maysles’s rules for filmmaking, adding commentary. “Remember, as a documentarian you are an observer, an author, but not a director—I actually don’t agree with that,” Schulman, known as Rel, says. “Don’t worry that your presence with the camera will change things—that’s very true, and I’m okay with that. This fall, you’ll be hearing a lot about whether they really did. His brother provided one. Plenty of people think the film may be, too. Nev admits that both those statements are half-true. 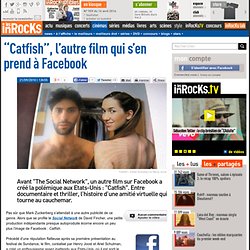