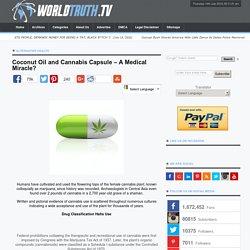 Archaeologists in Central Asia even found over 2 pounds of cannabis in a 2,700 year-old grave of a shaman. Written and pictorial evidence of cannabis use is scattered throughout numerous cultures indicating a wide acceptance and use of the plant for thousands of years. Drug Classification Halts Use Federal prohibitions outlawing the therapeutic and recreational use of cannabis were first imposed by Congress with the Marijuana Tax Act of 1937. Later, the plant’s organic compounds (cannabinoids) were classified as a Schedule I substance under the Controlled Substances Act of 1970. 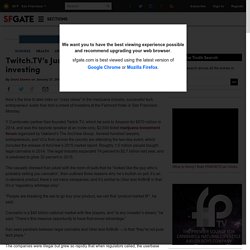 Y Combinator partner Kan founded Twitch.TV, which he sold to Amazon for $970 million in 2014, and was the keynote speaker at an invite-only, $2,500-ticket marijuana investment forum organized by Oakland’s The ArcView Group. Several hundred lawyers, entrepreneurs, and VCs from across the country are attending the two-day event, which included the release of ArcView’s 2015 market report. 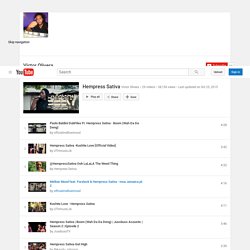