Why Makeup Isn't Superficial. Pretty Unnecessary. Taking beauty out of body positivity In the early 2000s, when I was a burgeoning fashionable fat girl, I stumbled across the LiveJournal community Fatshionista. 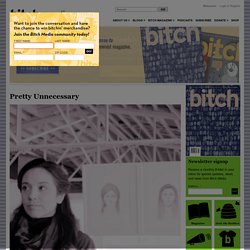 I loved seeing pictures of women my size or larger dressed in stylish, interesting, sexy clothes, embracing bright colors and form-fitting cuts, performing liberation and defiance. Even while I stayed on the outskirts of body positivity during my high school and college years, I still found a well of confidence and self-esteem that television commercials and women’s magazines never offered me. Today, a Google search for “body positivity” yields nearly 10 million hits, many of them grassroots online communities aiming to challenge prevailing notions of beauty. Even cosmetics companies are getting in on the act. Reminder: You are under no obligation to look pretty. You Don’t Have to Be Pretty. So the other day, folks in the comments were talking about leggings. 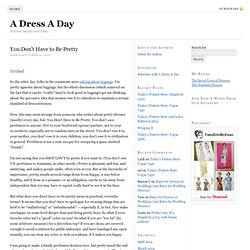 I'm pretty agnostic about leggings, but the whole discussion (which centered on the fact that it can be *really* hard to look good in leggings) got me thinking about the pervasive idea that women owe it to onlookers to maintain a certain standard of decorativeness. Now, this may seem strange from someone who writes about pretty dresses (mostly) every day, but: You Don't Have to Be Pretty. You don't owe prettiness to anyone. Not to your boyfriend/spouse/partner, not to your co-workers, especially not to random men on the street. Women with severe skin conditions show how cosmetics can be empowering. The Dermablend ads come as millions of women have been posting no-make-up selfies By Margot Peppers Published: 21:45 GMT, 2 April 2014 | Updated: 22:34 GMT, 2 April 2014 A new cosmetics ad goes against the typical girl-power creed of embracing your natural look by showing how make-up can actually empower women. 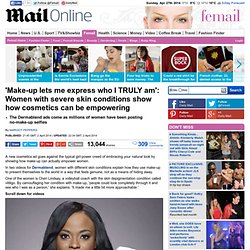 In two videos for Dermablend, women with different skin conditions explain how they use make-up to present themselves to the world in a way that feels genuine, not as a means of hiding away. One of the women is Cheri Lindsay, a volleyball coach with the skin depigmentation condition called vitiligo. Scroll down for videos. Le culte de la beauté : voyez 7 films sur l'apparence physique. Les (Z)imparfaites: Grosse? Mince? Normale? Correct? Dernièrement, à travers mille et un trucs plutôt insignifiants sur Facebook, deux trucs sont sortis du lot. 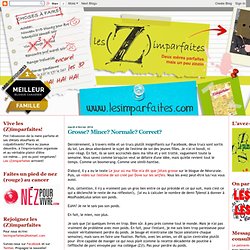 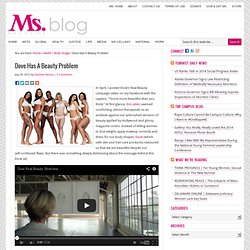 At first glance, this video seemed comforting, almost therapeutic as an antidote against our airbrushed versions of beauty typified by Hollywood and glossy magazine covers. Instead of telling women to lose weight, apply makeup correctly and dress for our body shapes, Dove (which sells skin and hair-care products) reassured us that we are beautiful despite our self-confessed flaws. But there was something deeply distressing about the message behind this Dove ad: With soothing music playing in the background, the ad traces various women as they describe themselves to a former forensic artist. From behind the curtain, he sketches, following their lead while also completing a second portrait—one based on how a stranger describes the woman.

But among many other problematic aspects of this ad, Dove wants us to know that being beautiful is still what matters most. You Don’t Have to Be Pretty. Should Beauty Be the Goal? Dove has released a new campaign project that is going viral. 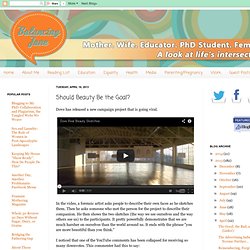 In the video, a forensic artist asks people to describe their own faces as he sketches them. Then he asks someone who met the person for the project to describe their companion. He then shows the two sketches (the way we see ourselves and the way others see us) to the participants. It pretty powerfully demonstrates that we are much harsher on ourselves than the world around us. It ends with the phrase "you are more beautiful than you think. " I noticed that one of the YouTube comments has been collapsed for receiving so many downvotes. This Woman's Beef With Prettiness Will Leave You Speechless. La beauté au naturel sur les bancs d'école. Ce mouvement zéro maquillage origine des États-Unis, plus précisément d'un collège au Texas où un groupe de jeunes femmes a banni les fards cosmétiques et rouges à lèvres de leur classe. 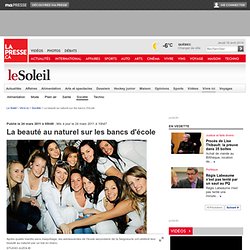 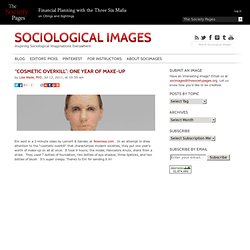 In an attempt to draw attention to the “cosmetic overkill” that characterizes modern societies, they put one year’s worth of make-up on all at once. In defence of fake beauty - Features. Media Watch: La journée sans maquillage. The xoJane and Gabi Fresh Fatkini Gallery: 31 Hot Sexy Fat Girls in Skimpy Swimwear. Last month, for the second year in a row, I posted photos of myself in a bikini on my personal style blog. 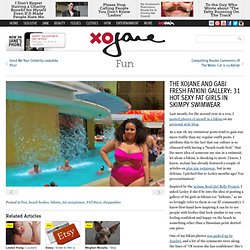 As a size 18, my swimwear posts tend to gain way more traffic than my regular outfit posts. I attribute this to the fact that our culture is so obsessed with having a "beach ready bod," that the mere idea of someone my size in a swimsuit, let alone a bikini, is shocking to most. I know, I know, xoJane has already featured a couple of articles on plus size swimwear, but in my defense, I pitched this to Lesley months ago! Yay procrastination! Inspired by the xoJane Real Girl Belly Project, I asked Lesley if she'd be into the idea of posting a gallery of fat girls in bikinis (or "fatkinis," as we so lovingly refer to them in our lil' community). One of my bikini photos was picked up by Jezebel, and a lot of the comments were along the lines of "Of course she has confidence!