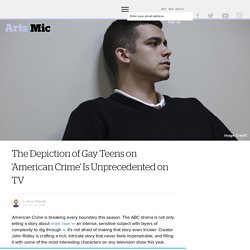 The ABC drama is not only telling a story about male rape — an intense, sensitive subject with layers of complexity to dig through — it's not afraid of making that story even trickier. Creator John Ridley is crafting a rich, intricate story that never feels impenetrable, and filling it with some of the most interesting characters on any television show this year. Spoilers for the series' second season from here on out. Wednesday night's episode introduced a new wrinkle into the story of Taylor (Connor Jessup) and Eric (Joey Pollari), two high school boys shaken to their cores by a party gone wrong. Taylor says he was sexually assaulted at the party. 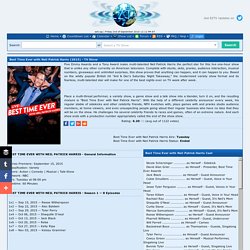 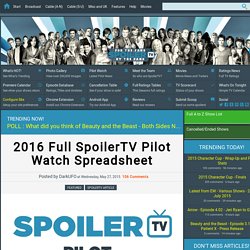 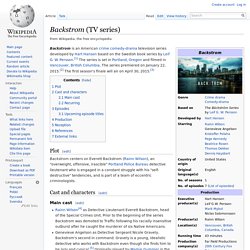 W. Persson.[1] The series is set in Portland, Oregon and filmed in Vancouver, British Columbia. The series premiered on January 22, 2015.[2] The first season's finale will air on April 30, 2015.[3] Backstrom centers on Everett Backstrom (Rainn Wilson), an "overweight, offensive, irascible" Portland Police Bureau detective lieutenant who is engaged in a constant struggle with his "self-destructive" tendencies, and is part of a team of eccentric criminologists. In July 2012, CBS greenlit a pilot episode to be produced for Backstrom.[16] The pilot for the series was filmed in Vancouver, British Columbia, Canada.[17] Backstrom has been met with mixed reviews from critics.

My So-Called Life. My So-Called Life is an American teen drama television series created by Winnie Holzman and produced by Edward Zwick and Marshall Herskovitz.[3][4] It originally aired on ABC from August 25, 1994, to January 26, 1995, and was distributed by The Bedford Falls Company with ABC Productions. 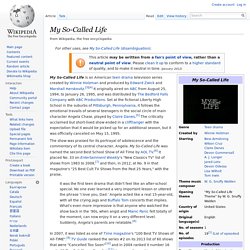 Set at the fictional Liberty High School in the suburbs of Pittsburgh, Pennsylvania, it follows the emotional travails of several teenagers in the social circle of main character Angela Chase, played by Claire Danes.[5] The critically acclaimed but short-lived show ended in a cliffhanger with the expectation that it would be picked up for an additional season, but it was officially canceled on May 15, 1995. The show was praised for its portrayal of adolescence and the commentary of its central character, Angela. It was the first teen drama that didn't feel like an after-school special. No one ever learned a very important lesson or uttered the phrase 'I love you, Dad.' Themes[edit] Characters[edit] The Following (TV Series 2013– ) 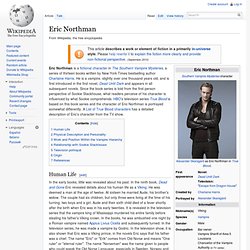 He is a vampire, slightly over one thousand years old, and is first introduced in the first novel, Dead Until Dark and appears in all subsequent novels. Since the book series is told from the first person perspective of Sookie Stackhouse, what readers perceive of his character is influenced by what Sookie comprehends. HBO's television series True Blood is based on this book series and the character of Eric Northman is portrayed somewhat differently. A List of True Blood characters has a detailed description of Eric's character from the TV show.

Watch Malcolm in the Middle online (TV Show) - on 1Channel. Watch The Gates online (TV Show) - download TheGates - on 1Channel. Is not available. Is not available. HD video codec is missing: Watch Featured Movies How I Met Your Mother How I Met Your Mother Links Season 1 Episode 1 - Pilot Episode 2 - Purple Giraffe Episode 3 - Sweet Taste of Liberty Episode 4 - Return of the Shirt. 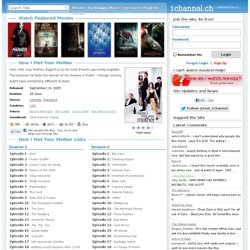