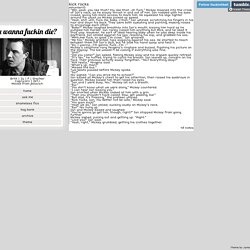 You like that….oh fuck,” Mickey moaned into the crook of Ian’s neck, as he slowly thrust in and out of him. Ian nodded with his eyes closed, giving him more access to mark him. He squeezed his legs tighter around his waist as Mickey picked up speed. Gallavich Week - Year 2 (2014) - Works. Ian's Smile Ch 27, Shameless, 2011. "What the fuck are we supposed to do now? 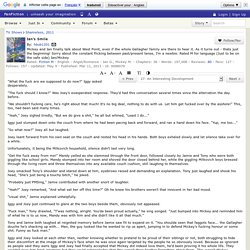 " Iggy asked desperately. "The fuck should I know? " Was Joey's exasperated response. They'd had this conversation several times since the altercation the day before. Gallavich Fic Finds: Archive. Jealous Ian Gallagher - Works. Iggy Milkovich - Works. Jealous Mickey Milkovich - Works. Choices Chapter 1, a white collar fanfic. Even though a day had passed since, Sara still got tingly at the sight of it. 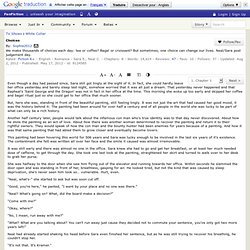 In fact, she could hardly leave her office yesterday and barely sleep last night, somehow worried that it was all just a dream. That yesterday never happened and that Rapheal's 'Saint George and the Dragon' was not in fact in her office at the time. This morning she woke up too early and skipped her coffee and bagel ritual just so she could get to her office that much sooner. But, here she was, standing in front of the beautiful painting, still feeling tingly. It was not just the art that had caused her good mood, it was the history behind it: The painting had been around for over half a century and of all people in the world she was lucky to be part of what can only be a rich history.

Another half century later, people would talk about the infamous con man who's true identity was to that day never discovered. It was still early and there was almost no one in the office. "Neal? Lost Chapter 6: Communication, a white collar fanfic. "So, Mr. 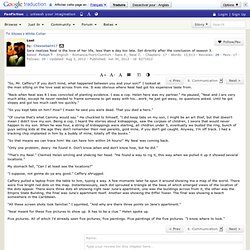 Caffery? If you don't mind, what happened between you and your son? " I looked at the man sitting on the love seat across from me. It was obvious where Neal had got his expensive taste from. White Collar FanFiction Archive. Witch with a Capital B Chapter 5, a covenant fanfic. Chapter Five... 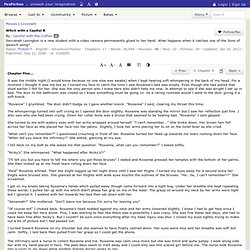 It was the middle night (I would know because no one else was awake) when I kept hearing soft whimpering in the back of my head. For a moment I thought it was me but as I turned my face to catch the time I saw Roxanne's bed was empty. Even though she had pulled that stunt earlier I felt for her. In the Beginning Chapter 1, a covenant fanfic. OKAY! 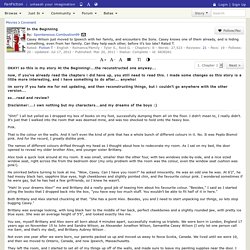 So this is my story At the Beginning!... The recunstructed one anyway... Down the Devil's Throat, a covenant fanfic. There's a trailer on youtube for this story. 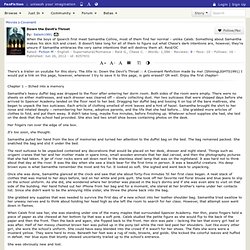 The title is: Down the Devil's Throat :: A Covenant Fanfiction made by me! (ShiningLIGHTS1991) I would put a link on this page, however, whenever I try to save it to this page, is gets erased? Oh well. Enjoy the first chapter! Rugrat4eva. Author has written 11 stories for Covenant, Charmed, and Vampire Diaries. 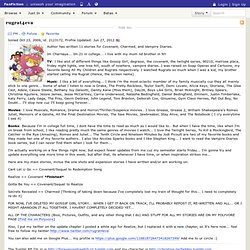 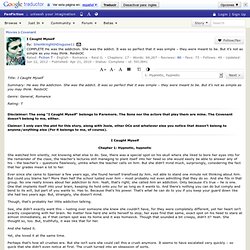 She was the addict. It was so perfect that it was simple – they were meant to be. But it's not as simple as you may think. ReidxOC. UNTITLED So Far Chapter 1, a covenant fanfic. FYI: I do not own the covenant in no way, shape, or form… but God do I wish I did =) Enjoy! 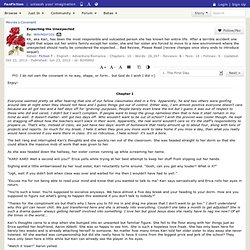 Chapter 1 Everyone seemed pretty ok after hearing that one of our fellow classmates died in a fire. Apparently, he and two others were goofing around late at night when they should not have and I guess things got out of control. Either way, I am almost positive everyone doesn't care because we all got two and a half days off for 'grieving' purposes. The bell rang and interrupted Kari's thoughts and she quickly ran out of the classroom.

Search. Covenant. Search. A Thread Of Innocence Chapter 1: Prologue, a harry potter fanfic. Disclaimer: No recognisable characters belong to me – they are the property of J K Rowling and co. The plot and the rest of the characters however, are mine. Authors Note: Please let me know what you think – I have this story planned out, so updates should be quite frequent. Prologue Panic, undiluted and terrifying, ripped through Hermione as she stared with horror at the plastic test tube clutched in her hand. In an effort to still the fear, she closed her eyes, willing the liquid in the tube to change colour – but of course it didn't. The silence in the house could only mean one thing; her parents were in the sitting room awaiting her verdict. They were sitting in silence, their cups of tea untouched in front of them.

"Oh god, tell me this isn't happening, please! " She threw herself into an armchair and began to cry; great racking sobs which shook her small frame.