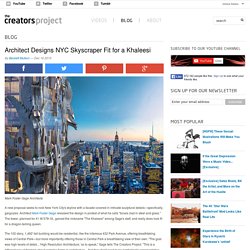 Architect Mark Foster Gage released the design in protest of what he calls "boxes clad in steel and glass. " The tower, planned for 41 W 57th St., gained the nickname "The Khaleesi" among Gage's staff, and really does look fit for a dragon-taming queen. The 102-story, 1,492'-tall building would be residential, like the infamous 432 Park Avenue, offering breathtaking views of Central Park—but more importantly offering those in Central Park a breathtaking view of their own.

"The goal was high levels of detail... Its height and position near Central Park make it inherently controversial, as New Yorkers have protested buildings that cast long shadows over the green haven in the past. New Futurism Shines in Group Show, 'IRIDESCENCE' Clara Luzian. 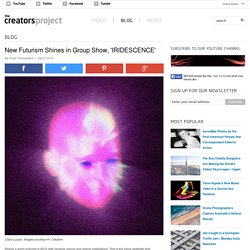 Images courtesy H+ Creative Picture a warm evening in 6015 with rainbow visions and optical installations. This is the future aesthetic that IRIDESCENCE at The Shore Club in South Beach Miami—showcasing 15 international artists—celebrates. Collaborators H+Creative and SP Projects curated sculptural, projected, 2D, 3D, and neon works, all from the New Futurism genre, which blends technological advancements with traditional art practice. The Drone World Expo is the Future. And it Sounds Like Bees. Standing in front of a drone in a mesh cage, a somewhat nervous man with a somewhat Southern accent tells us about his machine, which a pilot is banking left and right and flinging up and down. 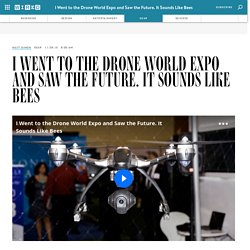 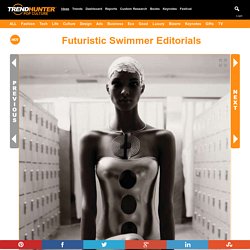 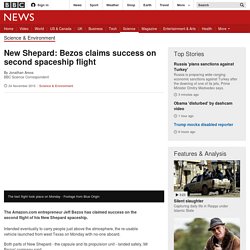 Intended eventually to carry people just above the atmosphere, the re-usable vehicle launched from west Texas on Monday with no-one aboard. Both parts of New Shepard - the capsule and its propulsion unit - landed safely, Mr Bezos' company said. On the maiden outing in April, the propulsion module was lost on the way down because of a hydraulic failure. True to his way of working, the US billionaire gave no specific notice of the flight, stating last week only that another mission would occur "very soon".

This means all the video and information about the event have come out directly from Mr Bezos' space operation, Blue Origin. Image copyright Blue Origin. Blue Origin just landed a space craft back on Earth. Amazon founder Jeff Bezo's private space company Blue Origin has completed a 'historic' test flight, after sending a craft to space before successfully landing it on Earth. 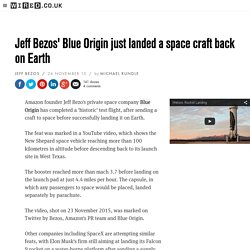 Bristol University's tiny 'row-bot' turns dirty water into electricity. A tiny robot that powers itself by swallowing dirty water could one day play a major role in environmental clean-up efforts. 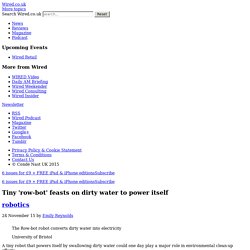 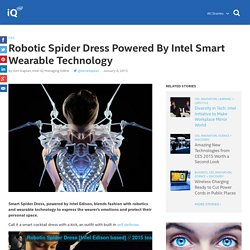 Call it a smart cocktail dress with a kick, an outfit with built in self defense. Specific foil metallic. Eyeborg: Man Replaces False Eye with Bionic Camera. Photo: Tim Hornyak When Canadian filmmaker Rob Spence was a kid, he would peer through the bionic eye of his Six Million Dollar Man action figure. 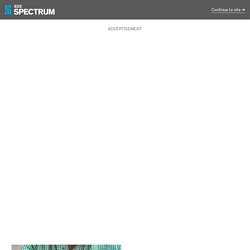 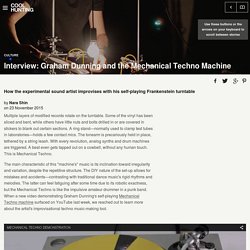 Jiangxi Nanchang Greenland Central Plaza, Parcel A. Text by Nate Berg The twin towers of Jiangxi Nanchang Greenland Central Plaza, Parcel A, were about halfway built when Skidmore, Owings & Merrill (SOM) received a somewhat inconvenient request from the developer. Instead of the designed height of 289 meters (948 feet), the towers were to be adjusted, mid-construction, to reach 300 meters (984 feet). “Adding 11 meters to a building that’s already under construction is not necessarily an easy task,” says lead designer Mark Nagis, AIA, who is based in SOM’s Chicago office. The artist leading the charge for 21st century cyber art.

This profile is part of the On the Up series spotlighting the next generation doing great things to push London’s creative scene forward. In partnership with Microsoft’s most recent Windows upgrade, Windows 10, the series explores the past, present and future of eight trailblazing, tech-savvy artists. Race is the space: Afrofuturism is all about now. Ever noticed how few black characters there are in sci-fi flicks? How those that do exist are sidekicks, baddies or set up to die? How the attitude towards space exploration is markedly similar to colonisation? Thought-controlled bionic arms now available off-the-shelf. Best Futuristic Office Interior Design for Inspiration - Interior. The future is round: why modern architecture turned doughnut-shaped. Interior Design Magazine. Dorma Your Vision Deserves Dorma. 10 Futuristic Design Concepts That Will Change the Way We All Live. Stranded Mars probe sends further signals. Scott Kelly’s ‘UFO’ Photo From Space Sparks Alien Rumors.