Cedar Pan - Cedar Pan posted a video to her Timeline. 01-1-0長橫解說1. 01-1-0長橫解說1. Draw perfect lettering with this easy method. Fabulous & Free Chalkboard Fonts. Chalkboard 101. One of my favorite things to decorate each season is our chalkboards. 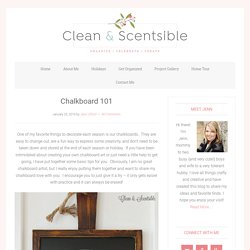 They are easy to change out, are a fun way to express some creativity, and don’t need to be taken down and stored at the end of each season or holiday. If you have been intimidated about creating your own chalkboard art or just need a little help to get going, I have put together some basic tips for you. Obviously, I am no great chalkboard artist, but I really enjoy putting them together and want to share my chalkboard love with you. I encourage you to just give it a try – it only gets easier with practice and it can always be erased! So if you are wondering how to get started, here are some basic chalkboard 101 tips and tricks to read first. Pick a good quality chalkboard. Pick your “chalk”. Gather additional supplies. Use a ruler. 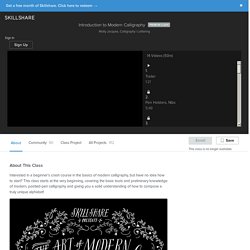 This class starts at the very beginning, covering the basic tools and preliminary knowledge of modern, pointed-pen calligraphy and giving you a solid understanding of how to compose a truly unique alphabet! Within the design community, there has been a rise in demand for basic and advanced calligraphy skills to use in a variety of ways, from wedding calligraphy to typeface design. Through this class, you'll strengthen your eye for design, typographic detail, and distinctiveness. In a world bombarded by images and lettering thousands of times a day, coming across an image of true distinctiveness is something to cherish.

Create that moment. What You'll Learn This class is divided into four progressive units: Understanding the Tools, Learning Letter Structure, Learning the Alphabet, and Developing a Style. What You'll Do What You'll Need Required Tools Secondary Recommended Tools. Free Brush Pen Calligraphy Worksheet. Printable calligraphy practice worksheets. Link to INTRODUCTION It was good to see so many people showing an interest and turning out on such a freezing cold day. 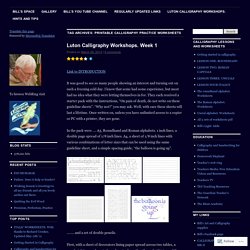 I know that some had some experience, but most had no idea what they were letting themselves in for. They each received a starter pack with the instructions, “On pain of death, do not write on these guideline sheets”. “Why not?” You may ask. In the pack were …. …….. and a set of double pencils. First, with a sheet of decorators lining paper spread across two tables, a very brief (we are here to learn how to do, rather than why) history of the scripts we were going to be using in this session, from Greek, to Roman Capitals, Roman Cursive, leaving Uncials for another day, through Alcuin’s involvement with the Carolingian and Humanist scripts, to Edward Johnston’s study of his foundational hand with which we begin today. Perhaps I should have used Jeffrey’s video to illustrate. Printable calligraphy practice worksheets. Selos, Rotulagem and Caligrafia on Pinterest. Rotulagem, Desenhos and Caligrafia on Pinterest. 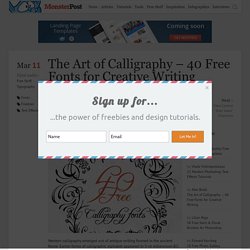 In our creative tasks we express ourselves; looking at the world we share our positive experience. Calligraphy is an art that can help us present our words in a unique and outstanding manner, making them not only speak, but act from your behalf. That’s why calligraphy turned into some sort of a crossing point between drawing and writing. Western calligraphy emerged out of antique writing formed in the ancient Rome. Earlier forms of calligraphic alphabet appeared in 3-rd millennium B.C.

The spread of Christianity gave rise to calligraphy in the West, due to the fact that it was necessary to copy Bible in a large circulation as well as other religious texts. I’ve always been amazed by calligraphic writing. These days calligraphy writing is really popular especially among tattoo maniaks and auto tuning fans. CALIGRAFIA.