Horten Ho 229. The Horten H.IX, RLM designation Ho 229 (often, and wrongly,[1] called Gotha Go 229 because of the identity of the chosen manufacturer of the aircraft) was a German prototype fighter/bomber designed by Reimar and Walter Horten and built by Gothaer Waggonfabrik late in World War II. 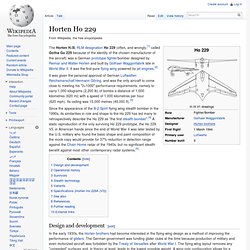 It was the first pure flying wing powered by jet engines.[2] It was given the personal approval of German Luftwaffen Reichsmarschall Hermann Göring, and was the only aircraft to come close to meeting his "3×1000" performance requirements, namely to carry 1,000 kilograms (2,200 lb) of bombs a distance of 1,000 kilometres (620 mi) with a speed of 1,000 kilometres per hour (620 mph). Its ceiling was 15,000 metres (49,000 ft).[3] Design and development[edit] Me-262 Ultimate Pack with Smaller Engines. Guillow's Model Builders Forum. Chief Engineer Mitch to First Engineer Pauli and all team members, That's what I like... you got to use a little imagination. 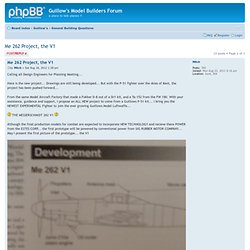 It's not perfect, but until Guillows makes it or I learn how to vacu-form... IT IS CLOSE ENOUGH! Just like on my Ta-152 the canopy is NOT RIGHT. It should be a bubble top... So from the top view again, I will use a P-51 canopy and just add the extra braces for the Me 262...And cover the back as in the FW's. Me-262-ggrn.jpg - ME 262 - Parkjets. Designed by GGRN If you download plans and build the ME 262, please consider sending the designer a donation for all of his hard work and inspiration!! 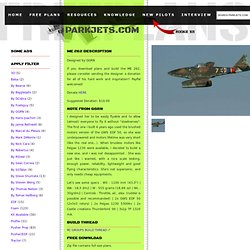 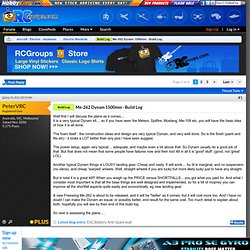 So for 5S you want 2100kv to 2300kv, for "good power" and very cost effective result. For 6S you want to get more serious in motors. It is not that hard to change up later... from 5S to 6S. I will skip the fan/motor change up for a minute, as I don't have pics of that yet..... GWS ME262 Build thread. I dont know why everyone is going on about how big GWS planes are getting, I expected this to be bigger! 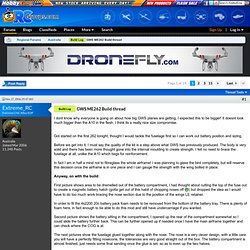 It doesnt look much bigger than the A10 in the flesh, I think its a really nice size compromise. Got started on the first 262 tonight, thought I would tackle the fuselage first so I can work out battery position and sizing. Before we get into it, I must say the quality of the kit is a step above what GWS has previously produced. The body is very solid and there has been more thought gone into the internal moulding to create strength. I felt no need to brace the fuselage at all, unlike the A10 which begs for reinforcement. In fact I am in half a mind not to fibreglass the whole airframe! Anyway, on with the build: First picture shows area to be dremelled out of the battery compartment, I had thought about cutting the top of the fuse out to create a magnetic battery hatch (gotta get out of this habit of chopping noses off. Messerschmitt Me 262. The Messerschmitt Me 262 Schwalbe (English: "Swallow") of Nazi Germany was the world's first operational jet-powered fighter aircraft.[5] Design work started before World War II began, but engine problems and top-level interference prevented the aircraft from attaining operational status with the Luftwaffe until mid-1944. 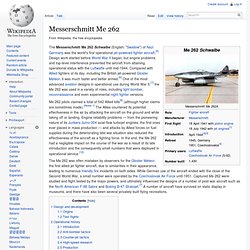 Compared with Allied fighters of its day, including the British jet-powered Gloster Meteor, it was much faster and better armed.[6] One of the most advanced aviation designs in operational use during World War II,[7] the Me 262 was used in a variety of roles, including light bomber, reconnaissance and even experimental night fighter versions.

Me 262 pilots claimed a total of 542 Allied kills[8] (although higher claims are sometimes made). [Notes 1] The Allies countered its potential effectiveness in the air by attacking the aircraft on the ground and while taking off or landing. Design and development[edit]