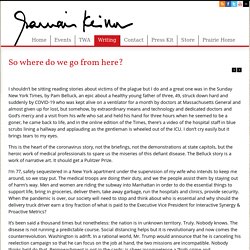 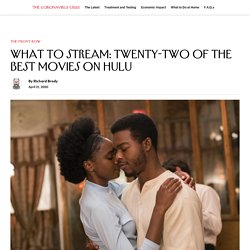 Disney took over Hulu last year, and since then the platform has been expanding its subscriber base rapidly, in part because of its emphasis on the streaming of TV series. Nonetheless, Hulu does also feature movies, and, though it tends to dig deeper into the past than Netflix does, its emphasis is on the recent past, especially the first decade of this century.

A careful cull yields enough cinematic treasures, and also some pleasant surprises. (It also features, for no additional cost, some wonderful movies that are on other services for a per-view fee—notably, Anthony Mann’s Western melodrama “The Furies,” starring Barbara Stanwyck; Claire Denis’s screwball melodrama “Let the Sunshine In,” starring Juliette Binoche; and Albert Maysles’s documentary “Iris,” a portrait of the nonagenarian style icon Iris Apfel.) The Best TV Shows of 2019, Picked by Emily Nussbaum. Every December since I began working at The New Yorker, I’ve posted a year-end rant about Top Ten lists. 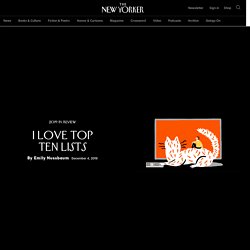 I’d try to find a fresh way in but, inevitably, I’d find myself fuming about the same things: the aura of fake authority; the apples-to-oranges problem; the math; the level at which I was simply loath to adopt the values of those rank-happy dudes in “High Fidelity,” “Top Five,” and “Diner.” Gradually, however, even that ritual felt suspect. Writing an anti-Top Ten list is, a decade in, like throwing an “alternative wedding”—an even showier version of the thing that you’re supposedly opposing. It was time to stop whining and learn to love the list—or to fake it, at least. And so, reader, I tried. I also tried to number this year’s list, but gave up. 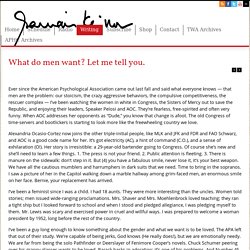 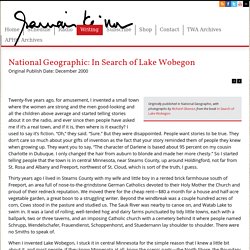 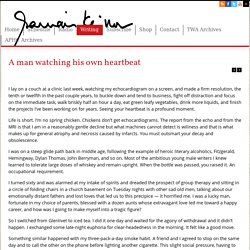 & 8:00 p.m. Minneapolis, MN Minneapolis, MN Garrison Keillor returns to Crooner’s with singer Christine DiGiallonardo & pianist Richard Dworsky. A good vacation, now time to head home. Man takes wife to Europe by ship A man in love needs to think beyond his own needs and so I took my wife across the Atlantic last week aboard the mighty Queen Mary 2 for six days of glamor and elegance, which means little to me, being an old evangelical from the windswept prairie, brought up to eschew luxury and accept deprivation as God’s will, but she is Episcopalian and grew up in a home where her mother taught piano, Chopin and Liszt, so my wife appreciates Art Deco salons and waiters with polished manners serving her a lobster soufflé and an $18 glass of Chablis. 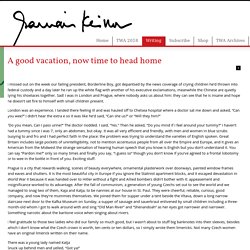 If Cary Grant were to sit down and offer her a Tareyton, she’d hold his hand with the lighter and enjoy a cigarette with him. We eased away from the dock in Brooklyn and sailed past the towers of capitalism and Miss Liberty and under the Verrazano Bridge and around Sandy Hook out onto the vast inhospitable ocean, sitting on deck chairs with blankets over our legs. Ballroom dancing is a vanishing culture. Always Marry An April Girl By Ogden Nash, Famous Love Poem. Terrymac-Mastercopy...Mar.31.18.