Caroline Beavon sur Twitter : "Now this looks good > science talks in pubs around #birmingham #pint15 @pintofscience... THSH - Project SoundLounge. Are you aged 16-25 and looking to begin a career in the music industry? 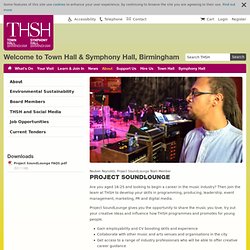 Then join the team at THSH to develop your skills in programming, producing, leadership, event management, marketing, PR and digital media. Project SoundLounge gives you the opportunity to share the music you love, try out your creative ideas and influence how THSH programmes and promotes for young people. Gain employability and CV boosting skills and experience Collaborate with other music and arts venues and organisations in the city Get access to a range of industry professionals who will be able to offer creative career guidance Develop your skills in multimedia, event management and social media This is a long-term commitment over 8 months with a mixture of daytime and evening learning opportunities and regular fortnightly project meetings.

Project schedule will be confirmed according to successful applicant’s availability. Proposed timeline of programme: How to Apply Send submissions to education@thsh.co.uk. Adding to the glut. There’s going to be lots of blog posts, editorials and god knows there’s been enough Twitter activity about the recent riots. 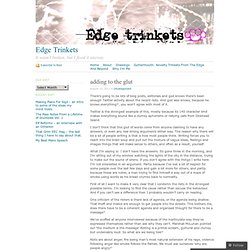 And god also knows, because he knows everything*, you won’t agree with most of it. Twitter is the strongest example of this, mostly because its 140 character limit makes everything sound like a clumsy aphorisms or rallying calls from Dickhead Island. I don’t think that this glut of words come from anyone claiming to have any answers, or even any real strong arguments either way. The reason why there will be a lot of people writing is that is how most people think. Writing forces you to reach into the brain soup and pull out the mixture of vague ideas, feelings and images things that will make sense to others, and often as a result, yourself.

What I’m saying is: I don’t have the answers. First of all I want to make it very clear that I condemn the riots in the strongest possible terms. Share photos and videos on Twitter. Share photos and videos on Twitter. Danny Smith: Is Mr Egg beaten? - BiNS: Brum News and Fun. Mr Egg is closed, and it seems only partly related to undiluted catering vinegar thrown into drunk peoples eyes. 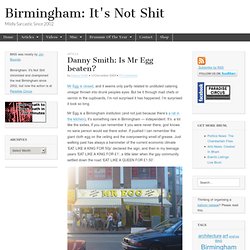 But be it through mad chefs or vermin in the cupboards, I’m not surprised it has happened; I’m surprised it took so long. Mr Egg is a Birmingham institution (and not just because there’s a rat in the kitchen), it’s something rare in Birmingham — independent. It’s a lot like the sixties, if you can remember it you were never there, god knows no sane person would eat there sober. If pushed I can remember the giant cloth egg on the ceiling and the overpowering smell of grease. Just walking past has always a barometer of the current economic climate ‘EAT LIKE A KING FOR 50p’ declared the sign, and then in my teenage years ‘EAT LIKE A KING FOR £1’, a little later when the gay community settled down the road ‘EAT LIKE A QUEEN FOR £1.50’.

It seems to have survived due to clever marketing, location and cheap prices. Birmingham Post - News - West Midlands News - Vandals cause traf. Students can enter virtual world to test school desig. Students and teachers in Birmingham will be able to test plans for rebuilding schools using a computer-game style virtual world. 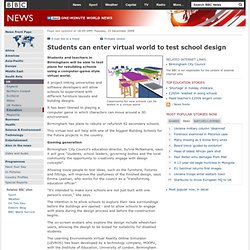 A project linking universities and software developers will allow schools to experiment with different furniture layouts and building designs. It has been likened to playing a computer game in which characters can move around a 3D environment. Birmingham has plans to rebuild or refurbish 82 secondary schools. This virtual tool will help with one of the biggest Building Schools for the Future projects in the country. Gaming generation Birmingham City Council's education director, Sylvia McNamara, says it will give "students, school leaders, governing bodies and the local community the opportunity to creatively engage with design concepts". Allowing more people to test ideas, such as the furniture, fixtures and fittings, will improve the usefulness of the finished design, says Emma Leaman, who works for the council as a "transforming education officer".

West Midlands News - Birmingham Opera C. Dec 16 2009 By Jane Tyler A ground-breaking performance by Birmingham Opera Company of Othello was such a success it is to be immortalised on TV. The company’s triumphant run of Verdi’s Othello comes to the end of a sell-out run this Saturday at the Argyle Works in Digbeth. Directed by Graham Vick and conducted by Stephen Barlow, the production will be the subject of a BBC documentary next year. The programme will focus on two of Mr Vick’s Verdi productions: the spectacular, big budget Aida in Austria which attracted audiences of 7,000 people a night, and the smaller Birmingham version of Othello. Unlike Aida, Othello was a low key production in a former industrial plant in inner city Birmingham.

It featured a cast of 250 local people, including singers, actors and dancers, alongside the professional cast and encouraged audience participation.