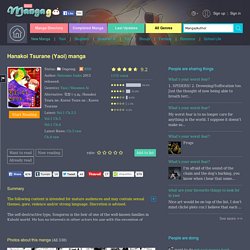 1. SPIDERS! 2. Drowning/Suffocation too. What's your worst fear? My worst fear is to no longer care for anything in the world. PIRATES parts 12-17. Disclaimer: characters belong to Anne Rice, don't want to infringe on anyone's copyright and so on Warning: this spec contains m/m situations, so don't read if you don't like slash this has no historical background, everything about french-spanish wars was made up by me (perhaps there really was one, I have no idea) ****** part 12 ****** Some hours later as the sun was just about to set, Louis woke. 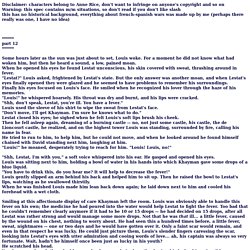 For a moment he did not know what had woken him, but then he heard a sound, a low, pained moan. When he opened his eyes he found Lestat unconscious, his skin covered with sweat, thrashing around in fever. "Lestat? " "Shh, Lestat, I'm with you," a soft voice whispered into his ear. Smiling at this affectionate display of care Khayman left the room. Suddenly he heard loud sounds and an enraged voice yelling; the sounds got louder as the source seemed to come down the stairs. PIRATES parts 1-11. To this spec: i got the idea after I watched one of these old pirate-films. 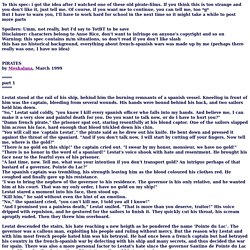 If you think this is too strange and you don't like it, just tell me. Of course, if you want me to continue, you can tell me, too *g* But I have to warn you, I'll have to work hard for school in the next time so it might take a while to post more parts. I want my IWTV. The Little Christmas Angel (Tree, Lights, Gift,... Vieux Camellia fanfiction. Fic My Maker, My Lover. 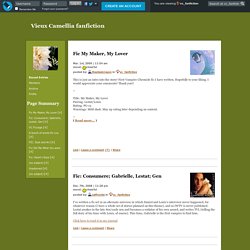 Gairid's DeviantArt gallery. VC Fict Explaining Louis. Explaining Louis (Almost a the 2nd part of ‘A Night of Bloody Tears’) by BANE Huntress David walked besides his Maker, down some dark LA street. 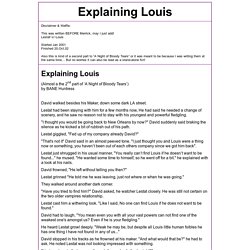 Lestat had been staying with him for a few months now, He had said he needed a change of scenery, and he saw no reason not to stay with his youngest and powerful fledgling. "I thought you would be going back to New Orleans by now? " David suddenly said braking the silence as he kicked a bit of rubbish out of his path. Lestat giggled, "Fed up of my company already David?

" "That's not it" David said in an almost peeved tone. Longues et Périlleuses Retrouvailles - Chapter 2 - Gairid, Leshan - Vampire Chronicles - All Media Types [Archive of Our Own] Chapter Text Louis October People in New Orleans love a holiday and Halloween appeals to their sense of fun, their love of costuming and celebration. 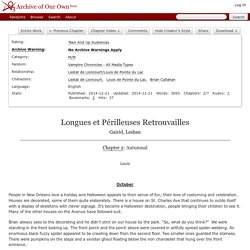 Houses are decorated, some of them quite elaborately. There is a house on St. Brian always sees to the decorating and he didn’t stint on our house by the park. “Madame Arachnid is the belle of the street.” “Closer to Halloween. “You’re not very subtle, you know.” He shrugged. A little over an hour later, I was standing in the shadowy foyer of the townhouse. Favourite BL manga - by Ailly. Anime News Network. Bánh Xu Xê / grüne Tapioka-Küchlein gefüllt mit Bohnenpüree und Kokosstreifen - shareliterature.de - Geschichten, Romane und Rezepte von D. & H. Kierey. Hier nochmal ein schönes Rezept für vietnamesische süße Bánh aus Tapiokamehl und mit einer Füllung von pürierten Mungbohnen mit dem Fleisch junger Kokosnüsse. 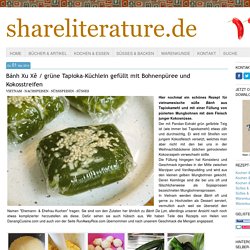 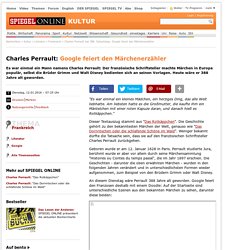 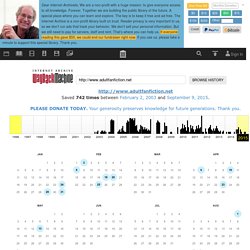 Forever. Together we are building the public library of the future. A special place where you can learn and explore. The key is to keep it free and ad-free. The Internet Archive is a non-profit library built on trust. Internet Archive Wayback Machine. FOUND: Link/ story search? - Vieux Camellia fanfiction. « previous entry | next entry »Jul. 19th, 2010 | 08:52 ammood: hopefulmusic: Baby- Justin Bieber (don't judge)posted by: meaura_at_home in vc_fanfiction New here and desperate! 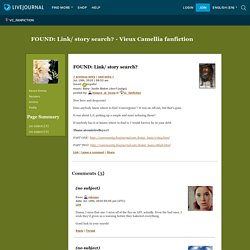 Does anybody know where to find 'Convergence'? It was on Aff.net, but that's gone. It was about L/L picking up a couple and semi seducing them? If anybody has it or knows where to find it, I would forever be in your debt. Fic: Convergence (Part 1 of 2): lestat_louis. I come bearing fic...just re-edited and tweaked. Title: Convergence (Part 1 of 2)Authors: Gairid and ANSeries: Chance MeetingsFandom: VampChronPairing: Louis/LestatRating: Overall NC-17Warning: M/M relationship, graphic sex and vampiric bloodplaySummary: The Chance Meetings series is just that…chance meetings. Mortals that stumble across their path. It’s not always a lot of fun for them…the mortals that is.Obligatory Disclaimer: Lestat, Louis and the other vampires mentioned are the property of Anne Rice and her publishers.

The Pirate by Stella Machiavelli. The Forbidden Archive. The Romance of The Rose. By: Monique Michiel Spoliers None realy, but prehapes at the same time them all : ) The story line is my own but the charicters are Anne Rices, this is non-profit so This is what I hope to be an orignal spec, very original. If it is not I have just shot my self in the foot. I have always belived in the Love between Louis and Lestat, and not just because they make beautful slash, but because they need each other. They are the others oppesets to make them hole. No i won't talk this much before each instalment just this one. this note is not spell checked (duh) but the story is : ) The spec takes place in a made up town, in a made up world. *=Change of view, change from He to I or vice versa. Vampire Chronicals.