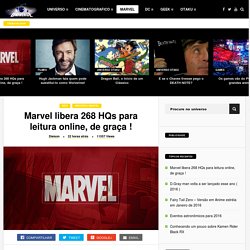 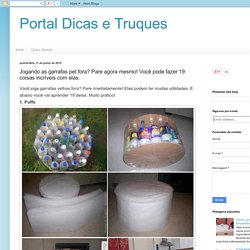 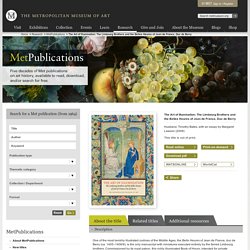 Commissioned by its royal patron, this richly illuminated Book of Hours, intended for private devotion and now housed in The Cloisters, The Metropolitan Museum of Art, belonged to the duke's large collection of prized possessions. The luminous scenes depicting the legends of the saints, the Hours of the Virgin, and the like, many with elaborately designed borders, exemplify the transcendent splendor of the Limbourg brothers' talents. Jean de France, duc de Berry—the son, brother, and uncle of three successive kings of France—commissioned the Belles Heures as an addition to his luxurious possessions ranging from illuminated manuscripts and goldsmith work, to castles throughout the French countryside. Timothy B. 155 mil imagens de obras de arte em alta resolução para download gratuito.

Facebook. When Russian meets Japanese... cuteness overload! (Katya Lischina) Indoor Play Houses. Sanger.dk. OMFGDOGS. TetraBox Light by Ed Chew. Liquid to Light Designer Ed Chew takes a green step in the right direction with the TetraBox lamp, a light object made from discarded drink packets that would have otherwise ended up in landfills already packed to the brim. 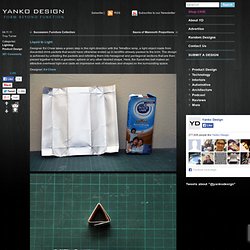 The design is achieved by unfolding the packets and refolding them into hexagonal and pentagonal sections that are then pieced together to form a geodesic sphere or any other desired shape. Salvador Dali. The famous Spanish surrealist painter, Salvador Dali had artistic repertoire that included sculpture, painting, photography, multimedia work, and collaborations with other artists, most notably independent surrealist films. 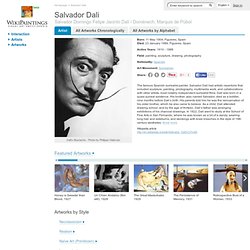 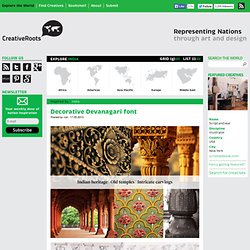 LG Scares The Crap Out Of People Again! New Prank. Pyprocessing - A Processing-like environment for doing graphics with Python. This project provides a Python package that creates an environment for graphics applications that closely resembles that of the Processing system. 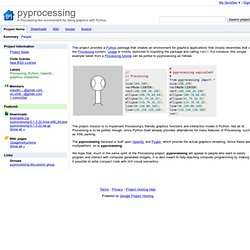 Usage is mostly restricted to importing the package and calling run(). For instance, this simple example taken from a Processing tutorial can be ported to pyprocessing as follows: The project mission is to implement Processing's friendly graphics functions and interaction model in Python. Not all of Processing is to be ported, though, since Python itself already provides alternatives for many features of Processing, such as XML parsing.

The pyprocessing backend is built upon OpenGL and Pyglet, which provide the actual graphics rendering. Generative Digital Art: Tutorials and Inspiration. Sep 10 2010 By Joshua Ellis Generative art is a sort of blanket term for any sort of art which is created or composed using algorithmic or random processes, such as Brian Eno‘s 77 Million Paintings, which composites Eno’s visual art in such a way that there are literally 77 million possible combinations. 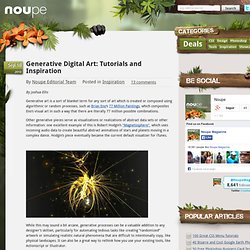 Other generative pieces serve as visualizations or realizations of abstract data sets or other information: one excellent example of this is Robert Hodgin’s "Magnetosphere", which uses incoming audio data to create beautiful abstract animations of stars and planets moving in a complex dance. Hodgin’s piece eventually became the current default visualizer for iTunes. While this may sound a bit arcane, generative processes can be a valuable addition to any designer’s skillset, particularly for automating tedious tasks like creating “randomized” artwork or simulating realistic natural phenomena that are difficult to intentionally copy, like physical landscapes. App - Icon Font Generator. Icons.