10 Key Benefits of VR in Education. Last week was a big one for me as it was the annual GESS Conference here in Dubai. 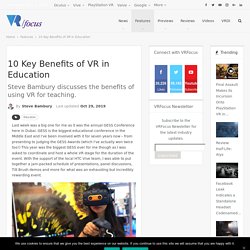 GESS is the biggest educational conference in the Middle East and I’ve been involved with it for seven years now – from presenting to judging the GESS Awards (which I’ve actually won twice too!) This year was the biggest GESS ever for me though as I was asked to coordinate and host a whole VR stage for the duration of the event. With the support of the local HTC Vive team, I was able to put together a jam-packed schedule of presentations, panel discussions, Tilt Brush demos and more for what was an exhausting but incredibly rewarding event. We are leveraging the power of Virtual Reality to develop social and communication tools for individuals with autism. 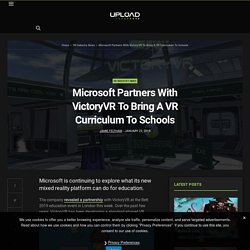 The company revealed a partnership with VictoryVR at the Bett 2019 education event in London this week. Over the past few years, VictoryVR has been developing a standard-aligned VR curriculum for science subjects. As part of the deal, Microsoft is offering 25 hours worth of free VictoryVR content to schools that purchase a Windows VR headset. VictoryVR’s offerings include a virtual science book for students in grades 5 – 12. Its science units contain a variety of educational experiences such as virtual field trips and interactive games and experiences. “Studies show that student engagement and retention increase as much as 35 percent when students learn with immersive and 3D technologies like VR headsets,” a Microsoft blog post reads. Elsewhere, Microsoft also announced that it’s bringing its Immersive Reader experience to VR. Number Hunt on Steam. Interactive 3D Chemistry Animations — ChemTube3D. Connecting educators and students with education in virtual reality, augmented reality, and extended reality.

[Expeditions] - List of Available Expeditions - Google Sheets. Julie Smithson @ Digifest 2019 Educators Forum. VR & 360º. Molecule of the Month: S-Nitrosylated Hemoglobin. VR Software Sheds Light on Deadly Chemical Nerve Agents. Groupe public VIRTUAL REALITY & AUGMENTED REALITY. VR and Language Learning: How VR Can Crack the Language Code. How many times have you tried (and failed) to learn a language? You’re not alone. Now linguists are saying it may not be totally your fault.

As theory-based techniques are becoming increasingly scrutinized and the need to experiment with a practical curriculum increases, we can look at VR’s role in EdTech’s trajectory and the ways it seeks to impact the language-learning of the future. Why do 95% of language-learners fail? With an estimated 1 billion people learning English alone, 95% is a huge drop off. How much of this sounds familiar? Csm_vr101_final. Twitter. Virtual Heritage Ltd – Experience the past. 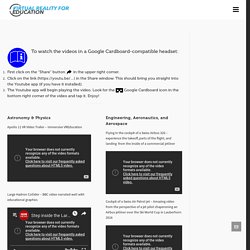 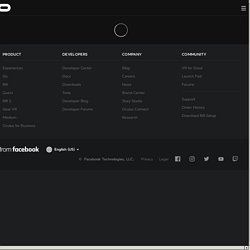 ClassVR – Virtual Reality for the Classroom. VictoryXR - Education Solutions for Virtual Reality & Augmented Reality. 90 VR Education Apps for Vive, Rift and WMR. When it comes to locating educational content for a PC-powered VR headset like a Vive, Rift or WMR, it can be a little tricky for three main reasons: 1. 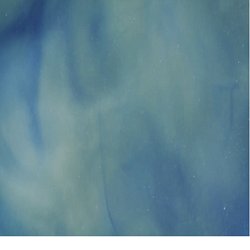 There are multiple app stores to find content and some of the content can only be found in certain app stores. 2. Not all the stores have an easy to find Education section. 3. As such I decided to scour the three main stores – Steam, VivePort and The Oculus Store and curate some of the best educational apps into one handy resource. You can download a high-res PDF version of the graphic by clicking on this link. UPDATE (19/2/19): Some people have had issues using the download link above. As it states in the middle of the graphic, each app is tagged with icons for Steam, Viveport and/or the Oculus Store signifying which platforms they are available on. I have to say thanks to my good friends Chris Madsen, Chris Long and Mike Armstrong for some app suggestions and invaluable proof-reading. Til next time folks. Virtual Reality: THE Learning Aid Of The 21st Century.

Throughout time, humans have used visual-based methods to help them remember information – from early cave drawings to modern day video. 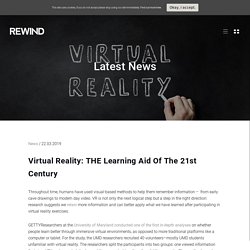 VR is not only the next logical step but a step in the right direction: research suggests we retain more information and can better apply what we have learned after participating in virtual reality exercises. GETTYResearchers at the University of Maryland conducted one of the first in-depth analyses on whether people learn better through immersive virtual environments, as opposed to more traditional platforms like a computer or tablet. For the study, the UMD researchers recruited 40 volunteers—mostly UMD students unfamiliar with virtual reality. The researchers split the participants into two groups: one viewed information first via a VR head-mounted display and then on a desktop; the other did the opposite.

Every day, we are seeing new ways that VR is facilitating learning and understanding through its unique properties.