Welcome to Yorkshire. Crosby Beach - Visit Liverpool. Crosby Beach is a must-see on any trip to Liverpool city region; not only for its beautiful views but for Another Place, the spectacular sculptures by Antony Gormley. 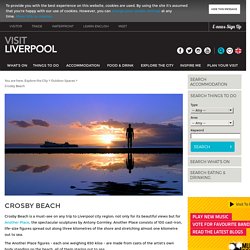 Another Place consists of 100 cast-iron, life-size figures spread out along three kilometres of the shore and stretching almost one kilometre out to sea. The Another Place figures - each one weighing 650 kilos - are made from casts of the artist's own body standing on the beach, all of them staring out to sea. According toRead More According to artist Antony Gormley, Another Place harnesses the ebb and flow of the tide to explore man's relationship with nature. Welsh Countryside Photos - Images to Inspire You. Pennine Way. 4 Star Langdale Hotel & Spa - SAVE 15% on rooms. Glamping Lake District - Pods and Huts In The Lakes. 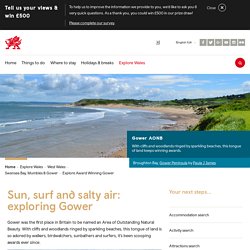 With cliffs and woodlands ringed by sparkling beaches, this tongue of land is so adored by walkers, birdwatchers, sunbathers and surfers, it’s been scooping awards ever since. When, in early 2013, a travellers’ survey named Rhossili Bay Europe’s third best beach (after Sicily’s Rabbit Beach and Playa de las Catedrales in Galicia, Spain), we were delighted, of course. But we weren’t particularly surprised. Rhossili, a three-mile stretch of gleaming white sand, is the pride of the Gower Peninsula. Short Holidays UK - A selection of British mini breaks. Mini Breaks UK - The Best Short Holidays In The UK. National Trust. Activity Breaks in England and Wales. Camping Pods Yorkshire - Affordable Rural Holidays. British Countryside Images - Our Favourite Photos. Macedonia. Denmark. Belgrade Travel - Best Sights, Cheap Eats. • Check out the historic Fortress – Its grounds are free to visit and provide a good refuge from the heat on a summers day. 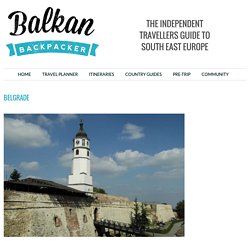 There’s also a military museum and vintage tanks outside the Fortress walls, making a nice place for photo opportunities. • Go to Republic Square – the scene of mass protests by the Serbs against their former President Milosevic – the square is centrally located at the head of the main shopping boulevard. Log Cabins In Scotland - Relaxing Holidays In Nature. Perthshire - Loch Tay Lodges And Log Cabin Accommodation. Untitled. 9 Tips For Backpacking South America. Taken from the Rough Guide to South America on a Budget, these are our top nine tips for backpacking South America. 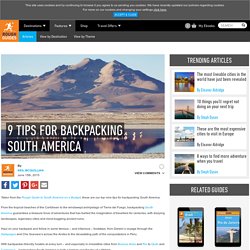 From the tropical beaches of the Caribbean to the windswept archipelago of Tierra del Fuego, backpacking South America guarantees a treasure trove of adventures that has fuelled the imagination of travellers for centuries, with dizzying landscapes, legendary cities and mind-boggling ancient ruins. Haul on your backpack and follow in some famous – and infamous – footsteps: from Darwin’s voyage through the Galápagos and Che Guevara’s across the Andes to the devastating path of the conquistadors in Peru. With backpacker-friendly hostels at every turn – and especially in irresistible cities from Buenos Aires and Rio to Quito and Cartagena – backpacking South America is both a breeze and the trip of a lifetime. 1. Learn the lingo. Wigwams Scotland - Wigwams, Pods, and Shepherds Huts. Backpacking Montenegro - Travel Cheaply, See Lots.. Kotor The jewel of Montenegro – the walled old town and fortress above have both history and beauty. 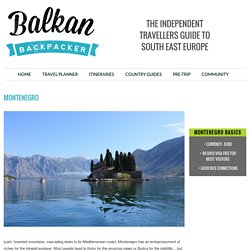 Nestling on the edge of the bay of Kotor, the surrounding scenery is unique and dramatic. Scottish Highlands Landscape and History – Scotland Info Guide. The name Scottish Highlands is often used by people when they refer to Scotland but there is also an area called Lowlands. 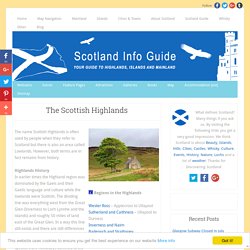 However, both terms are in fact remains from history. Highlands History In earlier times the Highland region was dominated by the Gaels and their Gaelic language and culture while the lowlands were Scottish. Best Beaches in Wales, UK.