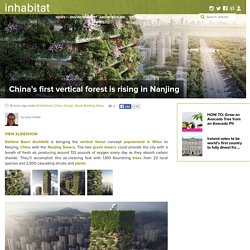 The two green towers could provide the city with a breath of fresh air, producing around 132 pounds of oxygen every day as they absorb carbon dioxide. They’ll accomplish this air-cleaning feat with 1,100 flourishing trees from 23 local species and 2,500 cascading shrubs and plants. The two towers at 656 feet and 354 feet tall will rise above the Nanjing Pukou District, which Stefano Boeri Architetti’s press release describes as an area that will likely lead modernization efforts in the south of China’s Jiangsu province and help develop a Yangtze River economic zone. Recycle an Old T-Shirt Into a Produce Grocery Bag (DIY Tutorial) When to Turn Off Your Lights. 10 Daily Habits That are Killing the Environment. Image Source Fotopedia. 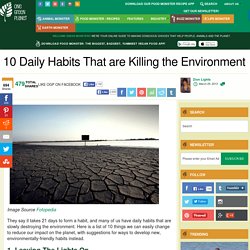 This Tower Purifies a Million Cubic Feet of Air an Hour. The Northeast's Electricity Bills Have Dropped $460 Million Since They Started Paying For Carbon. A regional cap-and-trade program has added $1.3 billion in economic activity to nine New England and Mid-Atlantic states since 2011, while decreasing their carbon emissions by 15 percent, according to independent analysis released Tuesday. 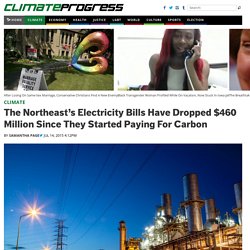 In addition to stimulating the economy and reducing carbon, the Regional Greenhouse Gas Initiative (RGGI) has also reduced the cost of electricity for consumers, saving residential, businesses, and public users $460 million, the report from the Analysis Group found. These benefits mean that RGGI (pronounced “reggie”) could be a model for other states looking to reduce carbon emissions under the Environmental Protection Agency’s Clean Power Plan, set to be released next month. The Clean Power Plan requires states to lower carbon emissions from the electricity sector, but lets states choose how they reduce those emissions. For example, investing in efficiency programs — such as weatherizing houses — reduces the amount of electricity used. 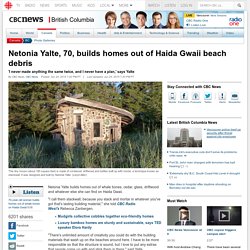 Our Philosophy. ETHICAL FIBERS GUIDE.pdf. An Alternative to Traditional Bottled Water for Hotels & Restaurants. What is the first thought some decision-makers have when approached about a green initiative or product for their hotel or restaurant? 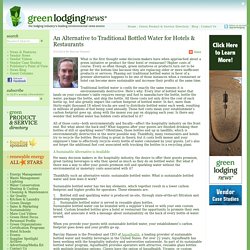 Higher costs of course. Moshe Safdie: How to reinvent the apartment building. Village Ecologies. Grow a 'tiny house' out of mushrooms - Video - Personal Finance. Rooftop Solar Panels Can Produce All the Electricity You Need. Just Ask This Family. Solar panels on the roof can do more than just cut your net electricity use; they can bring it all the way down to zero. 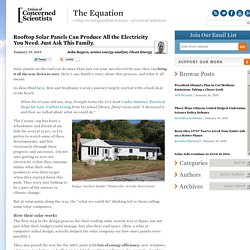 AquaHealth. Build Hemp. My objectives are quite simple, to be open-minded and to leave the world better than I found it. about Joni Lane, LEED Green Associate, is an award winning graphic designer and recent graduate of Boston Architectural College with a Masters in Sustainable Design Studies. 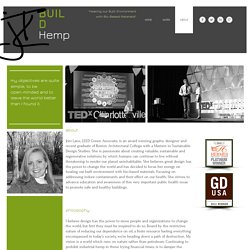 She is passionate about creating valuable, sustainable and regenerative solutions by which humans can continue to live without threatening to render our planet uninhabitable. She believes great design has the power to change the world and has decided to focus her energy on healing our built environment with bio-based materials. Focusing on addressing indoor contaminants and their effect on our health, She strives to advance education and awareness of this very important public health issue to promote safe and healthy buildings. philosophy.

Mission. Inhabitat.com is a weblog devoted to the future of design, tracking the innovations in technology, practices and materials that are pushing architecture and home design towards a smarter and more sustainable future. 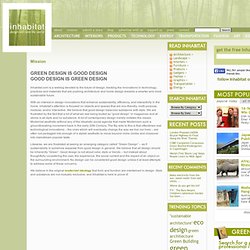 With an interest in design innovations that enhance sustainability, efficiency, and interactivity in the home, Inhabitat’s attention is focused on objects and spaces that are eco-friendly, multi-purpose, modular, and/or interactive. We believe that good design balances substance with style. We are frustrated by the fact that a lot of what we see being touted as “good design” in magazines and at stores is all style and no substance.

301 Monroe. Farm flourishes on Alaska tundra. Ecological Landscaping Association « Advocating responsible stewardship of land and natural resources. TerraCycle Recycles The 'Non-Recyclable' - Cigarette Butts, Candy Wrappers And Its Own Profits. There's no such thing as garbage at this company, which aims to revolutionize the recycling industry. 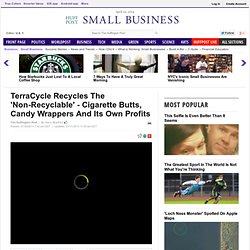 New Jersey-based TerraCycle's mission is to “eliminate the idea of waste” and it's been a profitable enterprise. The company expects about $20 million in revenue this year, according to founder Tom Szaky. Founded around 10 years ago, TerraCycle began when Szaky, then a freshman at Princeton University, began selling organic fertilizer -- or “liquefied worm poop” -- packaged in used soda bottles in 2001.