Recommend LSD potentiator(s) in General Essential Oil Discussions Forum. Iboga in USA - Iboga. Mew wrote: any part of t iboga is a schedule 1 felony in the usa, inlcuding ibogaine... schedule 1 means there is no medical use for the substance and therefore it is only hazardousits ironic when government funded studies regarding iboga/ibogaine conclude unequivocally that it is not only an applicable medical treatment for opiate addiction, but unrivaled as a medicine for those suffering in that way the same thing goes for psilocin/psilocybin, yet studies done by the same government that declares they are medically irelevent show it to be an effective treatment when dealing with late stage terminal cancer patients, treating them psychologically to accept their fate consequently increasing the quality of life they have left exponentially... 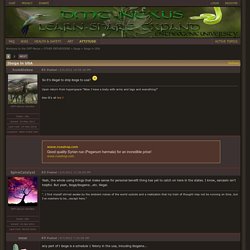 Erowid Psilocybin Mushroom Vault : Psilocybe Mushroom History. Hallucinogenic mushrooms have been part of human culture as far back as the earliest recorded history. 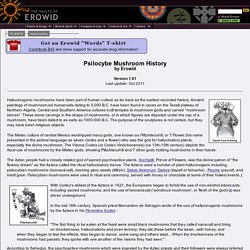 Ancient paintings of mushroom-ed humanoids dating to 5,000 B.C. have been found in caves on the Tassili plateau of Northern Algeria. Central and Southern America cultures built temples to mushroom gods and carved "mushroom stones". These stone carvings in the shape of mushrooms, or in which figures are depicted under the cap of a mushroom, have been dated to as early as 1000-500 B.C.

The purpose of the sculptures is not certain, but they may have been religious objects. Theconversation. The Psychedelic Experience. "If you started in the wrong way," I said in answer to the investigator's questions, "everything that happened would be a proof of the conspiracy against you. 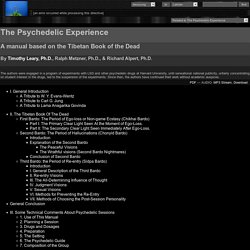 Session Games People Play: A Manual for the Use of LSD - Psychedelic Frontier. This document was first published as a pamphlet in 1967, shortly after possession of LSD was made illegal in the USA, by Lisa Bieberman. 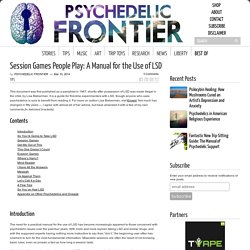 8 Mystical Herbs and Legal Psychedelics For Lucid Dreaming. What if you could consciously dream? 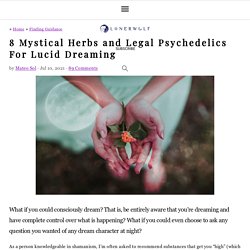 That is, be entirely aware that you’re dreaming and have complete control over what is happening? What if you could even choose to ask any question you wanted of any dream character at night? 8 Mystical Herbs and Legal Psychedelics For Lucid Dreaming. Communities. Psychedelic Chemistry. Harmalines. Erowid Syrian Rue (Peganum harmala, Harmal) Vault. Terpenes: The Flavors of Cannabis Aromatherapy. Favorite Smoke (Besides Cannabis/Tobacco) - The Ethnobotanical Garden - Shroomery Message Board.

Quote:Teotzlcoatl said:Tell me more about scullcap and mugwort... mugwort can be toxic at really high doses, it contains small amounts of thujone. you can chew on the leaves to reduce fatigue. back in the day hikers would put fresh leaves in their socks to reduce soreness. it can be smoked or made into tea before sleep to induce vivid lucid dreaming or out of body experiences if deeply meditating. 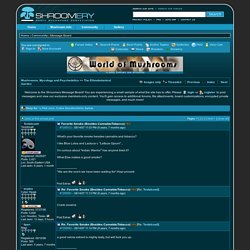 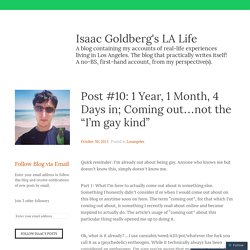 Anyone who knows me but doesn’t know this, simply doesn’t know me. Part 1: What I’m here to actually come out about is something else. Something I honestly didn’t consider if or when I would come out about on this blog or anytime soon on here. The term “coming out”, for that which I’m coming out about, is something I recently read about online and became inspired to actually do. The article’s usage of “coming out” about this particular thing really opened me up to doing it. MAOI + Shrooms+LSD trip...need your guy's input on this. Bluelight Advanced Search Thread: MAOI + Shrooms+LSD trip...need your guy's input on this. 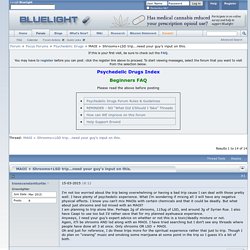 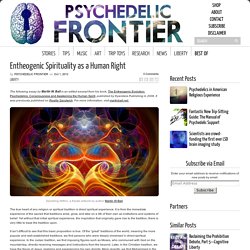 Ball is an edited excerpt from his book, The Entheogenic Evolution: Psychedelics, Consciousness and Awakening the Human Spirit, published by Kyandara Publishing in 2008. It was previously published on Reality Sandwich. For more information, visit martinball.net. The true heart of any religion or spiritual tradition is direct spiritual experience. Drug laws: Banning LSD and magic mushrooms 'against human rights' Researchers say the drugs are much less harmful than alcohol, and banning them is a human rights issue because of their "spiritual" links. 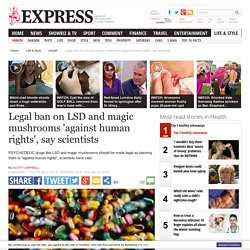 The Norwegian researchers also claim there is no link between LSD and magic mushrooms and mental health problems. They analysed information from more than 135,000 random people, including 19,000 who had used psychedelics, and found no association between the drugs and psychosis. The study used data from the US National Health Survey and found there was no relationship with psychological distress, depression, anxiety, suicidal thoughts, plans and attempts. A previous study by the same researchers also failed to tie up LSD and magic mushrooms, also known as psilocybin, with brain damage. Clinical psychologist Dr Pal-Orjan Johansen, of the Norwegian University of Science and Technology, said: "Over 30 million US adults have tried psychedelics and there just is not much evidence of health problems. " Is Taking LSD and MDMA a Human Right? A psychedelics advocacy group in Norway is arguing that the use of LSD, MDMA, and psilocybin are basic human rights, conducive to good health and well-being.

Though the science is on their side, the push for liberal use of hallucinogens in stringent Norway may be a long and slow battle. “I helped myself with psychedelics and want others to have the same opportunity without the risk of arrest,” said Pål-Ørjan Johansen to The New York Times. Mr. Johansen is a researcher at the Norwegian University of Science and Technology. Alongside his American-born wife, Teri Krebs, he is co-founder of EmmaSofia, a non-profit organization which advocates for “increased access to quality-controlled MDMA and psychedelics, for medical, scientific, and other legal purposes.”

The bad name of psychedelics.