vZome by vorthmann - Shapeways Shops. All of the products here are custom extensions to the Zometool geometric building system. 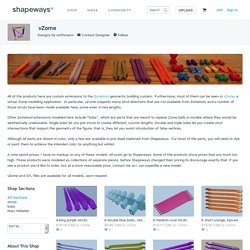 Furthermore, most of them can be seen in vZome, a virtual Zome modeling application. In particular, vZome supports many strut directions that are not available from Zometool, and a number of those struts have been made available here, some even in two lengths. Other Zometool extensions modeled here include "bobs", which are parts that are meant to replace Zome balls in models where they would be aesthetically undesirable. Single bobs let you join struts to create different, custom lengths. Double and triple bobs let you create strut intersections that respect the geometry of the figure; that is, they let you avoid introduction of false vertices. Although all parts are shown in color, only a few are available in pre-dyed materials from Shapeways. A note about prices: I have no markup on any of these models. vZome and STL files are available for all models, upon request. 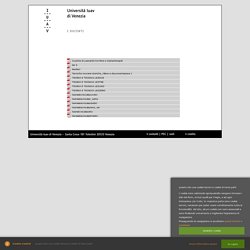 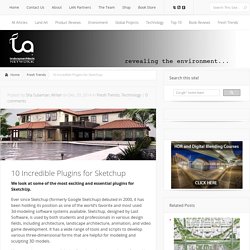 Ever since Sketchup (formerly Google Sketchup) debuted in 2000, it has been holding its position as one of the world’s favorite and most used 3d-modeling software systems available. Sketchup, designed by Last Software, is used by both students and professionals in various design fields, including architecture, landscape architecture, animation, and video game development. It has a wide range of tools and scripts to develop various three-dimensional forms that are helpful for modeling and sculpting 3D models. However, there are several design functions that cannot be performed by Sketchup alone. Such operations involve much more complexity. 10 SketchUp Hacks That Will Turn You Into a SketchUp Ninja.

10 hacks that will unlock your SketchUp potential. 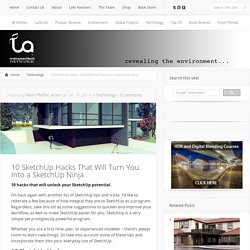 I’m back again with another list of SketchUp tips and tricks. I’d like to reiterate a few because of how integral they are to SketchUp as a program. Regardless, take this list as some suggestions to quicken and improve your workflow, as well as make SketchUp easier for you. SketchUp is a very simple yet prodigiously powerful program. Whether you are a first time user, or experienced modeler – there’s always room to learn new things. 10 SketchUp Hacks 1. Weld – - An extension that simply binds two lines together, extremely simple yet useful.Selection Toys – - Massively helps the issue of making selections in SketchUp. An example of CLF Scale & Rotate multiple. Sketchup Pro 2015 and Vray 2.0 FREE FOR MAC AND PC/WINDOWS. The 10 Best SketchUp Plugins in 2016 - 12CAD.com. SketchUp is a 3D modelling program owned by Trimble Navigation and used by designers in fields of engineering and architecture.

Plugins or scripts are widely added to SketchUp for enhancing the 3D experience capability. Most of them are free of charge and can be rewritten by anyone creative enough to fill in the gap of increasing user friendliness of a plugin. The following are the 10 best SketchUp plugins that should be used by all users. What are the best SketchUp Plugins? FUR Plugin By: Tak2hata This plugin is used by many SketchUp uers in making grass, greenery, carpet, and in many other creative ways. 1001 bit Tools. Rendering to Reality: Foster + Partners’ Elegant Brick Droneport Is Showcased in Venice.

Updated June 2, 2016 Lord Norman Foster is renowned for his futuristic designs for air infrastructure in metropolises around the world, from the vast vaults of Beijing Airport to the otherworldly oddity that is Spaceport America. 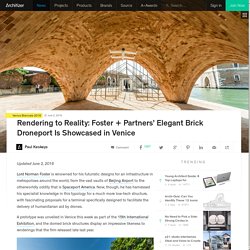 Now, though, he has harnessed his specialist knowledge in this typology for a much more low-tech structure, with fascinating proposals for a terminal specifically designed to facilitate the delivery of humanitarian aid by drones. A prototype was unveiled in Venice this week as part of the 15th International Exhibition, and the domed brick structures display an impressive likeness to renderings that the firm released late last year. Add To Collection Save this image to a collection Droneport by Foster + Partners, on display at the Venice Biennale; photographs © Stefan Tuchila The project — the first by the architect’s new humanitarian organization, the Norman Foster Foundation — is set for construction in 2016.