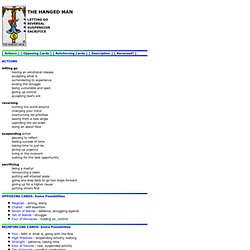 ] letting go having an emotional release accepting what is surrendering to experience ending the struggle being vulnerable and open giving up control accepting God's will reversing turning the world around changing your mind overturning old priorities seeing from a new angle upending the old order doing an about-face suspending action pausing to reflect feeling outside of time taking time to just be giving up urgency living in the moment waiting for the best opportunity sacrificing being a martyr renouncing a claim putting self-interest aside going one step back to go two steps forward giving up for a higher cause putting others first. Astrology. Cryptozoology. 130- Paranormal & Occult Phenomena. Conspiracy Theories. 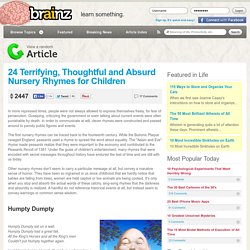 Gossiping, criticizing the government or even talking about current events were often punishable by death. In order to communicate at will, clever rhymes were constructed and passed around to parody public figures and events. The first nursery rhymes can be traced back to the fourteenth century. While the Bubonic Plaque ravaged England, peasants used a rhyme to spread the word about equality.

The "Adam and Eve" rhyme made peasants realize that they were important to the economy and contributed to the Peasants Revolt of 1381. Other nursery rhymes don't seem to carry a particular message at all, but convey a macabre sense of humor. Humpty Dumpty Humpty Dumpty sat on a wall,Humpty Dumpty had a great fall,All the King's Horses and all the King's menCouldn't put Humpty together again.

10 of the best budget hotels in New York. Posted on: September 21st in Cool Hotels, Travel by Graham Padmore. 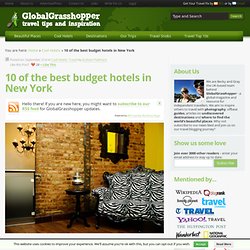 Like this Post? The Big Apple may be one of the ultimate city break destinations – shopping, art, sightseeing and so much more. It’s also (like most major capital cities) unfortunately notoriously expensive. So for those wanting to maximise their spending money, you will have to seek out some good NYC budget hotels. To save you the time and the hassle here are 10 of the best budget hotels in New York: A good tip is to book as far in advance as possible, this way you’ll get the best price. The Gershwin This Manhattan midtown hotel is just a block away from 5th Avenue and close to both Madison Square Garden and the Empire State Building. Prices from $32 a night.Check prices and availability for The Gershwin Hotel The Jane Once home to salty sailors and Titanic survivors, The Jane is a living work of art. Prices from $90 per night.Check prices and availability for The Jane. New Economics. 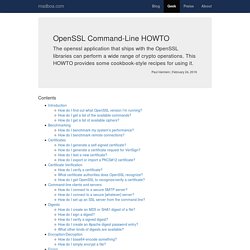 This HOWTO provides some cookbook-style recipes for using it. Paul Heinlein | February 24, 2016 The openssl command-line binary that ships with the OpenSSL libraries can perform a wide range of cryptographic operations. Psychopaths vs. Sadists: Brain Science, Public Fascination. Psychopathic serial killers are a source of infinite public fascination. 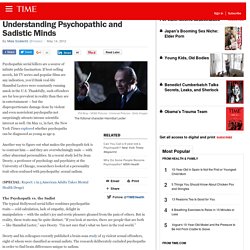 If best-selling novels, hit TV series and popular films are any indication, you’d think real-life Hannibal Lecters were constantly running amok in the U.S. Thankfully, such offenders are far less prevalent in reality than they are in entertainment — but the disproportionate damage done by violent and even nonviolent psychopaths not surprisingly attracts intense scientific interest as well. On May 11, in fact, the New York Times explored whether psychopaths can be diagnosed as young as age 9. Another way to figure out what makes the psychopath tick is to contrast him — and they are overwhelmingly male — with other abnormal personalities. In a recent study led by Jean Decety, a professor of psychology and psychiatry at the University of Chicago, researchers looked at a personality trait often confused with psychopathy: sexual sadism. (SPECIAL: Report: 1 in 5 American Adults Takes Mental Health Drugs)