Prefermance. Thor-concept-art-jotunheim-2. Is it me, or are the walls melting in this 3D printed room? We’ve seen some pretty weird 3D-printed stuff, including Stephen Colbert’s tentiacle laden head, but a 3D-printed room with walls that look like they’re melting takes the cake. 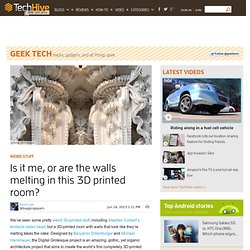 Designed by Benjamin Dillenburger and Michael Hansmeyer, the Digital Grotesque project is an amazing, gothic, yet organic architecture project that aims to create the world’s first completely 3D-printed room. Digital Grotesque It might look like an amazing hand-fashioned sculpture, but computer-rendering algorithms were responsible for creating these H.R. Giger-esque forms. The program used a process that mimics cell division to repeat shapes into complex and bizarre patterns. But before you wow yourself, this is only the one-third scale model; the full, room-sized version be revealed on July 22 [Digital Grotesque via Gizmodo] Modern Architecture: Rainbow Church. This installation gives “walking into the light” a whole new meaning. 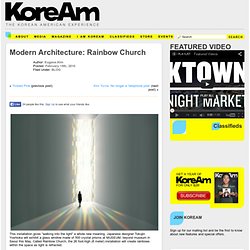 Japanese designer Tokujin Yoshioka will exhibit a glass window made of 500 crystal prisms at MUSEUM. beyond museum in Seoul this May. Called Rainbow Church, the 26 foot-high (8 meter) installation will create rainbows within the space as light is refracted. “I experienced a space filled with the light of Matisse: Being bathed in the sunlight of the Provence, the stained glass with Matisse’s vibrant colors suffused the room with full of colors. Polar Umbrella Buoyant Skyscraper Protects and Regenerates the Polar Ice Caps. First Place 2013 Skyscraper Competition Derek Pirozzi United States During the last decades of global warming, the polar ice caps have experienced a severe rise in temperature causing the northern and southern ice shelves to become thin, fractured, and melt into the ocean. 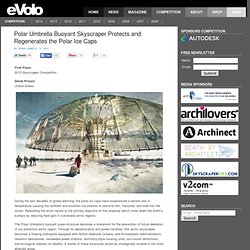 Rebuilding the arctic layers is the primary objective of this proposal which cools down the Earth’s surface by reducing heat gain in vulnerable arctic regions. The Polar Umbrella’s buoyant super-structure becomes a statement for the prevention of future depletion of our protective arctic region. Through its desalinization and power facilities, this arctic skyscraper becomes a floating metropolis equipped with NOAA (National Oceanic and Atmospheric Administration) research laboratories, renewable power stations, dormitory-style housing units, eco-tourist attractions, and ecological habitats for wildlife. 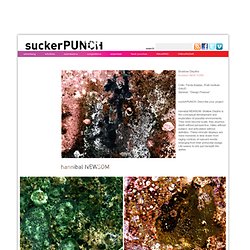 They exist beyond scale, they express depth without perspective, milieu without subject, and articulation without definition. These intricate displays are mere moments in time drawn from raging vortices of nascent worlds emerging from their primordial sludge. Reef\ Thessaloniki GREECE Aristotle University of Thessaloniki critics: Anastasios TELLIOS & Vasilis CHLOROKOSTAS suckerPUNCH: Describe your project. 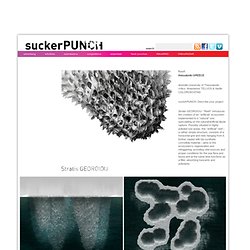 Stratis GEORGIOU: “Reef\” introduces the creation of an “artificial” ecosystem implemented to a “natural” one, speculating on the natural/artificial dipole rapture. Possibly situated in highly polluted sea areas, this “artificial” reef – a rather simple structure, consists of a horizontal grid and nets hanging from it, further claded with bio-synthetic corrodible material – aims to the ecosystem’s regeneration and retriggering, providing vital sources and proper conditions for the sea flora and fauna and at the same time functions as a filter, absorbing toxicants and pollutants. Autopoiesis. Thessaloniki GREECE. 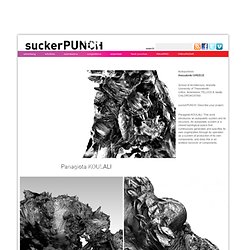 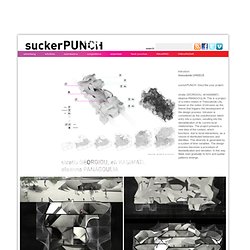 Sukkah City: ALL ROOF ALL WALL. Michael Young, Kutan Ayata, John Morrison Implicit within the rules and constraints of sukkah construction is a particular kind of enclosure. 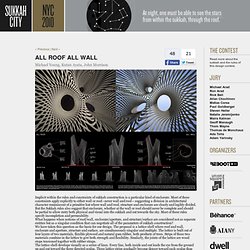 Most of these constraints apply explicitly to either wall or roof—never wall and roof— suggesting a division in architectural character reminiscent of a primitive hut where wall and roof, structure and enclosure are clearly and legibly divided. But the Sukkah rules also suggest that enclosure, whether at the wall or roof should never be complete and should be partial to allow entry both physical and visual into the sukkah and out towards the sky. Most of these rules specify incompletion and permeability. What happens when notions of roof/wall, enclosure/aperture, and structure/surface are considered not as separate entities but as a singular condition that can negotiate all of the parameters of sukkah construction? 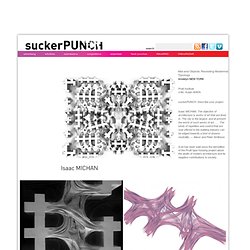 Isaac MICHAN: The objective of architecture is works of art that are lived in. The city is the largest, and at present the worst of such works of art. . . . Bishop Edward King Chapel by Niall McLaughlin Architects. This elliptical chapel near Oxford by London studio Niall McLaughlin Architects contains a group of arching timber columns behind its textured stone facade (+ slideshow). 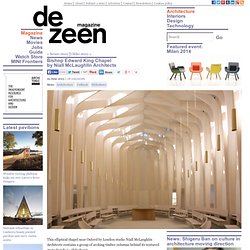 The Bishop Edward King Chapel replaces another smaller chapel at the Ripon Theological College campus and accommodates both students of the college and the local nuns of a small religious order. Niall McLaughlin Architects was asked to create a building that respects the historic architecture of the campus, which includes a nineteenth century college building and vicarage, and also fits comfortably amongst a grove of mature trees.