ByteGig,a team of passionate tech enthusiasts provides you with the most relevant news articles, insightful reviews, and detailed analysis on all things technology.

Microsoft freshens up Windows Start Menu and Alt Tab. Microsoft is introducing some minor changes in its design for Windows 10. 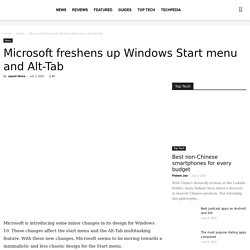 These changes affect the start menu and the Alt-Tab multitasking feature. With these new changes, Microsoft seems to be moving towards a minimalistic and less chaotic design for the Start menu. “We are freshening up the start menu with a more streamlined design that removes the solid colour backplates behind the logos in the apps list and applies a uniform, partially transparent background to the tiles” reported the blog. Xiaomi launches its first OLED TV in China: Welcome the 65inch Mi TV Master. Xiaomi has officially launched its first OLED TV in the form of the 65-inch Mi TV Master Series set. 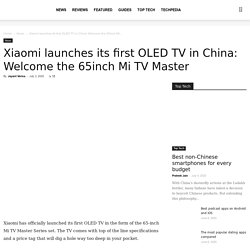 The TV comes with top of the line specifications and a price tag that will dig a hole way too deep in your pocket. The latest Tv features a 65-inch 4K OLED panel with a 3840 × 2160 resolution, 178-degree viewing angles, and minimal bezels all-around. You don’t see a thick bottom bezel to accommodate the Mi branding and the panel is housed inside a sleek 4.6mm metal frame. Xiaomi says that the Mi TV Master offers a 98.8 per cent screen-to-body ratio. The TV’s best aspect is its 120Hz refresh rate/1ms response time of the OLED panel. MediaTek announces two new chips: Helio G25 & G35. MediaTek, the world’s 4th largest global fabless semiconductor company has released two new chips. 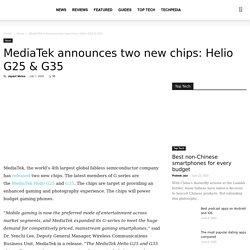 The latest members of G series are the MediaTek Helio G25 and G35. The chips are target at providing an enhanced gaming and photography experience. The chips will power budget gaming phones. “Mobile gaming is now the preferred mode of entertainment across market segments, and MediaTek expanded its G-series to meet the huge demand for competitively priced, mainstream gaming smartphones,” said Dr.

Interestingly, both the chips have already been made use of in smartphones. Best non-Chinese smartphones for every budget. With China’s dastardly actions at the Ladakh border, many Indians have taken a decision to boycott Chinese products. 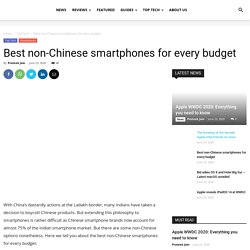 But extending this philosophy to smartphones is rather difficult as Chinese smartphone brands now account for almost 75% of the Indian smartphone market. But there are some non-Chinese options nonetheless. Twitter launches voice tweets for iOS users. For the past few weeks, Twitter has been trying and testing out a lot of new features.

Be it the recent fleets, or a prompt to read before retweet, Twitter has been on a roll. Now the company is testing a feature that lets users tweet using their voice. Instead of expressing oneself in 280 characters, a user can record audio for 140 seconds and post it. While composing a tweet user will be able to see an icon with wavelengths. This icon will allow users to tweet with their voice. Samsung launches Galaxy A21s at Rs. 16,4999/- Samsung has launched another player in its widely popular Galaxy A series. 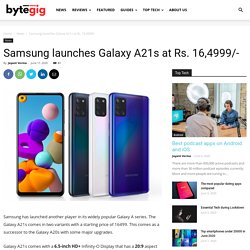 The Galaxy A21s comes in two variants with a starting price of 16499. This comes as a successor to the Galaxy A20s with some major upgrades. Galaxy A21s comes with a 6.5-inch HD+ Infinity-O Display that has a 20:9 aspect ratio. This is an LCD display instead of an AMOLED, which happens to be a key selling point of Samsung phones. Xiaomi launches a gigantic 30000 mAh Power Bank. 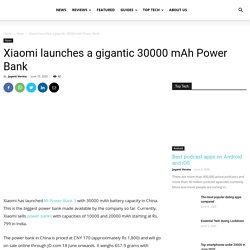 The power bank has two USB-A ports, one USB-C port, and one Micro-USB port. Xiaomi is expected to bring Mi Power Bank 3 to other markets, however, there has been no announcement so far. Gadgets & Smartphone Reviews.