Read "Today's Bussiness News Headlines" only on Buziness Bytes. Live news on sports, business, local news, health and entertainment news. Buziness Bytes updates you with the latest happenings across the world. We publish more than 200 news per day. We understand the value of news and committed to provide valuable news on time. Visit- 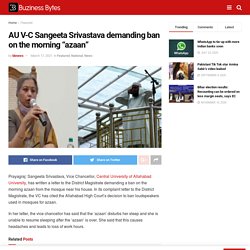 India reports 28,903 new cases of COVID-19. New Delhi: Amidst the rapid rise of cases of corona virus infection in the country, more than ten thousand active cases have been reported during the last 24 hours. 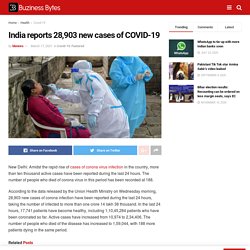 The number of people who died of corona virus in this period has been recorded at 188. According to the data released by the Union Health Ministry on Wednesday morning, 28,903 new cases of corona infection have been reported during the last 24 hours, taking the number of infected to more than one crore 14 lakh 38 thousand. In the last 24 hours, 17,741 patients have become healthy, including 1,10,45,284 patients who have been coronated so far.

Active cases have increased from 10,974 to 2,34,406. Petrol-diesel prices may be reduced before assembly polls, possible reduction of Rs 8.50 per liter. Man arrested for making hoax bomb call for Taj Mahal. Agra: The situation is now normal in the Taj Mahal, the historical heritage located in Agra, Uttar Pradesh. 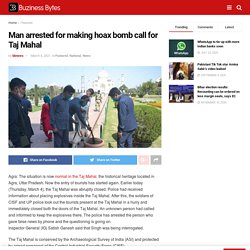 Now the entry of tourists has started again. Earlier today (Thursday, March 4), the Taj Mahal was abruptly closed. Police had received information about placing explosives inside the Taj Mahal. Meghan Markle Accuses Royals Of 'Perpetuating Falsehoods' London: The Duchess of Sussex has said that she is not afraid of the consequences of speaking out in her and Prince Harry’s interview with Oprah Winfrey. 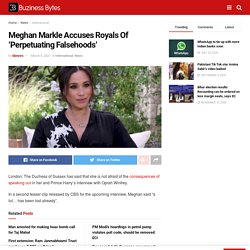 In a second teaser clip released by CBS for the upcoming interview, Meghan said “a lot… has been lost already”. She said she could not be expected to be silent if the royals had a part in “perpetuating falsehoods about us”, the BBC reported. It comes as Buckingham Palace said it had launched an investigation into claims the duchess bullied royal staff. 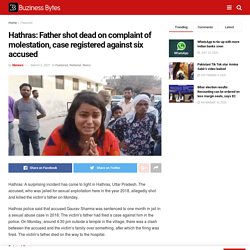 The accused, who was jailed for sexual exploitation here in the year 2018, allegedly shot and killed the victim’s father on Monday. Hathras police said that accused Gaurav Sharma was sentenced to one month in jail in a sexual abuse case in 2018. The victim’s father had filed a case against him in the police. 29 lakh people registered for vaccination on Monday. In view of expected protests, Section 144 imposed in Lucknow. Lucknow: The Commission has implemented Section 144 till April 5 to maintain peace keeping in view the strong possibility of large sit-in demonstrations by farmers and youth unemployed in the Commissionerate Lucknow region. 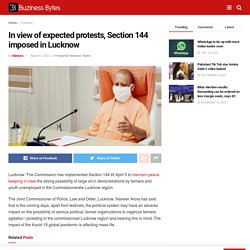 The Joint Commissioner of Police, Law and Order, Lucknow, Naveen Arora has said that in the coming days, apart from festivals, the political system may have an adverse impact on the possibility of various political, farmer organizations to organize farmers agitation / picketing in the commissioned Lucknow region and bearing this in mind.

The impact of the Kovid-19 global pandemic is affecting mass life. He said that peace can be disturbed by anti-social elements on the occasion of Mahashivratri, Holi, Shabe Barat, Good Friday and Easter Saturday in March and Easter Monday / Maharaj Kashyap Jayanti on April 5. Due to which there is a strong fear of increasing bitterness and becoming disillusioned with the Lok Prashant. Yamuna Expressway: Tanker overturns on car, 7 deaths, of which 6 belong to the same family. Parineeti says, criticism and scrutiny are a part of an actor's everyday life. Mumbai: Parineeti is gearing up for the release of her upcoming film “The Girl On The Train”, a remake of the Hollywood film starring Emily Blunt and is based on the book having the same name. 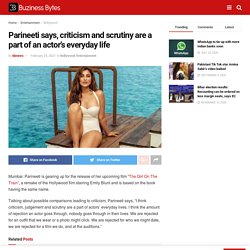 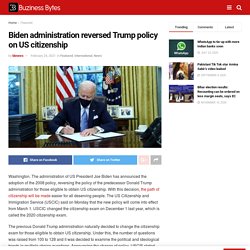 The administration of US President Joe Biden has announced the adoption of the 2008 policy, reversing the policy of the predecessor Donald Trump administration for those eligible to obtain US citizenship. With this decision, the path of citizenship will be made easier for all deserving people. Will agrarian issues be decisive factors in forthcoming assembly elections. Will Punjab be repeated in other states also? 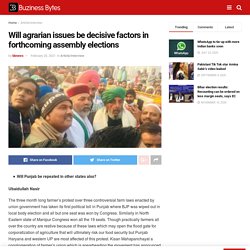 Ubaidullah Nasir The three month long farmer’s protest over three controversial farm laws enacted by union government has taken its first political toll in Punjab where BJP was wiped out in local body election and all but one seat was won by Congress. Similarly in North Eastern state of Manipur Congress won all the 19 seats. Though practically farmers all over the country are restive because of these laws which may open the flood gate for corporatization of agriculture that will ultimately risk our food security but Punjab Haryana and western UP are most affected of this protest. Kisan Mahapanchayat a conglomeration of farmer’s union which is spearheading the movement has announced to spread their protest in Bengal and Assam also where state assembly elections are going to be held in near future. 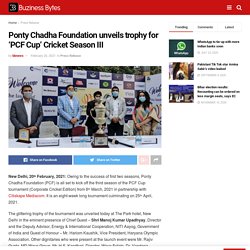 Contentious farm laws should be revoked: Ghulam Nabi Azad in Rajya Sabha. New Delhi: Leader of Opposition in Rajya Sabha Ghulam Nabi Azad on Wednesday said instead of taking on the farmers, the Centre should resolve the problems through negotiations and revoke the three contentious farm laws. While participating in the discussion on the motion of thanks on the President’s address in the Rajya Sabha, Mr Azad said that the dispute would not have arisen had these three laws been sent to the Select Committee.

Criticising the violence that shook the National Capital on the Republic Day, he said, “We condemn the violence that took place on January 26th and call for strict punishment to the culprits. Killing of TN fishermen in Sri Lanka unacceptable: Jaishankar Prasad. New Delhi: India has taken up with Sri Lanka in the strongest terms the killing of Tamil Nadu fishermen in the island nation, and has made it very clear that such incidents are unacceptable, External Affairs Minister S Jaishankar told Rajya Sabha on Wednesday. The statement came after Tamil parties raised the issue of four fishermen from the state being allegedly killed by the Sri Lankan Navy while fishing mid-sea. ”We have taken it up in strongest terms with the Sri Lankan government and this particular incident I think was particularly unacceptable and that has been made very very clear to them,” Jaishankar said.

SC refuses judicial inquiry on Republic Day violence. New Delhi: The Supreme Court Wednesday refused to entertain a plea seeking setting up of a committee headed by a former apex court judge to conduct a time-bound probe into the violence during tractor rally in Delhi on the Republic Day. A bench headed by Chief Justice S A Bobde asked lawyer Vishal Tiwari, who had filed the PIL, to give a representation to the central government for taking necessary action. ”We are sure that the government is inquiring into it (violence) and they are doing it. We have read statement made by the Prime Minister in the press that the law will take its own course.

That means they are inquiring into it. We do not want to interfere in it at this stage,” said the bench, also comprising Justices A S Bopanna and V Ramasubramanian. Rs 1L cash reward on Deep Sidhu and three others. Amazon CEO Jeff Bezos step down. Kangana attacks Rihanna for farmers tweet, says-sit down you fool.

CBSE board exams datesheet to be released on Feb 2 - Buziness Bytes. Pak, India engage in heated debate at UNGA over minority rights. Islamabad: The accusations erupted when a resolution, co-sponsored by Pakistan, was presented in the UNGA, condemning damage and destruction to religious sites. Centre to develop water transport connectivity of NE with neighbouring countries: PM Modi. Closing the doors of talks is not solution, govt must show flexibilty. Repeal the controversial laws, enact new after wide consultations with stakeholders. Save with Systematic Deposit Plan to stick to your New Year Resolution - Buziness Bytes. A recent Salary Trends Survey conducted by Aon projected that around 87 percent of the Indian companies that were surveyed plan to offer salary hikes to their employees in 2021.