Mass of firms unite to fight area becoming 'UK fracking capital' MORE than 180 companies have formed a coalition to campaign against fracking in a tourism-dependent area they fear will become the national centre for the controversial gas production method. 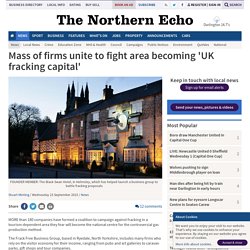 The Frack Free Business Group, based in Ryedale, North Yorkshire, includes many firms who rely on the visitor economy for their income, ranging from pubs and art galleries to caravan parks, gift shops and tour companies. Other businesses that have joined the group include farmers, high street retailers, vets and wine merchants.

The move follows government-commissioned environmental surveys for oil and gas licences revealing last month that most of the district would be within a "10km potential zone of impact" of a fracking site should proposed schemes go ahead. Third Energy says it is confident the scheme would be safe and has highlighted that it would apply to the Environment Agency for mining waste operation, radioactive substances and groundwater activity permits. 002_293__unconventionalgasextractionpolicy_1375953559.pdf. Lancashire councillors prevented from blocking proposals for UK's first fracking site, says council member - Home News - UK - The Independent.

Fracking: Decision on Lancashire shale gas site postponed amid an extraordinary legal row - Home News - UK - The Independent. Lancashire councillors complained that their deliberations had been constrained by “secret” legal advice which they had been provided with – in private – only hours before the planned vote. 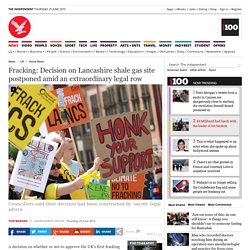 Councillor Paul Hayhurst felt so strongly that he proposed a motion to make the advice public so people could see how they were being influenced. The motion was passed and the legal advice could be published today. Counter-terrorism police visit journalist at home over fracking film. PHOTO: WMP under Creative Commons Licence Since early last year, Netpol has heard stories about unexpected, intimidatory visits by police to the homes of anti-fracking activists: nineteen people who responded to our recent survey have reported them. 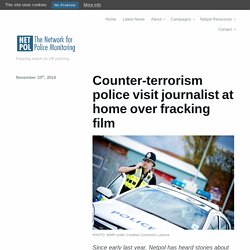 Nina’s experience is a little different: she is a journalist covering the growing protest movement, who recently received a knock on her door by counter terrorism officers. It also raises serious concerns about how far the police are prepared to act on behalf of the private interests of extreme energy companies. This is her story. On Tuesday 23 September, around mid morning, I was visited by two plain clothed police officers asking to come into my home and interview me. They told me they had received intelligence about a man and woman in a white car with my registration number, who had filmed a proposed fracking site on Preston New Road near Blackpool and who had asked questions of two security guards who were camped in the field. 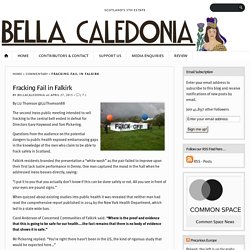 Questions from the audience on the potential dangers to public health exposed embarrassing gaps in the knowledge of the men who claim to be able to frack safely in Scotland. Falkirk residents branded the presentation a “white wash” as the pair failed to improve upon their first lack lustre performance in Denny. One man captured the mood in the hall when he addressed Ineos bosses directly, saying: “I put it to you that you actually don’t know if this can be done safely or not.

When quizzed about existing studies into public health it was revealed that neither man had read the comprehensive report published in 2014 by the New York Health Department, which led to a state wide ban. Mr Pickering replied: “You’re right there hasn’t been in the US, the kind of rigorous study that would be expected here…” 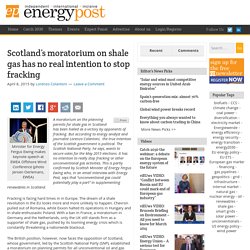 Public Health England’s draft report on shale gas extraction. Doctors and academics call for ban on 'inherently risky' fracking. Fracking should be banned because of the impact it could have on public health, according to a prominent group of health professionals. 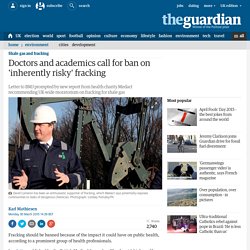 In a letter published by the British Medical Journal on Monday, 20 high-profile doctors, pharmacists and public health academics said the “inherently risky” industry should be prohibited in the UK. “The arguments against fracking on public health and ecological grounds are overwhelming. There are clear grounds for adopting the precautionary principle and prohibiting fracking,” they said.

The signatories include former chair of the Royal College of General Practitioners, Dr Clare Gerada, chief executive of the Royal Pharmaceutical Society Helen Gordon and former deputy chief medical officer Dr Sheila Adam. The letter was prompted by a report from health charity Medact, to be released on Monday, which recommended a UK-wide moratorium be placed on fracking.

“I am questioning that,” said McCoy. The letter said: “Shale gas is not a clean source of energy. Revealed: the catalogue of health and safety breaches by INEOS at Grangemouth. An investigation by the Sunday Herald has uncovered the Swiss-based petrochemical giant's record of mishaps, leaks and failures to control risks for workers. 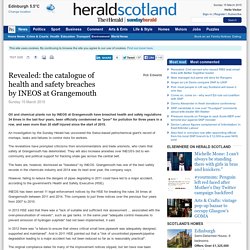 The revelations have prompted criticisms from environmentalists and trade unionists, who claim that safety at Grangemouth has deteriorated. They will also increase anxieties over INEOS's bid to win community and political support for fracking shale gas across the central belt. The fears are, however, dismissed as "baseless" by INEOS. Revealed: energy giants plans to lovebomb Scotland into backing fracking. 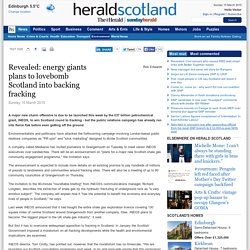 A company called Mediazoo has invited journalists to Grangemouth on Tuesday to meet senior INEOS executives over sandwiches. There will be an announcement on "plans for a major new Scottish shale gas community engagement programme," the invitation says. The announcement is expected to include more details on an existing promise to pay hundreds of millions of pounds to landowners and communities around fracking sites. There will also be a meeting of up to 80 community councillors at Grangemouth on Thursday. Extreme Energy. '14th Oil & Gas Licensing Round' map from the'Jam Tomorrow' presentation, 2011 'Extreme energy' has been my major project for the last five years (2009-2014), and has concentrated on the issue of unconventional gas production – shale gas (aka. 'fracking'), coalbed methane and underground coal gasification. 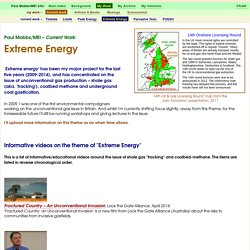 In 2009, I was one of the first environmental campaigners working on the unconventional gas issue in Britain. And whilst I'm currently shifting focus slightly, away from this theme, for the foreseeable future I'll still be running workshops and giving lectures in the issue. I'll upload more information on this theme as an when time allows. Informative videos on the theme of "Extreme Energy" This is a list of informative/educational videos around the issue of shale gas "fracking" and coalbed-methane. 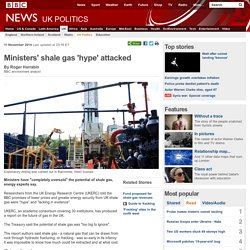 Researchers from the UK Energy Research Centre (UKERC) told the BBC promises of lower prices and greater energy security from UK shale gas were “hype” and "lacking in evidence". UKERC, an academic consortium covering 30 institutions, has produced a report on the future of gas in the UK. Power1. Lord Howell: Fracking Should Only Occur in 'Derelict' North to Save Tory Votes.

Chemicals company plans to start shale gas exploration in Scotland. Scottish Government defy Westminster over fracking. SCOTTISH INDEPENDENCE: The Scottish energy minster has objected to the UK government’s “gung-ho” plans to remove the right of Scots to object to fracking beneath their homes. Proposals from the UK Department of Energy and Climate Change (DECC) will allow companies to drill for unconventional oil and gas below residential areas without first negotiating access rights.

The new powers will give automatic rights of access for firms to drill at depths of more than 300 metres. Fracking trespass law changes move forward despite huge public opposition. Fracking will take place below Britons’ homes without their permission after ministers rejected 40,000 objections to controversial changes to trespass laws. The UK government argued that the current ability for people to block shale gas development under their property would lead to significant delays and that the legal process by which companies can force fracking plans through was costly, time-consuming and disproportionate.

There were a total of 40,647 responses to a consultation on the move to give oil and gas companies underground access without needing to seek landowners’ permission, with 99% opposing the legal changes. Setting aside the 28,821 responses submitted via two NGO campaigns, 92% of the remaining responses objected to the proposals. New laws will now be passed giving automatic access for gas and oil development below 300m and a notification and compensation scheme will be run by the industry on a voluntary basis.

UK government over rule Scottish Fracking concerns - Oil and Gas News. Published in Oil Industry News on Friday, 26 September 2014. Fracking has conquered the US. But here's why it can't happen in Britain. First UK fracking leak as Dart Energy wells fail. Dart Energy boreholes around Canonbie, Scotland. Protestors' 'Fracking victory' at Barton Moss. A long convoy of massive lorries built up on the main road outside while protestors partied in the rain. After a District Judge ruling in Manchester Magistrates Court ruled this week that Barton Moss Road was a 'public footpath' rather than a highway with vehicular rights, Greater Manchester police have backed off - and protestors are celebrating!

The ruling means that the road is still a right of way for pedestrians, but not for vehicles. So there no offence is committed when protestors block vehicular traffic. Cameron to work with Poland on undermining EU fracking legislation. David Cameron tells Polish Prime Minister that he will cooperate to prevent EU legislation that could slow down fracking industry.