El Nido Resorts. The Unthinkable has Happened! Meat Industry Embraces Plant-Based Meat. If you are remotely interested in the food industry, visited a grocery story or eaten out lately, you’ve probably heard of the biggest food story of the century. 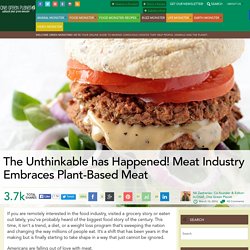 This time, it isn’t a trend, a diet, or a weight loss program that’s sweeping the nation and changing the way millions of people eat. It’s a shift that has been years in the making but is finally starting to take shape in a way that just cannot be ignored. Americans are falling out of love with meat. Thanks to the growing awareness that meat is not the healthiest or the most sustainable source of protein, demand for alternative protein sources are at an all time high.

One-third of Americans are choosing to leave meat off their plates more frequently. Still not convinced or not quite grasping the true impact of this industry-shifting trend? Yes, meat is being redefined at this very moment in history and even the industry that produces meat via livestock farming is sitting up and taking notice. Tudo Quanto é Coisa. Top 23 Amazing Destinations In Mindanao. Just when you thought only Luzon and Visayas has the most fine-looking tourist attractions in the Philippines to explore then Mindanao will definitely prove you wrong. 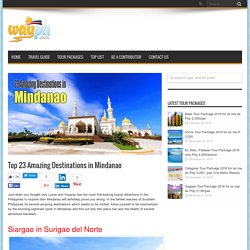 In the farther reaches of Southern Philippines lie several amazing destinations which awaits to be visited. Allow yourself to be mesmerized by the stunning sightseer spots in Mindanao and find out why this place has won the hearts of several adventure travellers. Siargao in Surigao del Norte Dako Island Hailed as one of the best surfing spots in the Philippines, Siargao has a whole lot more to showcase, drawing the interest of tourists coming from diverse walks of life. Faith Hill - There You'll Be. GIOVANNI MARRADI - And I Love You So. Shangri-La Fort GIF. 17 Nostalgic Foods That Are Disappearing From Singapore’s History. As we progress further into the future, Singapore’s society as a whole moves on together and we often leave behind certain sorts of heritage, like the disappearance of certain old school foods that was wildly popular back in the days of massive immigration. 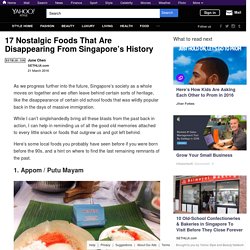 While I can’t singlehandedly bring all these blasts from the past back in action, I can help in reminding us of all the good old memories attached to every little snack or foods that outgrew us and got left behind. Here’s some local foods you probably have seen before if you were born before the 90s, and a hint on where to find the last remaining remnants of the past. I remember having Putu Mayam a lot as a child, I loved pulling apart a large chunk of what I thought was beehoon, and dunk it lavishly in the sugar. I could get it anytime I wanted it, since it was right beneath my house.

It’s getting harder for me to find back this taste, and with it, my childhood. Luckily for Heavens, because they’re still serving this Tamil delight. 6. A Filipino native who's cooked for Guy Savoy and Thomas Keller opens Rice Bar in downtown L.A. Rice Bar, a diminutive Filipino counter restaurant in downtown Los Angeles, is to a normal restaurant kind of like what tiny houses are to conventional houses. 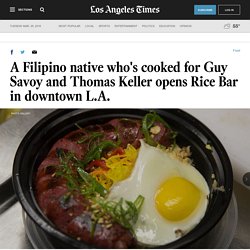 Seven neon yellow stools are jammed up to an L-shaped marble counter that takes up the majority of the 275-square foot space. Behind that counter, Rice Bar's chef and owner Charles Olalia cooks on a jigsaw system made up of three rice cookers, two hot plates, a griddle and a warmer. Olalia, who is 32 and originally from Manila, opened this, his first restaurant, six months ago in what was previously a falafel joint. It is a lot smaller than Patina, Joachim Splichal's gorgeous flagship fine dining restaurant, which is less than a mile away from Rice Bar, and where Olalia was executive chef until a year and a half ago.

New music videos. Reasons Spicy Foods And Peppers Are Good For The Health. Many thought that eating spicy food can cause ulcer or any other stomach illnesses. 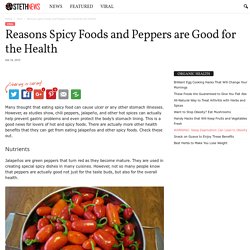 However, as studies show, chili peppers, jalapeño, and other hot spices can actually help prevent gastric problems and even protect the body’s stomach lining. This is a good news for lovers of hot and spicy foods. There are actually more other health benefits that they can get from eating jalapeños and other spicy foods. Check these out. Nutrients. National Geographic Names Mary Most Powerful Woman. Article begins after advertisement: Even if you are not a regular reader of National Geographic, you may want to pick up a copy of the December, 2015 issue. 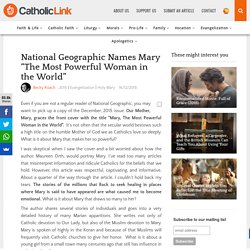 Our Mother, Mary, graces the front cover with the title “Mary, The Most Powerful Woman in the World”. It’s not often that the secular world bestows such a high title on the humble Mother of God we as Catholics love so deeply. What is it about Mary that makes her so powerful? El Nido Resorts.