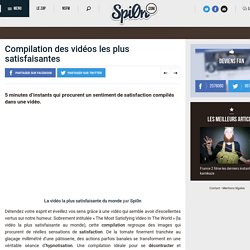 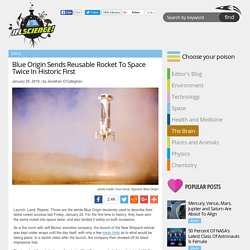 Philippe Dumortier. This Is What Happens When You Light 10,000 Sparklers In A Bucket. If you were to burn 10,000 sparklers separately, it would take more than two days. 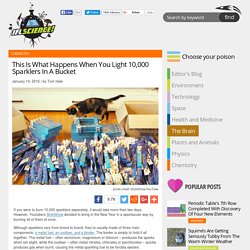 However, Youtubers SlivkiShow decided to bring in the New Year in a spectacular way by burning all of them at once. Although sparklers vary from brand to brand, they’re usually made of three main components: a metal fuel, an oxidiser, and a binder. The binder is simply to hold it all together. The metal fuel – often aluminium, magnesium or titanium – produces the sparks when set alight, while the oxidiser – often metal nitrates, chlorates or perchlorates – quickly produces gas when burnt, causing the metal sparkling fuel to be forcibly ejected. 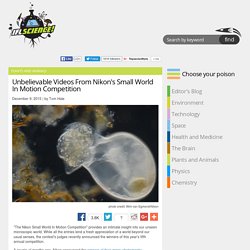 While all the entries lend a fresh appreciation of a world beyond our usual senses, the contest's judges recently announced the winners of this year's fifth annual competition. A couple of months ago, Nikon announced the winners of their micro-photography competition, which selected some of the best images captured via microscopes. This contest is very similar except all the entries are videos, adding a whole new dimension to this seldom seen world. The winning video comes from Wim van Egmond of the Micropolitan Museum in The Netherlands. 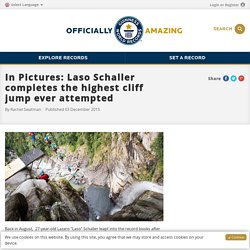 In the breath-taking beautiful setting of Maggia, Ticino, Switzerland, the fearless canyoner threw himself feet-first off a 58.8 m (192 ft 10 in) rock face – that’s higher than Italy’s Leaning Tower of Pisa (56.71 m) or the equivalent of a 17 storey building. Red Bull © Months preparation went into this challenge. Technique pour calmer un bébé qui pleure. Ocean Reality - DUET. A Fire Tornado Filmed In Slow Motion Is Even More Awesome Than It Sounds. Believe it or not, fire tornados are a naturally occurring phenomenon. 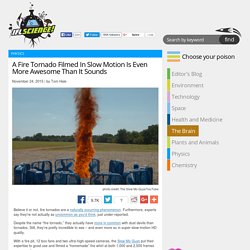 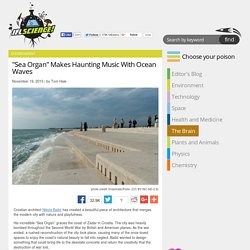 His incredible “Sea Organ” graces the coast of Zadar in Croatia. The city was heavily bombed throughout the Second World War by British and American planes. As the war ended, a rushed reconstruction of the city took place, causing many of the once-loved spaces to enjoy the coast’s natural beauty to fall into neglect. Bašić wanted to design something that could bring life to the desolate concrete and return the creativity that the destruction of war lost. Ils dansent dans Paris et c'est magnifique. Watch Two Guys Fly Their JETPACKS Alongside A Plane. Is it a bird? 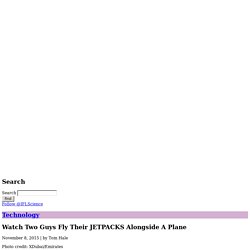 Is it a plane? No, it’s some viral marketing! This insane video features French “Jetman” Yves Rossy and his daredevil protégé Vince Reffet. Rossy is no stranger to crazy jetpack stunts, he flew over the Grand Canyon on a jetpack four years ago and has previously been seen flying around the skies of Dubai. This video, filmed by four small aircraft on the morning of October 13, is a collaboration between Emirates airlines and XDubai. "While the formation flight looked effortless on film, painstaking planning and meticulous collaboration with an intense focus on safety drove all efforts," Rossy and Reffet said on their website. You can view the stunt in the video below, or check out the behind-the-scenes action here. Simulation Shows What Would Happen If The Moon Hit Earth.

It’s a good thing it’s probably never going to happen, because if the Moon hit Earth, it doesn’t look like it would be good news. 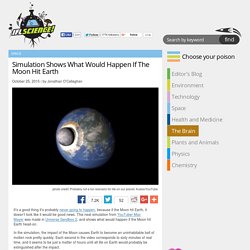 This neat simulation from YouTuber Max Mayer was made in Universe Sandbox 2, and shows what would happen if the Moon hit Earth head-on. In the simulation, the impact of the Moon causes Earth to become an uninhabitable ball of molten rock pretty quickly. Each second in the video corresponds to sixty minutes of real time, and it seems to be just a matter of hours until all life on Earth would probably be extinguished after the impact. While interesting, it’s not entirely accurate and is merely a bit of fun. For one thing, there should be a large chunk of Earth missing where the Moon hit. Jean Claude Vasseur. Une mystérieuse classe d'étudiantes japonaises. Negronews. African School Kids Dance Moves - African Muzik Magazine.

The beautiful black and orange Monarch butterfly may soon be on the endangered list. 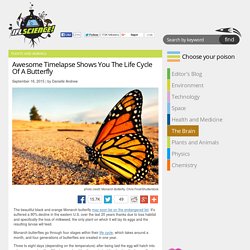 It's suffered a 90% decline in the eastern U.S. over the last 20 years thanks due to loss habitat and specifically the loss of milkweed, the only plant on which it will lay its eggs and the resulting larvae will feed. Tenth + Fourth. Man Straps Drones Together To Create A DIY Hovercraft. Drones are defined as a non-piloted aircraft, controlled remotely by the user. Viewed as an innocent pastime by some, and an annoying invasive toy to others, drones have become increasingly popular in recent years with models hitting the market for as little as $40 (£25). With a new toy to play with, it was always clear that someone was going to take it a little further. And in the case of YouTube user Gasturbine101, it wasn’t enough to watch the view from the drone with his feet safely on the ground. Meet “Swarm”, described by the uploader of the video as The Manned Aerial Vehicle Multirotor Super Drone... which can basically be described as a bunch of drones, strapped together with a seat added in.

Octopus That Walks On Land. Ben Mohamed Mourad. Arch2O.com. Ants Devour Dead Gecko. Dean Potters "The man who can fly" wingsuit base jump (best in world) Time-Lapse Footage of a Supercell Thunderstorm. A group of stormchasers captured some beautiful and terrifying footage of a supercell thunderstorm developing over Wyoming this weekend.

As far as thunderstorms go, supercells are the least common, but they're responsible for most of the violent tornadoes in the U.S. Assassin's Creed Syndicate : trailer et gameplay. The Ultimate Last Minute Goals. Everyone loves a last minute goal, don’t they? Unless of course, it’s your team who have conceded. Take Sergio Aguero’s last minute winner to give Manchester City the Premier League crown. There probably isn’t a better way to finish the season and it will probably take a while for a better ending. Man Films Being Struck By Lightning. Some people just don't know when to stop, like Scott Sheppard, a storm chaser with Severe Studios. Tempted by a tempest near Fairburn, South Dakota last week Sheppard got a little too close and was struck by lightning.

Although he didn't manage to film the actual bolt, you do get a remarkable sense of what the experience is like. We should warn that some viewers may find this video shocking. Sheppard certainly did. The strike ran down Sheppard's arm before jumping to the ground and making the hole you can see. L'addiction aux smartphones dans une animation. Dessin d'un verre 3D réaliste - vidéo dailymotion. Watch A Super Heated Nickel Ball Try To Cut Through A Gobstopper. They fascinated and frustrated most of us as children - what is in the middle of that damn gobstopper? After 24,234,029 licks was it actually getting any smaller?! So what makes jaw breakers so hard, and how are they made?

The jaw breaker is formed around its center, either a gum or hard candy. Once the center has been made, they’re thrown into a coating pan along with a mixture of hot water, corn syrup and food coloring, along with a liberal sprinkling of dextrose. The pan rotates 20 minutes to dry the added ingredients before repeating the process again, up to 10 times: this is what creates the various layers of color and size of the breaker. Ce chat se fait masser les épaules par un vrai pro, et il a l'air d'adorer ça ! Yvan Wouandji Scores An Amazing Solo Golazo Against Germany In A Blind Football Match. GTA V comparaison graphique consoles et PC. Skaters Perform Impressive Tricks on Freeline Skates in Taipei.