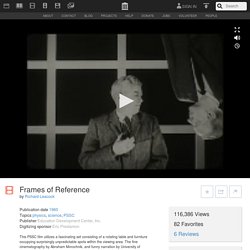 The fine cinematography by Abraham Morochnik, and funny narration by University of Toronto professors Donald Ivey and Patterson Hume is a wonderful example of the fun a creative team of filmmakers can have with a subject that other, less imaginative types might find pedestrian. Run time 26 min.Producer Richard LeacockProduction Company Education Development Center, Inc.Sponsor Eric PrestamonAudio/Visual sound, black and white Reviewer:leacevedo - favoritefavoritefavoritefavorite - April 12, 2012 Subject: Small correction Hello, I just want to point to a detail in this movie Frames Of Reference that may create confusion. There is a part where one of the characters states that the motion of the Earth relative to the Sun produces even smaller fictitious effects than the motion of the planet around its axis.

Untitled. Amuse park physics. SciencePorn - #diplymix. Science and Technology of WWII. So What is This About? 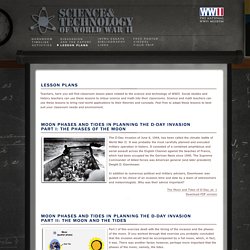 The D-Day invasion of June 6, 1944, has been called the climatic battle of World War II. In addition to numerous political and military advisers, Eisenhower was guided in his choice of an invasion time and date by a team of astronomers and meteorologists. The Moon and Tides of D-Day, pt. 1Download PDF version The Phases of the Moon Part I of this exercise dealt with the timing of the invasion and the phases of the moon. Reinventing the Wheel (for Mars)

How do we study the surface of Mars if we can’t go there? 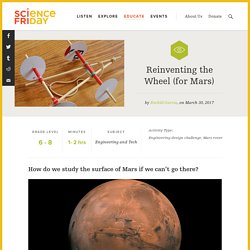 Mars is one of our closest neighbors in the solar system and likely the next planet that humans will set foot on. One big reason we’re interested in Mars is because water once flowed there, and may still flow there today. Almost everywhere water is found on Earth, we find life. Mobile Device Models. Open Source Physics. Computational Resources for Teaching The OSP Collection provides curriculum resources that engage students in physics, computation, and computer modeling. 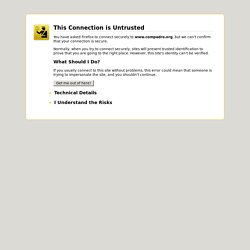 Interactive Video Vignettes. Vignettes for Introductory Physics (available now) Projectile Motion Independence of vertical and horizontal motion Newton's First Law Sliding objects with less friction slow down less, so without friction an object would not slow down at all. 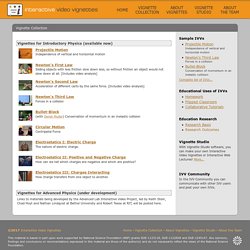 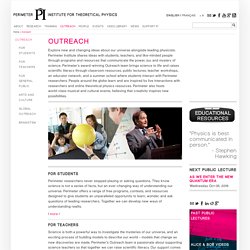 They know science is not a series of facts, but an ever-changing way of understanding our universe. Perimeter offers a range of free programs, contests, and resources designed to give students an unparalleled opportunity to learn, wonder, and ask questions of leading researchers. Together we can develop new ways of understanding reality. | more | Science is both a powerful way to investigate the mysteries of our universe, and an exciting process of building models to describe our world – models that change as new discoveries are made. . | more | Albert Einstein once said, "The important thing is not to stop questioning. " The complex physics of that viral water bottle trick, explained. Graphing Calculator - Symbolab. Physics - SDUHSD Common Core Resources. 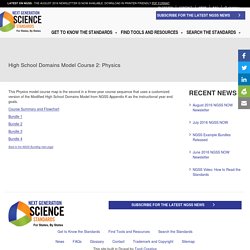 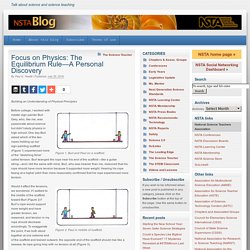 Burl and Paul on a scaffold. Before college, I worked with master sign painter Burl Grey, who, like me, was passionate about science but didn’t study physics in high school. One day Burl asked which of the two ropes holding up our sign-painting scaffold (Figure 1) experienced more of the “stretching force” called tension. Burl twanged the rope near his end of the scaffold—like a guitar string—and I did the same with mine. Figure 2. Would it affect the tensions, we wondered, if I walked to the middle of the scaffold, toward Burl (Figure 2)? Figure 3. We agreed that my rope’s tension would decrease as I walked toward Burl—but would the decrease be compensated—exactly—by increased tension in Burl’s rope? The equilibrium rule In my first physics class, I learned that things at rest, such as that scaffold, are in mechanical equilibrium. ∑F = Tension1 + Tension2 – 140 pounds – 110 pounds – 100 pounds = 0. Figure 4.

Figure 5. Figure 6. This is how refraction works. A Tale of Momentum & Inertia. CTE102Week4Common_Core_Lesson_Physics_R3 after turned in final for use in interviewing Carson HS Final.