Max bruinsma. First Things First 2000 a design manifesto manifesto published jointly by 33 signatories in: Adbusters, the AIGA journal, Blueprint, Emigre, Eye, Form, Items fall 1999 / spring 2000 foreword by Chris Dixon, Adbusters introduction by Rick Poynor We, the undersigned, are graphic designers, art directors and visual communicators who have been raised in a world in which the techniques and apparatus of advertising have persistently been presented to us as the most lucrative, effective and desirable use of our talents. 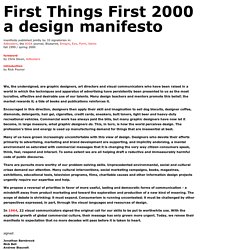 Many design teachers and mentors promote this belief; the market rewards it; a tide of books and publications reinforces it. Encouraged in this direction, designers then apply their skill and imagination to sell dog biscuits, designer coffee, diamonds, detergents, hair gel, cigarettes, credit cards, sneakers, butt toners, light beer and heavy-duty recreational vehicles. Being Busy Permanently Reduces Your Capacity to Think Deeply and Creatively.

The other day a friend mentioned that he’s looking forward to autonomous cars, as it will help lower the accident and fatality rates caused by distracted driving. 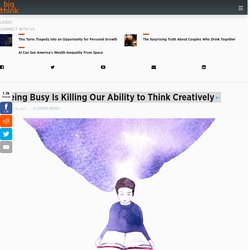 True, was my initial reply, with a caveat: what we gain on the roads we lose in general attention. Having yet another place to be distracted does not add to our mental and social health. Little good comes from being distracted yet we seem incapable of focusing our attention. Among many qualities that suffer, recent research shows creativity takes a hit when you’re constantly busy.

Being able to switch between focus and daydreaming is an important skill that’s reduced by insufferable business.1 As Stanford’s Emma Seppälä writes: The idea is to balance linear thinking—which requires intense focus—with creative thinking, which is borne out of idleness. Jessica Lahey’s ‘The Gift of Failure’: A Fear of Risk-Taking Has Destroyed Kids’ Love of Learning.

I’ve known the mother sitting in front of me at this parent-teacher conference for years, and we have been through a lot together. 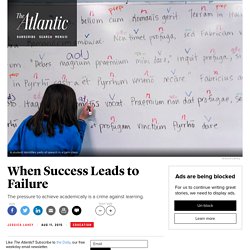 I have taught three of her children, and I like to think we’ve even become friends during our time together. What is your favorite toast? Part Deux. Title. Title. Jad Abumrad: Why “Gut Churn” Is an Essential Part of the Creative Process. What’s gut churn? 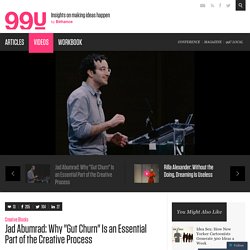 Radiolab creator and host Jad Abumrad describes it as the radical uncertainty that’s a core part of any creative process that really pushes the envelope. You’re entering unknown territory, and working without a map. Using examples from Radiolab’s own evolution, Jad shares the benefits of negative feedback and how we can look out for “pointing arrows” that can help guide our work (even when it hurts). Jad Abumrad is the host and creator of Radiolab, which reaches roughly 2 million people per month. He’s been called a “master of the radio craft” for his unique ability to combine cutting edge sound-design, cinematic storytelling and a personal approach to explaining complex topics, from the stochasticity of tumor cells to the mathematics of morality.

Radiolab NY Times Profile @jadabumrad. Six Creative Ways To Brainstorm Ideas. WHERE GOOD IDEAS COME FROM by Steven Johnson. Twenty Quotes to Give you Chills. “Isn’t it funny how day by day nothing changes, but when we look back everything is different.” ~ C.S. 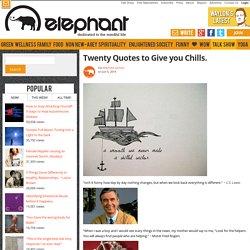 THIS IS WATER YouTube. This Video Uses Jelly Beans To Show You How Much You're Wasting Your Life (Video) Coached Through College: Professional Motivators Decrease Dropout Rates. When she became the first person in her family to graduate from college, Virginia Hughes invited the three people she credited most with getting her to that milestone: her mother, her grandmother and a retired hospital administrator named Laura Harrill. 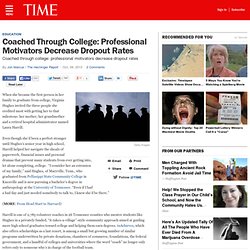 To Prove Humans Could Be Happier With Simpler Lives, She Came Up With An Elaborate Experiment. The Single Most Mind-Altering Photograph Humanity Has Ever Taken. Fitting In Cardboard. A Time Traveling Vintage Inspired San Francisco Home. I’ve been a huge fan of Troy Litten ever since discovering his Wanderlust series published by Chronicle Books back in 2002 that capture the visual culture of travel and mundane experiences around the world so I am extra excited to share this sneak peek today. 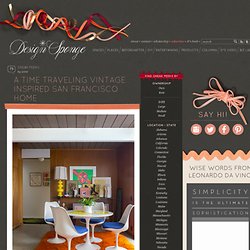 Troy was born and raised in Ohio and had stints in London, Hong Kong, and New York before settling in San Francisco in 1995. He moved into this house in the Diamond Heights neighborhood of San Francisco in 2009. The area was originally developed in the early 1960s featuring about 100 Joseph Eichler built homes of varying designs. Troy’s is one of the single-story constructions on a flat lot on the top of the hill, and not much has changed since it was built in 1962.

Troy never really considered how to “decorate” the house, instead surrounding himself with the things he loves and crafty throwbacks to his childhood. Click for more inside Troy’s incredible home after the jump! Image above: Center courtyard and master bedroom at night. Making Friends With Failure. No one likes failure, the F-word, no matter how you sugarcoat it. 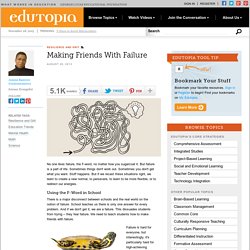 But failure is a part of life. Sometimes things don't work out. Sometimes you don't get what you want. Stuff happens.