The CrowHouse Homepage. In Its Battle With Apple, Epic Did What No Brand Should Ever Do. You have to admit, Epic's battle against Apple's App Store started off looking, well, epic. 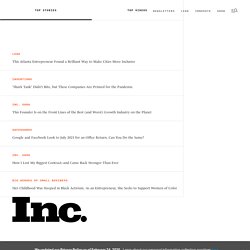 The PR campaign, which included an in-game Mega Drop, a parody video of Apple's famous 1984 ad, and a series of tweets followed by a lawsuit against the iPhone maker, as well as Google. The campaign was all very well-produced and coordinated to make a point. That point was that Epic was on the side of developers everywhere in fighting against the raging corporate machine that Apple has become. The gaming company was also on the side of its users, offering them a less-expensive way to buy the virtual currency used for in-game purchases by avoiding Apple's payment system altogether. Except, Epic isn't the right developer to make this case.

Also, Epic isn't the champion of developers. Epic would be happy to help other developers out by allowing them to put their games in its store. Warsash Superyacht Academy. Legally Binding Electronic Signatures - HelloSign. Untitled. 1. 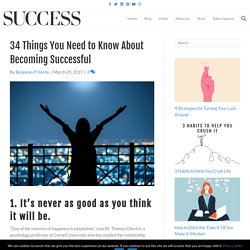 It’s never as good as you think it will be. “One of the enemies of happiness is adaptation,” says Dr. Thomas Gilovich, a psychology professor at Cornell University who has studied the relationship between money and happiness for more than two decades. He adds, “We buy things to make us happy, and we succeed. Matt Mullenweg wordpress interview process. Instagram star Gal Meets Glam has sold $35 million of fashion products.

The influencer marketing industry is projected to be worth up to $15 billion by 2022, and social-media stars are increasingly leveraging their presence online to create consumer products to sell directly to their followers. 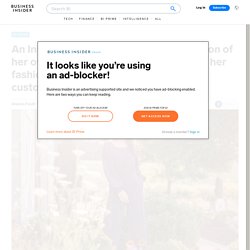 Take the fashion/lifestyle blogger and Instagram influencer, Julia Engel, for instance. Engel, who goes by Gal Meets Glam online, began playing around with the idea of creating a product back in 2013. She studied why people came to her page by looking at affiliate link data: what her followers were clicking on, shopping for, and at what price points, she said. The No. 1 item she would sell through affiliate links year-round was dresses, she said. Noncompete Agreement Form. If your business resides in a state that supports Noncompete Agreements, they can be a useful tool to help you protect your business. 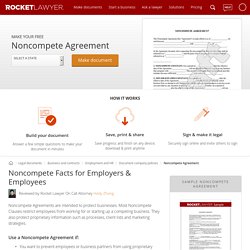 Often employers include one in the hiring paperwork. They can also be used to restrict business partners or clients from directly competing with your business or sharing proprietary information. Noncompete Agreements can be tailored to your specific business needs, but most cover three basic areas: DurationHow long the agreement lasts. Usually, the terms are six months to a few years. GeographyIf the business is local, you may define a specific area that is restricted. ScopeThis part of the agreement should be specific to stand up in court. America’s future of work. Mark Cuban: If I were to start a business today, here's what it'd be. Tech titan Mark Cuban listens to entrepreneurs’ countless business ideas thanks to his starring role as a judge on ABC’s “Shark Tank.” 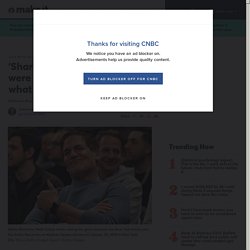 But Cuban recently revealed what areas of technology he’d focus on if he were to launch a business today. “If I were going to start a business today, I’d build it around Alexa and Google Home,” he told Recode’s Peter Kafka at the South by Southwest conference in Austin, Texas. Non-Disclosure Agreement (NDA) Form - Create a Free NDA Form. Common NDA questions How long does a Non-Disclosure Agreement last? 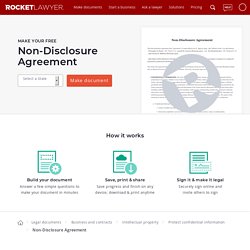 The duration of keeping information confidential is usually specified within the NDA. Generally, the time period is limited to as long as the confidential information is considered useful. Can I customize the Non-Disclosure Agreement template? The glue of the internet. This Entrepreneur Had a $43 Million Business Idea. Mike McKenna owes a great debt to Steve Jobs--but not for the reasons you'd think. 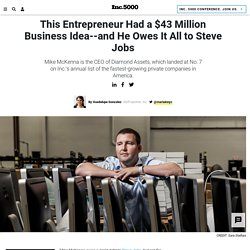 As the CEO of Diamond Assets, McKenna spends his days running a company that buys and refurbishes outdated Apple equipment, mostly from schools. His company, based in Milton, Wisconsin, then sells the equipment through various distributors in the U.S. McKenna also used to work at Apple. In early 2014, the then-26-year-old got a job with the tech giant as an account executive, working remotely in Wisconsin. His responsibilities included selling products to schools in the state looking to upgrade their equipment. There, he discovered that many of his customers had limited options to dispose of their old devices. Observations In Action. Online Degree Programs. LinkedIn Just Announced the 50 Top Companies for 2019 (Is Your Company on the List?) LinkedIn looks at billions of actions taken by its members around the world to uncover the companies that are attracting the most attention from jobseekers and then hanging onto that talent. 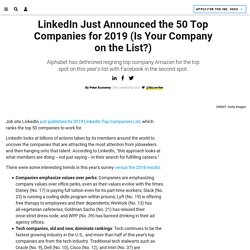 According to LinkedIn, "this approach looks at what members are doing -- not just saying -- in their search for fulfilling careers. " Companies emphasize values over perks: Companies are emphasizing company values over office perks, even as their values evolve with the times.