Santé ! Bon appétit ! 法現香港 French Shopping & Dining in Hong Kong. Le French GourMay - Hong Kong I Official Website. On Monday 7th March, the French GourMay has officially been launched to the media and professionals during a press conference and the 8th edition’s theme has been finally revealed announcing Alsace as the focus region this year. 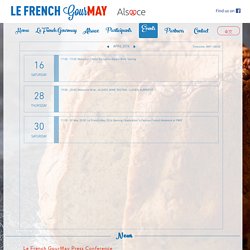 On this occasion, more than 200 foodies joined the event to know more about the 2016 edition presented by Mr. Eric Berti, Consul General of France in Hong Kong and Macau. The attendees also travelled (virtually!) To Alsace thanks to an interactive presentation of the Alsace Wine Region by Mr. Thierry Fritsch, Alsace wines representative, who came all the way to Hong Kong to share the wonders of his region. 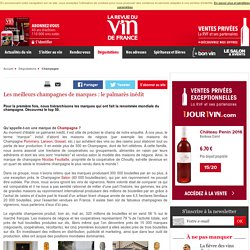 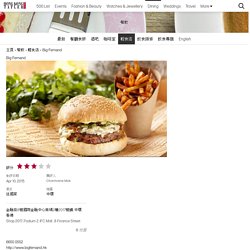 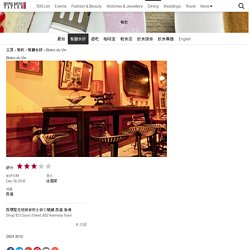 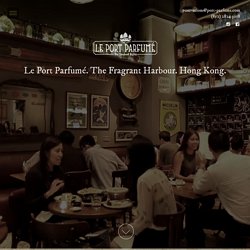 How seriously? We update our menu based on what fresh catches have been delivered to our kitchen. Daily. Twice. Did you think that the snapper (or another fish) on the menu last week was a winner? Indeed, that is the corestone of our culinary philosophy. W's Entrecôte - le steak house francais. Jules Bistro - A little bit of Paris in Happy Valley. Le Cleret Brasserie 嘉禧餐廳, Central District, Hong Kong - Top Local Places. Our goal is to help top local businesses get easily discovered. 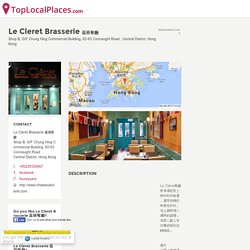 New customers can now instantly discover and get in touch with places like Le Cleret Brasserie 嘉禧餐廳 in Central District. Your online presence on Top Local Places looks great on all devices, especially mobile. Now you can focus more on your stuff ;) Your basic listing on Top Local Places in Central District is free of charge. We believe in giving first. Drop us email on hello@toplocalplaces.com to get exclusive promotion in Central District area. If you have other questions or would like to change your contact information, contact us: hello@toplocalplaces.com. Odelice. Hong Kong Tatler Dining. Setting French fine dining, found not in a five star hotel? 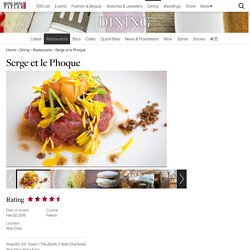 That’s just how Serge rolls, with its unexpected location right in the middle of one of Wan Chai’s busiest market neighbourhoods. The journey to get here, taken over concrete sidewalks slicked with fishmonger’s puddles and flanked by butchers, concludes in pared-back dining rooms where diners, by flicker of candlelight, can observe the market winding down to a sleepy close. And as much as guests look out over the streets, those floating by also cannot resist but to peer back – this curious, vast space inserted into the middle of the neighbourhood, so alien in comparison with its plywood furniture, designer light fixtures and modish, cyan leather banquettes.

The only downside is the lack of reasonable washroom facilities, as you must grab a key and head to the carpark lavatories around the corner. Hong Kong Tatler Dining. Setting Done in a suave black and purple colour scheme, Pierre is quite a sexy restaurant. 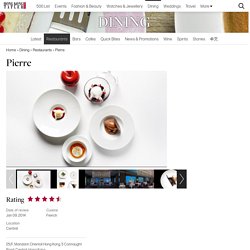 Located on the 25th floor of the Mandarin Oriental, it is far from staid. A central, rectangular chandelier which changes colour sets the chic mood, while small flower arrangements keep things lively, but understated. Part of the appeal of the setting, naturally, is what is outside. Floor-to-ceiling windows highlight the restaurant’s prized location, which is in the heart of Central, and the lights outside deliver a palpable energy to the dining room. Food Due to budgeting issues, we had to conduct our review at Pierre over lunch, not something that is usually the case here at Tatler. Wine The wine list at Pierre is long and exhaustive. Service The service at Pierre is friendly and not as formal as you would expect, and the managers are known to crack a joke or two. Menu - Menu. Pains. Maison Kayser - Accueil. Agnès b. Cafe L.P.G. Career Contact us Find us Become our fans of agnès b. 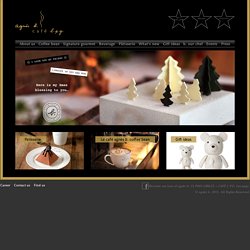