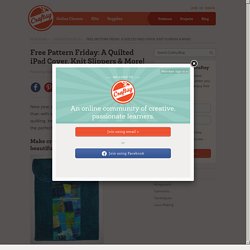 What better way to start off fresh than with some fabulous free patterns? With patterns in quilting, knitting, sewing and beyond, you’re sure to find the perfect project to jump start your January. Free quilting pattern Got an iPad for Christmas? Keep is safe from scratches and damage with this adorable quilted case. Get the FREE iPad Cover pattern here. Patterns in physics. The aim of physics is to understand the world we live in. 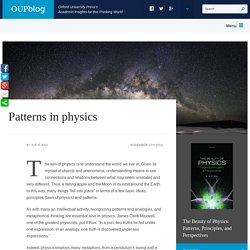 Given its myriad of objects and phenomena, understanding means to see connections and relations between what may seem unrelated and very different. Thus, a falling apple and the Moon in its orbit around the Earth. In this way, many things “fall into place” in terms of a few basic ideas, principles (laws of physics) and patterns. As with many an intellectual activity, recognizing patterns and analogies, and metaphorical thinking are essential also in physics.

James Clerk Maxwell, one of the greatest physicists, put it thus: “In a pun, two truths lie hid under one expression. Indeed, physics employs many metaphors, from a pendulum’s swing and a coin’s two-sidedness, examples already familiar in everyday language, to some new to itself. Rigor is essential because analogies can also mislead, be false or fruitless. Physicists use the word “representation” to describe these alternatives that are like languages in everyday parlance. Leather iPhone case tutorial. Can I tell you something? 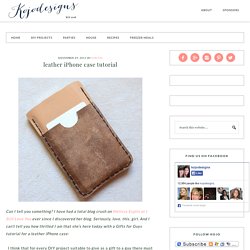 I have had a total blog crush on Melissa Esplin at I Still Love You ever since I discovered her blog. Seriously, love. this. girl. And I can’t tell you how thrilled I am that she’s here today with a Gifts for Guys tutorial for a leather iPhone case- I think that for every DIY project suitable to give as a gift to a guy there must be at least 80 million for girls. It’s sad, no? Nearly 4 years ago, Chris got his first iPhone. I’ve made and published a couple of cases (1.0 + 2.0), but both have been very much on the feminine side of things. This is a great gift (especially if you know that the giftee is getting a new phone or iPod touch!) This tutorial can easily be adapted to be used with industrial felt or vinyl.

Leather/feltscissorspatternthread + needleclear tapeawlhammer Print the attached pattern & cut out. Punch while patterns are taped using the hammer and an awl. Should look like this on the right side of the leather. No-Sew T-shirt Bag Tutorial. Hey Craftaholics Anonymous® readers! 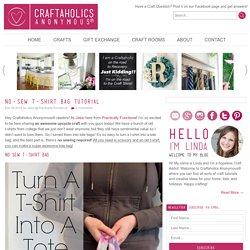 Its Jessi here from Practically Functional! I’m so excited to be here sharing an awesome upcycle craft with you guys today! We have a bunch of old t-shirts from college that we just don’t wear anymore, but they still have sentimental value so I didn’t want to toss them. No Sew Scarf Tutorial! Free PDF to PowerPoint converter. Cometdocs has a great website that allows you to Convert your PDF files to Word, Excel, PowerPoint and more. 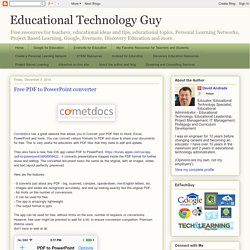 You can convert various formats to PDF and store & share your documents for free. This is very useful for educators with PDF files that they need to edit and update. They also have a new, free iOS app called PDF to PowerPoint. It converts presentations trapped inside the PDF format for further reuse and editing. The converted document looks the same as the original, with all images, slides and text layout perfectly preserved. Here are the features: - It converts just about any PDF - big, scanned, complex, upside-down, non-English letters, etc.- Images and slides are recognized accurately, and end up looking exactly like the original PDF.- No limits on the number of conversions.- It can be used for free- The app is amazingly lightweight.- The output format is pptx.

The app can be used for free, without limits on file size, number of requests or conversions. December Indie Pattern Update! Sorry that last month's update of news from the Independent Sewing Pattern community is coming to you a little later than usual. 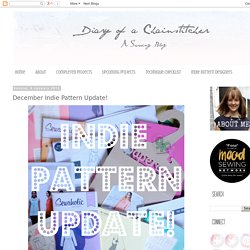 I allowed myself to become completely absorbed in the festive season this year and am only just getting back on track! I hope you all enjoyed some time off with your loved ones too and are looking forward to 2015! It's been a slightly quieter month as I'm sure designers have all taken some well earned time off but I'm sure more snippets of news have fallen through the cracks than usual so feel free to make additions to the list in the comments. I've only included news up to the new year, anything that has happened in the last couple of days will be included in January's update.