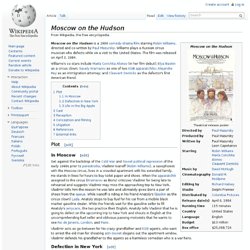 Williams plays a Russian circus musician who defects while on a visit to the United States. The film was released on April 3, 1984. Williams's co-stars include María Conchita Alonso (in her film debut); Elya Baskin as a circus clown; Savely Kramarov as one of two KGB apparatchiks ; Alejandro Rey as an immigration attorney; and Cleavant Derricks as the defector's first American friend. Plot [ edit ] Tenacious D in The Pick of Destiny. Tenacious D in The Pick of Destiny is a 2006 American comedy/rock musical set in the 1990s, starring Tenacious D , an American comedy rock duo that features Jack Black and Kyle Gass , who also produced and co-wrote the film. 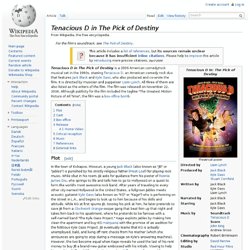 It is directed by musician and puppeteer Liam Lynch . All three of them are also listed as the writers of the film. The film was released on November 22, 2006. Although publicity for the film included the tagline "The Greatest Motion Picture of All Time", the film was a box-office bomb . Plot [ edit ] In the town of Kickapoo, Missouri, a young Jack Black (also known as "JB" or "Jables") is punished by his strictly religious father ( Meat Loaf ) for playing rock music. One Week (2008 film) One Week is a 2008 Canadian film directed by Michael McGowan and starring Joshua Jackson , Liane Balaban , and Campbell Scott . 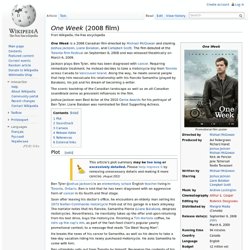 The film debuted at the Toronto Film Festival on September 8, 2008 and was released theatrically on March 6, 2009. Jackson plays Ben Tyler, who has been diagnosed with cancer . Requiring immediate treatment, he instead decides to take a motorcycle trip from Toronto across Canada to Vancouver Island . Along the way, he meets several people that help him reevaluate his relationship with his fiancée Samantha (played by Balaban), his job and his dream of becoming a writer. 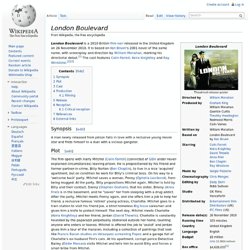 It is based on Ken Bruen 's 2001 novel of the same name, with screenplay and direction by William Monahan , marking his directorial debut. [ 2 ] The cast features Colin Farrell , Keira Knightley and Ray Winstone . [ 2 ] [ 3 ] Synopsis [ edit ] A man newly released from prison falls in love with a reclusive young movie star and finds himself in a duel with a vicious gangster. Plot [ edit ] The film opens with Harry Mitchel ( Colin Farrell ) (convicted of GBH under never-explained circumstances) leaving prison.

Mitchel talks to Billy about Detective Bailey, whom Billy can't stand. Mr. Nobody (film) Mr. Nobody is a 2009 science fiction drama film. It was written and directed by Jaco Van Dormael, produced by Philippe Godeau, and starring Jared Leto, Sarah Polley, Diane Kruger, Linh Dan Pham, Rhys Ifans, Natasha Little, Toby Regbo and Juno Temple. The film tells the life story of Nemo Nobody, a 118 year-old man who is the last mortal on Earth after the human race has achieved quasi-immortality. Nemo, memory fading, refers to his three main loves and to his parent's divorce and subsequent hardships endured at three main moments in his life; him at age nine, fifteen and thirty-four. Nemo tells the story including alternate life paths, often changing course with the flick of a decision at each of those ages.

Mr. It is explained that before birth, children remember everything that will happen in their lives, but at the moment of conception, the Angels of Oblivion make them forget everything. Crossroads (1986 film) Crossroads is a 1986 musical dramedy film starring Ralph Macchio , Joe Seneca and Jami Gertz , inspired by the legend of blues musician Robert Johnson . 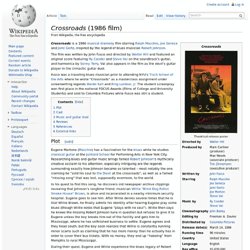 The film was written by John Fusco and directed by Walter Hill and featured an original score featuring Ry Cooder and Steve Vai on the soundtrack's guitar, and harmonica by Sonny Terry . Vai also appears in the film as the devil's guitar player in the climactic guitar duel. Fusco was a traveling blues musician prior to attending NYU's Tisch School of the Arts where he wrote "Crossroads" as a masterclass assignment under screenwriting legends Waldo Salt and Ring Lardner, Jr. The student screenplay won first place in the national FOCUS Awards (Films of College and University Students) and sold to Columbia Pictures while Fusco was still a student. Plot [ edit ] Eugene Martone ( Macchio ) has a fascination for the blues while he studies classical guitar at the Juilliard School for Performing Arts in New York City. 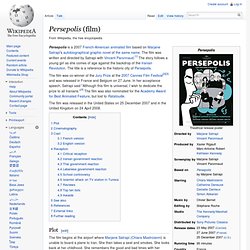 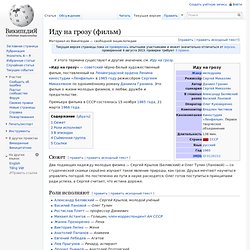