NUKEMAP by Alex Wellerstein. Kennedy Assassination. European think tank says Russian brinksmanship at Cold War levels. This photo shows a Russian Tu-95 Tupolev bomber (Reuters/File) A report from a European think tank has identified more than 40 dangerous incidents involving forces from Russia and those of NATO member states over the past eight months. 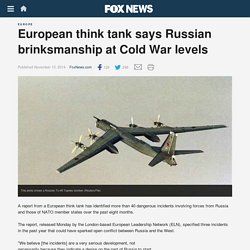 The report, released Monday by the London-based European Leadership Network (ELN), specified three incidents in the past year that could have sparked open conflict between Russia and the West. "We believe [the incidents] are a very serious development, not necessarily because they indicate a desire on the part of Russia to start a war but because they show a dangerous game of brinkmanship is being played, with the potential for unintended escalation in what is now the most serious security crisis in Europe since the cold war," the report's authors wrote. 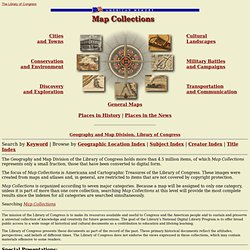 The focus of Map Collections is Americana and Cartographic Treasures of the Library of Congress. These images were created from maps and atlases and, in general, are restricted to items that are not covered by copyright protection. Map Collections is organized according to seven major categories. Searching Map Collections. Ancient Maps Cover Page. List of proxy wars. List of wars 1990–2002.

List of wars 2003–2010. Note: War is a state of opened and declared armed hostile conflict between states or nations.[1] For other conflicts, see rebellions, coups and separate battles. 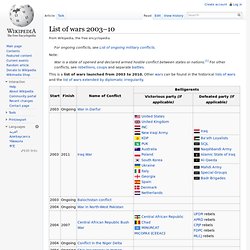 This is a list of wars launched from 2003 to 2010. Other wars can be found in the historical lists of wars and the list of wars extended by diplomatic irregularity. See also[edit] List of wars 2011–present.

Post-war_moral_new_world_order.jpg 3,972×2,832 pixels. Cold War. Photograph of the Berlin Wall taken from the West side. 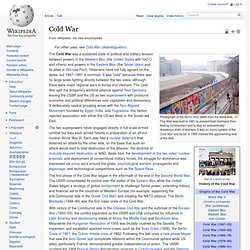 The Wall was built in 1961 to prevent East Germans from fleeing Communism and to stop an economically disastrous drain of workers. It was an iconic symbol of the Cold War and its fall in 1989 marked the approaching end of the War. The Cold War was a sustained state of political and military tension between powers in the Western Bloc (the United States with NATO and others) and powers in the Eastern Bloc (the Soviet Union and its allies in Warsaw Pact). 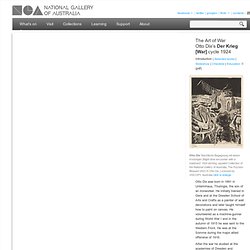 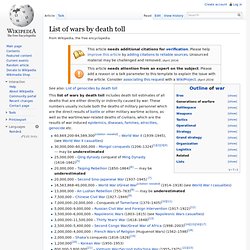 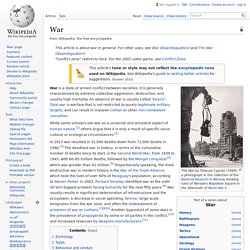 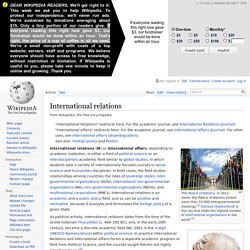 As political activity, international relations dates from the time of the Greek historian Thucydides (c. 460–395 BC), and, in the early 20th century, became a discrete academic field (No. 5901 in the 4-digit UNESCO Nomenclature) within political science. In practice International Relations and International Affairs forms a separate academic program or field from Political Science, and the courses taught therein are highly interdisciplinary.[3] For example, international relations draws from the fields of: technology and engineering, economics, history, and international law, philosophy, geography, social work, sociology, anthropology, criminology, psychology, gender studies, cultural studies, culturology, diplomacy.

World health issues. World-Mysteries.com. Who are indigenous people? UN facts sheet. Vidéos. American vs British. The Cold War. Modern warefare. Revolution in Military Affairs. The military concept of Revolution in Military Affairs (RMA) is a theory about the future of warfare, often connected to technological and organizational recommendations for change in the United States military and others. 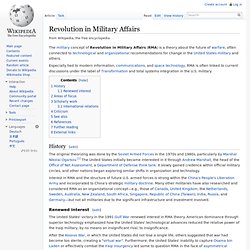 Especially tied to modern information, communications, and space technology, RMA is often linked to current discussions under the label of Transformation and total systems integration in the U.S. military. History[edit] Interest in RMA and the structure of future U.S. armed forces is strong within the China's People's Liberation Army and incorporated to China's strategic military doctrine.

Many other militaries have also researched and considered RMA as an organizational concept—e.g., those of Canada, United Kingdom, the Netherlands, Sweden, Australia, New Zealand, South Africa, Singapore, Republic of China (Taiwan), India, Russia, and Germany—but not all militaries due to the significant infrastructure and investment involved. Renewed interest[edit] Doctrine. Often doctrine specifically suggests a body of religious principles as it is promulgated by a church, but not necessarily: doctrine is also used to refer to a principle of law, in the common law traditions, established through a history of past decisions, such as the doctrine of self-defense, or the principle of fair use, or the more narrowly applicable first-sale doctrine. 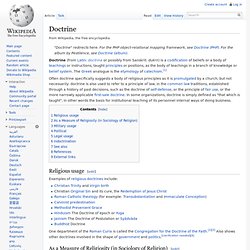 In some organizations, doctrine is simply defined as "that which is taught", in other words the basis for institutional teaching of its personnel internal ways of doing business. Religious usage[edit] Examples of religious doctrines include: Visual History of War, Religion, and Government. Regional conflicts. History.com — History Made Every Day — American & World History. Albert Einstein- How I See the World. 20121208-Catacombes-Plan.jpg (6850×6852) 20121208-Catacombes-Plan.jpg (6850×6852) Anarchy Archives. Internet History Sourcebooks Project. Internet History Sourcebooks Project Paul Halsall, Editor Last Modified: Dec 11 | linked pages may have been updated more recently The Internet History Sourcebooks Project is a collection of public domain and copy-permitted historical texts presented cleanly (without advertising or excessive layout) for educational use. 1.

Kime for information on 'renting' this article, see Rent-a-Article In the 1820’s, in order to address the prehistory of mankind more clearly, it was thought necessary to divide it into time periods, thus a ‘three-age’ system of the (1) Stone Age, (2) Bronze Age and (3) Iron Age was adopted. While this system is still more-or-less in common use today, refinements were inevitable and the Stone Age, so immensely long, was later subdivided into three major periods as follows: Paleolithic (c 2,000,000 – c 10,000 B.C.) Smarthistory: a multimedia web-book about art and art history. Smarthistory offers more than 1500 videos and essays on art from around the world and across time. We are working with more than 200 art historians and some of the world's most important museums to make the best art history resource anywhere. Use the "subject" pulldown menu (go to "Arts and Humanities") at the top of this window or click on the headings below to access our content: Art history basics First things first (you are here) The materials and techniques artists use Art 1010.

Historyteachers. Modern Architecture’s Dark Side by Martin Filler. There has long been a tendency to see the most important innovations of Modernism as arising directly from progressive causes. War, in this view, was considered a limiting if not wholly destructive force that stymied civilian architecture in favor of retrogressive military structures.