Using the Platinum Trading Academy’s proven success model, we can aid you in your Forex Trading journey.

Special Report on The UK Elections. June 2016 June 23, 2016: The U.K. holds a referendum on whether to leave the European Union. 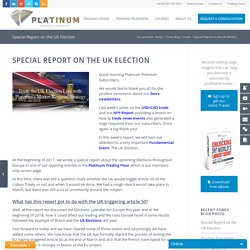 June 24, 2016: The referendum result is announced, with 52 percent of voters choosing to leave the EU. David Cameron resigns as prime minister and the pound plunges to a 3-decade low. BOE announces it is ready to support the financial system. July 2016 July 13, 2016: Theresa May becomes Prime Minister, predicting Britain will “forge a bold new positive role for ourselves in the world.”

August 2016 August 4, 2016: The Bank of England cuts its benchmark interest rate to a record low at 0.25 percent and expands its bond-buying program. October 2016 October 2, 2016: Prime Minister says she will trigger article 50 by the end of March. Trading Non-Farm Payroll with Finesse using Platinum Methodology. What happened Previously? 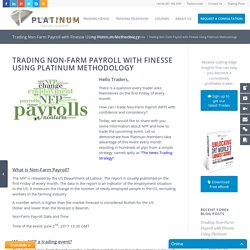 According to the report released in April for the month of March, the Non-Farm Employment Change fell sharply and unexpectedly registered a mere 98k against a forecast of 174K, edging way below the market expectancy. That figure was later corrected to 79K which just added pressure on the US Dollar. For the April report that was released in May, the number of jobs created edged higher at 211K while it was estimated at 194K. 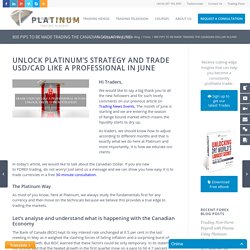 If you are new to FOREX trading, do not worry! Just send us a message and we can show you how easy it is to trade currencies in a free 30-minute consultation. The Platinum Way As most of you know, here at Platinum, we always study the fundamentals first for any currency and then move on the technicals because we believe this provides a true edge to trading the markets. Let’s analyse and understand what is happening with the Canadian Economy The Bank of Canada (BOC) kept its key interest rate unchanged at 0.5 per cent in the last meeting in May as it weighed the clashing forces of falling inflation and a surprising burst of economic growth.

BOC has chosen to play the waiting game once more and is still adjusting the Canadian Economy to lower Oil prices. Consumer spending and the housing sector continue to be robust on the back of an improving labour market, and these are becoming more broadly based across regions. Don’t Give Up On Your Trade Plan. Coming back from the vacation can bring the several issues that you need to address promptly to get in the groove once again. 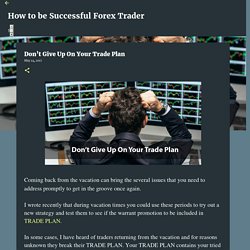 I wrote recently that during vacation times you could use these periods to try out a new strategy and test them to see if the warrant promotion to be included in TRADE PLAN. In some cases, I have heard of traders returning from the vacation and for reasons unknown they break their TRADE PLAN. Your TRADE PLAN contains your tried and examined strategies that work with their entry and exit guidelines. This year (2017) the Forex market has gone through lots of changes, different from the previous years, by this I mean the INTER-BANK markets suffering from vastly reduced profits and the markets, in general, have been very slow moving as a result. Are you forcing trades? As a trader, you must have felt like the market is easily out to get you. 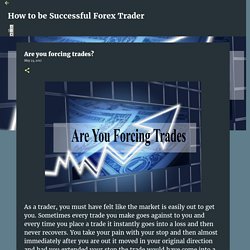 Sometimes every trade you make goes against to you and every time you place a trade it instantly goes into a loss and then never recovers. You take your pain with your stop and then almost immediately after you are out it moved in your original direction and had you extended your stop the trade would have come into a profit. Basically, at times, nothing goes your way. We have probably all been there in that position, I know that I have, what do I do? 1. 2.

If you revenge trade, you will more often than not be forcing trades. You have to remain calm, through the impediment. It's all about MANAGING YOUR EMOTIONS. Here is my approach, and it will come as no surprise. Check your TRADING PLAN, entry and exit levels, position sizes, styles of trades, times of trades, stop placements and your overall risk parameters. Ask yourself. A Mathematical Approach to Eliminating Emotions – How to Trade Forex for Beginners. Many traders spend hours looking for the magical combination of indicators that will reveal “The Holy Grail” of trading strategies. 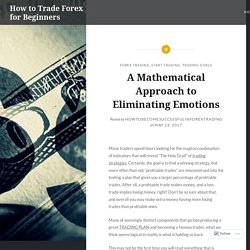 Certainly, the goal is to find a winning strategy, but more often than not “profitable trades” are misconstrued into the finding a plan that gives you a larger percentage of profitable trades. After all, a profitable trade makes money, and a loss trade implies losing money, right? Don’t be so sure about that, and overall you may make extra money having more losing trades than profitable ones. Many of seemingly distinct components that go into producing a great TRADING PLAN and becoming a famous trader, what we think seems logical in reality is what is holding us back. 8 Quick Reminders before Setting your 2017 Trading Goals – How to Trade Forex for Beginners. It is important every year to consider some basic disciplines for trading the Forex market. 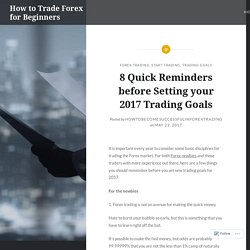 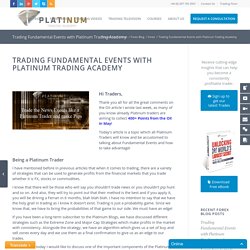 Mega Trade of the Month.