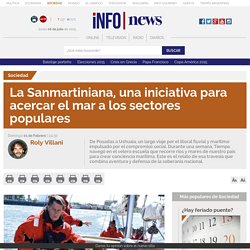 LA TRIPULACIÓN. APRENDER DEL AGUA. Melbourne. City in Victoria, Australia Melbourne is home to many of Australia's best-known landmarks, such as the Melbourne Cricket Ground, the National Gallery of Victoria and the World Heritage-listed Royal Exhibition Building. 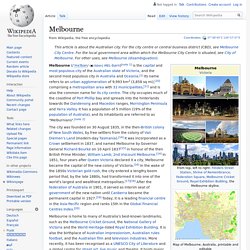 It is also the birthplace of Australian impressionism, Australian rules football, and the Australian film and television industries. More recently, it has been recognised as a UNESCO City of Literature and a global centre for street art, live music and theatre. It hosts major annual international events such as the Australian Grand Prix, the Australian Open and the Melbourne Cup, and also hosted the 1956 Summer Olympics and the 2006 Commonwealth Games. Due to it rating highly in entertainment, tourism and sport,[21] as well as education, health care, research and development, Melbourne consistently ranked as the world's most liveable city for much of the 2010s.[22] Fiction and Poetry Texts - Eileen Jones - Google Books. “If I never came back it wouldn't be a tragedy, because a tragedy would be someone who dies at 80 and spent 80 years not being satisfied. 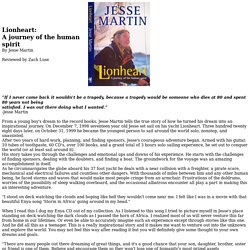 I was out there doing what I wanted.” -Jesse Martin From a young boy's dream to the record books. Jesse Martin tells the true story of how he turned his dream into an inspirational journey. On December 7, 1998 seventeen year old Jesse set sail on his yacht Lionheart. “I stood on deck watching the clouds and hoping like hell they wouldn't come near me. When I read this I dug my Enya CD out of my collection. “There are many people out there dreaming of great things, and it's a good chance that your son, daughter, brother, sister or friend is one of them. 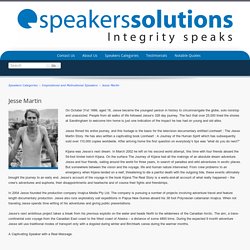 People from all walks of life followed Jesse’s 328 day journey. The fact that over 25,000 lined the shores at Sandringham to welcome him home is just one indication of the impact he has had on young and old alike. Jesse filmed his entire journey, and this footage is the basis for the television documentary entitled Lionheart : The Jesse Martin Story. He has also written a captivating book Lionheart : A Journey of the Human Spirit which has subsequently sold over 110,000 copies worldwide.

After arriving home the first question on everybody’s lips was “what do you do next?” An Australian teenager has become the youngest solo yachtsman to sail non-stop around the globe. 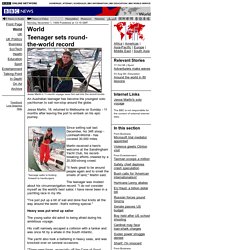 Jesse Martin. Jesse Martin, OAM (born 26 August 1981) is an Australian sailor who in 1999 became the youngest person to circumnavigate the globe solo, non-stop, and unassisted,[2] taking the record from David Dicks, who was 24 days younger when he completed his circumnavigation, but had obtained assistance. 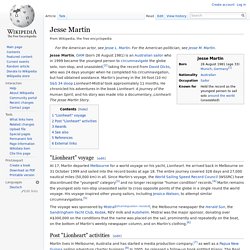 Martin's journey in the 34-foot (10 m) S&S 34 sloop Lionheart-Mistral took approximately 11 months. He chronicled his adventures in the book Lionheart: A Journey of the Human Spirit, and his story was made into a documentary, Lionheart: The Jesse Martin Story. "Lionheart" voyage[edit] At 17, Martin departed Melbourne for a world voyage on his yacht, Lionheart. He arrived back in Melbourne on 31 October 1999 and sailed into the record books at age 18.

It's a simple humanistic tale of a poor couple who live in a pipe. 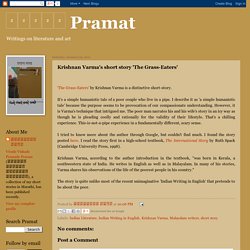 I describe it as 'a simple humanistic tale' because the purpose seems to be provocation of our compassionate understanding. However, it is Varma's technique that intrigued me. The poor man narrates his and his wife's story in an icy way as though he is pleading coolly and rationally for the validity of their lifestyle. That's a chilling experience. This-is-not-a-pipe experience in a fundamentally different, scary sense. I tried to know more about the author through Google, but couldn't find much. Krishnan Varma, according to the author introduction in the textbook, "was born in Kerala, a southwestern state of India. The story is quite unlike most of the recent unimaginative 'Indian Writing in English' that pretends to be about the poor. Conflict Theory Displayed in "The Grass Eaters" by Krishnan by Kayla Bridges on Prezi.