The Order of the Phoenix Chapter 1: Birthday Deliveries, a harry potter fanfic. Title: The Order of the PhoenixAuthor name: Ruskbyte Disclaimer: This story is based on characters and situations created and owned by JK Rowling, various publishers including but not limited to Bloomsbury Books, Scholastic Books and Raincoast Books, and Warner Bros., Inc. 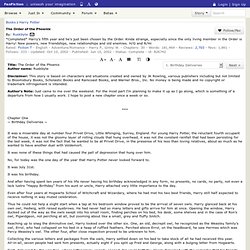 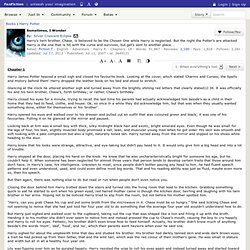 Looking at the cover, which stated 'Charms and Curses; the Spells and History behind them' Harry dropped the leather book on his bed and stood to stretch. Glancing at the clock he uttered another sigh and turned away from the brightly shining red letters that clearly stated12:34. It was officially his and his twin brother, Chase's, forth birthday; or rather, Chase's birthday. Harry closed his eyes for a minute, trying to recall the last time his parents had actually acknowledged him beside's as a child in their home that they had to feed, clothe, and house.

Harry opened his eyes and walked over to his dresser and pulled out an outfit that was coloured green and black; it was one of his favourites. Looking back at him was a small boy with thick, silky midnight black hair and exotic, bright emerald eyes. Harry knew that his looks were strange, attractive, and eye-taking but didn't pay heed to it.

"Mother. Shards of Time: The Master of Death Chapter 1: Prologue: The Curse, a Harry Potter fanfic. Summary: Harry Potter is just an eccentric school boy with some unusual talents. 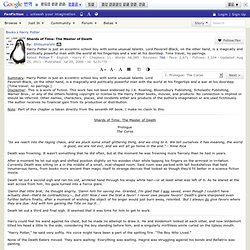 Lord Peverell-Black, on the other hand, is a magically and politically powerful man with the world at his fingertips and a war at his doorstep. [Time travel, no pairings.]Disclaimer: This is a work of fiction. This work has not been endorsed by J.K. Rowling, Bloomsbury Publishing, Scholastic Publishing, Warner Bros., or any of the others holding copyright or license to the Harry Potter books, movies, and products. No connection is implied or should be inferred. Note: Part of this chapter is taken directly from the seventh HP book. Shards of Time: The Master of Death PrologueThe Curse "So we reach into the raging chaos, and we pluck some small glittering thing, and we cling to it.

Death was frowning. After a moment he let out sigh and shifted position slightly on his wooden chair while tapping his fingers on the armrest in irritation. 'Damn that little brat,' he thought angrily. He sat up. "Up! Savior's Calling Chapter 14, a Harry Potter fanfic. I'm back everyone! 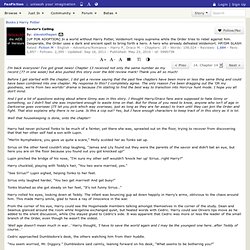 I've got great news! Chapter 13 received not only the same number as my record (77 in one week) but also pushed this story over the 600 review mark! Runaway Wizard Chapter 53, a Harry Potter fanfic. Title: Runaway Wizard Chapter: 53 Rating: Mature Disclaimer: Except for the few original characters, all characters in this story are the property of J. 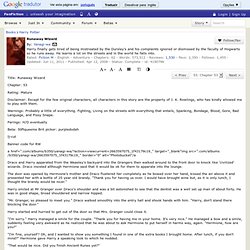 K. Rowlings, who has kindly allowed me to play with them. Warnings: Probably a little of everything. Parings: H/D eventually Beta: 50ftqueenie Brit picker: purpledodah lj-cut Banner code for RW a href=".com/albums/b350/yanagi-wa/? Draco and Harry apparated from the Weasley's backyard into the Grangers then walked around to the front door to knock like 'civilized' wizards.

The door was opened by Hermione's mother and Draco flustered her completely as he bowed over her hand, kissed the air above it and presented her with a bottle of 25 year old brandy. Harry smiled at Mr Granger over Draco's shoulder and was a bit astonished to see that the dentist was a well set up man of about forty. "Mr. Harry started and hurried to get out of the door so that Mrs. "I'm sorry. 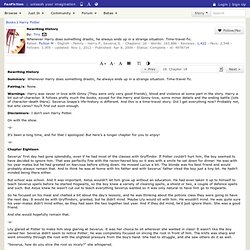 Time-travel fic. Pairing/s: None. Warnings: Harry was never in love with Ginny (They were only very good friends), blood and violence at some part in the story. Remember Me, a Harry Potter fanfic. Remember Me Chapter 1 Don't Forget Me While I am Gone There were many times when I thought of taking my life. 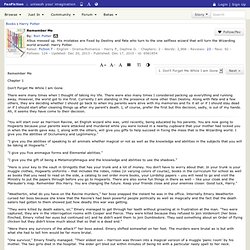 There were also many times I considered packing up everything and running away. However, the world got to me first. "You will start over as Harrison Ravine, an English wizard who was, until recently, being educated by his parents. "I give you the abilities of speaking to all animals whether magical or not as well as the knowledge and abilities in the subjects that you will be taking at Hogwarts. 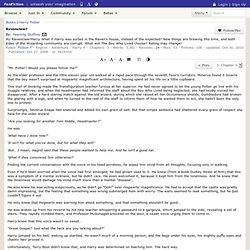 Potter? Would you please follow me? " As the elder professor and the little eleven year old walked at a rapid pace through the seventh floor's corridors. Minerva found it bizarre that the boy wasn't surprised at Hogwarts' magnificent architecture, having spent all his life on a little cupboard. This trail of thinking made the Transfiguration teacher furious at her superior. Surprisingly, Severus Snape had sneered and added his own grain of salt. Prisoner of Hogwarts, a Harry Potter fanfic. The explosion had rocked the entire street, buckling up the pavement and sending large chunks of debris high into the air. 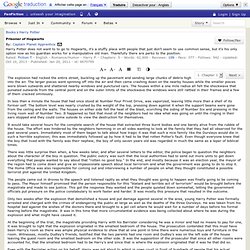 The larger pieces went spinning off into the air and then came crashing down on the nearby houses while the smaller pieces were blown outwards and shattered nearby windows and punctured cars. The houses within a one mile radius all felt the shockwave that pulsated outwards from the central point and on the outer limits of the shockwave the windows were still rattled in their frames and a few of them cracked ominously.

In less than a minute the house that had once stood at Number Four Privet Drive, was vaporized, leaving little more than a shell of its former self. Pretty Boy Chapter 1, a Harry Potter fanfic. Pretty Boy Chapter 1 Surprises Harry walked out of his small flat, closing the door behind him, fighting with the key hole just to get his door locked. 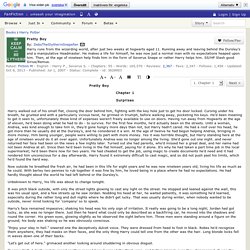 Potter's Wheel, a Harry Potter fanfic. Piercing the Veil Chapter 6: Organizational Chaos, a Harry Potter fanfic. Edited 9/22/2012.Beta'd by Jueru2003 8/17/2011. Last chapter Remus fought Fenrir Greyback to protect Kiran from the werewolf's lecherous intentions and ended up as the Alpha of a werewolf Pack as a result. ==o0o== Of Learning and Survival Chapter 1, a Harry Potter fanfic. Disclaimer: Harry Potter is not mine and will continue to remain so well after the conclusion of this story. This chapter and subsequent chapters are not intended to infringe on any applicable copyright.

Warnings: Post 2nd year, relatively unoriginal plot, some violence, slash, minor character bashing, graphically bloody scenes, explicit sex scenes, swear words, sexual innuendos, etc. But generally rated for safety. A/N: The writing style may be a little odd for the first chapter or three, but this is mostly because I am setting up the story and trying not to bog any of you down with too much unnecessary literary rambles. But if something is unclear, let me know and I will rectify it to the best of my abilities.