YA Interrobang - Your source for all things YA lit. 2015 LIS7190 Social Justice and Children’s/YA Literature list. Kate Gordon. FYI, you should probably know this post was written oodles of ages ago – technology gremlins invaded our house and ate everything. 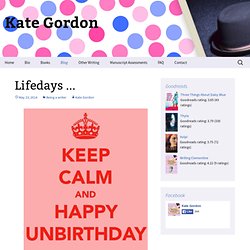 But we’re up and running again, so hurrah and here (finally) ’tis! I wrote most of a blog post just now, on sadness. I’ve been reading, you see, about brave, wild souls who are lost to us, because their lives were every bit as damned as they were magical. Racialicious - the intersection of race and pop culture. Dancing with Dragons is Hard on Your Shoes.: Want more Asian fantasy? Did you like City of a Thousand Dolls? 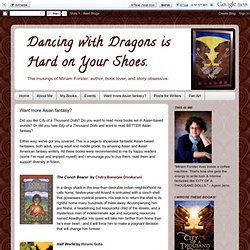 Do you want to read more books set in Asian-based worlds? Or did you hate City of a Thousand Dolls and want to read BETTER Asian fantasy? Either way, we've got you covered. This is a page to showcase fantastic Asian-based fantasies, both adult, young adult and middle grade, by amazing Asian and Asian American fantasy writers. Puttin' a little diversity in ya since 2011. Indigenous. Recently in a bookshop in Sydney, a colleague of mine was launching her new novel. 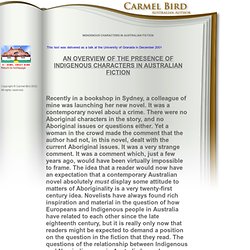 It was a contemporary novel about a crime. There were no Aboriginal characters in the story, and no Aboriginal issues or questions either. Yet a woman in the crowd made the comment that the author had not, in this novel, dealt with the current Aboriginal issues. It was a very strange comment. It was a comment which, just a few years ago, would have been virtually impossible to frame. General Introduction to Narratology. The Apartheid of Children’s Literature. Photo Of 3,200 children’s books published in 2013, just 93 were about black people, according to a study by the Cooperative Children’s Book Center at the University of Wisconsin. 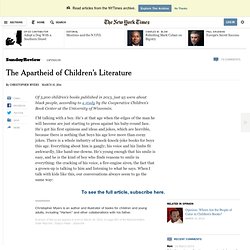 I’M talking with a boy. He’s at that age when the edges of the man he will become are just starting to press against his baby-round face. He’s got his first opinions and ideas and jokes, which are horrible, because there is nothing that boys his age love more than corny jokes. Review: Digger J Jones by Richard J Frankland. I’ve enjoyed Richard J Frankland’s work as a playwright for many years – I was delighted to see his first book on the stand. 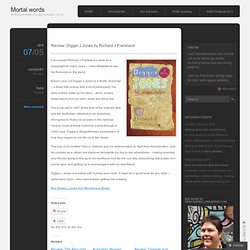 Eleven year old Digger J Jones is a terrific character – a feisty little scamp with a lot of personality. His diary entries make up the story – short, snappy observations from an alert, smart and funny kid. The book, set in 1967 at the time of the Vietnam War and the Australian referendum for Australian Aborigines to finally be counted in the national census, looks at these historical events through a child’s eye. Digger’s straightforward assessment of how they impact on his life cut to the chase. The loss of his brother Paul in Vietnam and his determination to ‘fight that discrimination’ and be counted as a citizen are explored alongside his day to day adventures – making enemies and friends, trying to live up to his newfound love for the nun Ally, discovering that poetry isn’t just for girls, and getting up to shenanigans with his best friend.

Mortal words. When I first heard that King Kong was being turned into a stage production, I was intrigued but not hopeful. 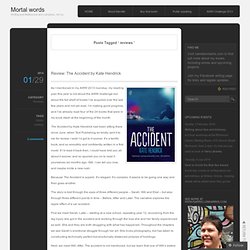 It seemed much too big a task to fold that story down into the confines of even a large theatre, and I strongly suspected the efforts to reproduce a believable version of Willis O’Brien’s iconic ape would fall short. I was even more surprised to discover that the production would be a musical. Surely, I thought, there will be enough trouble translating that superbly weird film, and how, especially to the modern eye, it has such distinctive racist subtext. (The depiction of the inhabitants of Skull Island in both the 1976 and 2005 remakes never quite escaped that uncomfortable depiction.)

So, I felt that King Kong was started with numerous challenges. The very good news is that the stage production meets most of these issues head on and succeeds spectacularly well. The sound and lighting effects are excellent, especially where we first meet Kong. Austral Ed Children's Books - Books about Australian Indigenous Peoples. March 2014 Update Over the years a large number of books have been published about the Indigenous peoples of Australia. 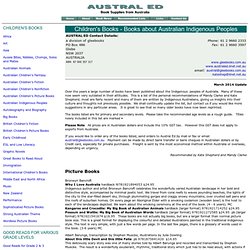 Many of these now seem very outdated in their attitudes. This is a list of the personal recommendations of Mandy Clarke and Kate Shepherd; most are fairly recent and many of them are written by Indigenous Australians, giving us insights into their culture and thoughts not previously possible. We shall continually update the list, but contact us if you would like more suggestions in any particular areas. Australia the film revisited. It has been more than four years since the November 2008 release of Baz Luhrmann’s film Australia. 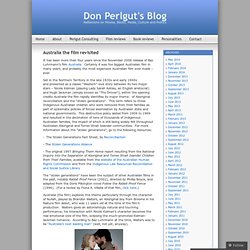 Certainly it was the biggest Australian film in many years, and probably the most expensive Australian film ever made – ever. Set in the Northern Territory in the late 1930s and early 1940s and presented as a classic “Western” love story between its two major stars – Nicole Kidman (playing Lady Sarah Ashley, an English aristocrat) and Hugh Jackman (simply known as “The Drover”), within the opening credits Australia the film rapidly identifies its major theme: of Aboriginal reconciliation and the “stolen generations”. Mutatis Mutandis. Australian psychologist and writer, Peter Geyer is another of many who have been moved to write a detailed critique of Morgan’s book. 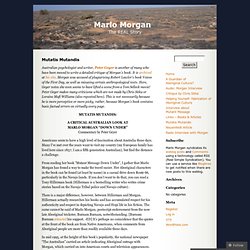 It is archived at his site. Morgan was accused of plagiarising Robert Lawlor’s book Voices of the First Day, as well as misusing certain anthropological texts. Here, Geyer notes she even seems to have lifted a scene from a Tom Selleck movie! Peter Geyer makes many criticisms which are not made by Chris Sitka or Loraine Mafi Williams (also reposted here). This is not necessarily because he is more perceptive or more picky, rather, because Morgan’s book contains basic factual errors on virtually every page. 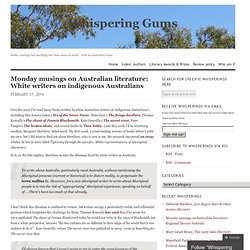 Later this week I’ll be reviewing another, Margaret Merrilees’ debut novel The first week. I avoid reading reviews of books before I write my own, but I did want to find out about Merrilees, who is new to me. My research uncovered an essay written by her in 2007 titled Tiptoeing through the spinifex: White representations of Aboriginal characters. Kill Your Darlings. ALPHA reader. You are not alone: Why we need more Indigenous writers and characters in Australian YA. This year I read two wonderful Australian young adult (YA) books, written by Indigenous authors and featuring Aboriginal protagonists.

Grace Beside Me (Magabala Books, 2012) by Sue McPherson is set in 2008, the year of Kevin Rudd’s ‘Sorry’; it’s a coming-of-age story about Fuzzy Mac, her Nan and Pop and their small town of Laurie. The second was a twisting Eco-Dystopian with Dreamtime themes; The Interrogation of Ashala Wolf (Walker Books, 2012) by Ambelin Kwaymullina is the first in a new series called The Tribe. Rabbit-Proof Fence (Australia 2002) « The Case for Global Film. Figures in a landscape – or how to represent the scale of the children's task in Rabbit-Proof Fence These notes were produced for use with students aged 14-19 in 2004. This is a long entry (over 6,000 words) and offers ideas about the film covering Key Concepts in Film and Media Studies.

A reminder that the greatest joys in life are often the simplest. Magpies Magazine Pty Ltd. Indigenous Literature Week 1-8 July 2012. Warning: This post contains references to Aboriginal people who are now deceased. The books referred to in this post may also contain references and images of deceased Aboriginal people. … and for those who are don’t know why this warning is necessary an explanation is given in this transcript of ABC TV’s Media Watch program. Indigenous Literature Week – what a great initiative! Lisa Hill, who writes the highly regarded ANZ LitLovers LitBlog is encouraging people to read a book by an indigenous author in recognition of NAIDOC week, 1-8 July and to review it either on Good Reads or a blog. Rantings of an Aboriginal Feminist. Aboriginal Perspectives Resources « LisaHillSchoolStuff's Weblog. Publishing. It may be challenging to find a publisher willing to support your efforts as Indigenous publications are rarely commercially viable.

Publishing on demand is a great way to begin creating quality resources for your language. The Black Steam Train. Anita Heiss. I was recently part of the Yalari Summer Camp held at the University of Qld at St Lucia. Over the weekend I was one of a number of programmed presenters including film director Khoa Do, LoisPeeler (one of the original Sapphires), Karni Liddell(Paralympic swimmer), barrister-in-law Josh Creamerand the very deadly musical duo BusbyMarou.

I only had 90 minutes to work with the 30 students (pictured below) who were there to be inspired and supported in their own leadership journeys. Within my session we brainstormed ideas, concepts and notions of what it means to be an Indigenous Australian today, and what it means to be proud. The students broke off into groups to pen some raps in under 10 minutes. Melissa Lucashenko - Home. The Australian Curriculum v6.0 Advice on selection of literary texts. The Literature strand The Literature strand in the Australian Curriculum: English Foundation to Year 10 aims to engage students in the study of literary texts of personal, cultural, social and aesthetic value. These texts include some that are recognised as having enduring social and artistic value and some that attract contemporary attention. Welcome to ASP.

Association for Library Service to Children. Puttin' a little diversity in ya since 2011. Heather Tomlinson - Blog - Continuing the "diversity" conversation. Children's Books by and About People of Color. 50 Latino Childrens Books You Should Know. Culturally Diverse Books Selected by SLJ’s Review Editors. Aussie Reviews » Reviews of great Australian books. Book Blog By Australian Women. Australian Children's Laureate. The Book Chook. Reading Upside Down » The Life and Bookshelf of an Avid Reader and Compulsive Over Thinker.