Untitled. Who's Making The Most Of The Parks In Your Neighborhood? Teenage boys and men are more likely to use urban parks, a study finds, probably because the facilities cater to their interests. 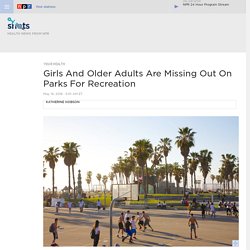 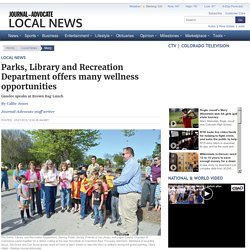 Wade Gande, director of the city's Parks, Library and Recreation Department, gave a presentation on "Sterling Summer Health and Wellness Opportunities" Thursday at Sterling Public Library's Brown Bag Lunch. The PLR administration office offers several activities including weekly walks every Wednesday at 12:05 and 5:15 p.m. at various parks; next week's is at Pioneer Park. The lunch time walks are about 35 to 40 minutes and evening walks are about an hour.

Walking Wednesdays rotates through four different parks and the Overland Trail fish pond has now been added to that list. Girl Scout Destiny Boden reads a page from "Giraffes Can't Dance" to those walking the Columbine Park path at the StoryWalk grand opening Thursday. Value of public land lost of many politicians. In our current American election cycle, lots of verbiage has been wasted on unrealistic and/or trivial stuff. 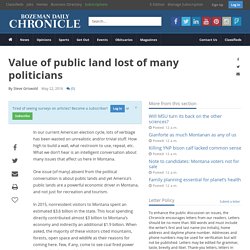 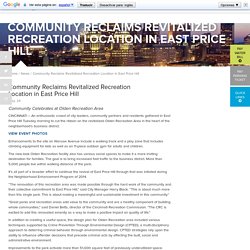 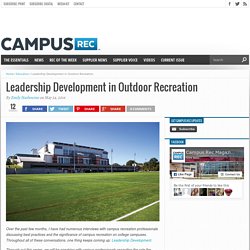 Throughout all of these conversations, one thing keeps coming up: Leadership Development. Through out this series, we will be speaking with various professionals regarding the role the campus recreation in leadership development, as well as students, who developed enhanced leadership skills as a result of their experiences within campus rec. To start, I spoke with David Knobbe, the assistant director for outdoor recreation at Georgia Tech. “The Outdoor Recreation program at Georgia Tech is recognized as one of the premier leadership development experiences on the university campus,” said Knobbe. “This isn’t necessarily so for our trip participants, but for those students who lead adventures. The Government of Canada Supports Five Upgrade Projects for Sports and Recreation Infrastructures in the Gaspesie-Iles-de-la-Madeleine Region.

The financial assistance is awarded under the Canada 150 Community Infrastructure Program GASPÉ, QUEBEC--(Marketwired - May 24, 2016) - Canada Economic Development for Quebec Regions (CED) The Honourable Diane Lebouthillier, Minister of National Revenue, announced, on behalf of the Honourable Navdeep Bains, Minister of Innovation, Science and Economic Development and Minister responsible for CED, the awarding of five non-repayable contributions totalling $185,217 to five organizations in the Gaspésie-Îles-de-la-Madeleine region that are looking to increase the vitality and buoyancy of their community. 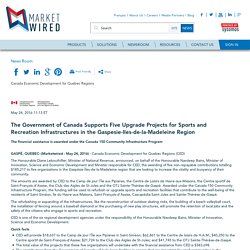 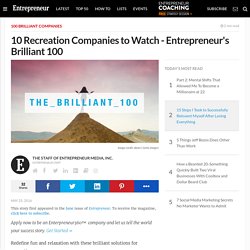 To receive the magazine, click here to subscribe. Apply now to be an Enterpreneur360™ company and let us tell the world your success story. Get Started » Redefine fun and relaxation with these brilliant solutions for recreation. 1. Wichita updates parks and recreation plan. The City of Wichita considers revamping Buffalo Park into a splash park. 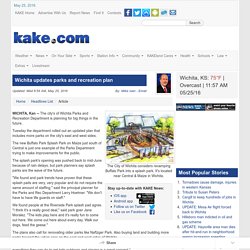 It's located near Central & Maize in Wichita. WICHITA, Kan -- The city's of Wichita Parks and Recreation Department is planning for big things in the future. Tuesday the department rolled out an updated plan that includes more parks on the city's east and west sides. The new Buffalo Park Splash Park on Maize just south of Central is just one example of the Parks Department trying to make improvements for the public.

The splash park's opening was pushed back to mid-June because of rain delays, but park planners say splash parks are the wave of the future. Destination Recreation: Hike It Baby. SOUTH BURLINGTON, Vt. 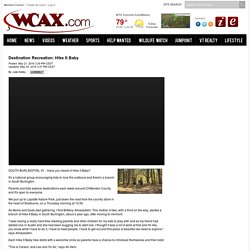