Best Biogas Upgrading Plants Manufacturer. Biogas upgradation has been picking up all over the world based on the advancements in upgradation technology and the requirement for cleaner fuel. 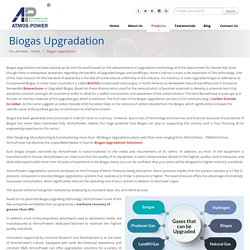 Even though there is widespread awareness regarding the benefits of upgraded biogas and landfill gas, there is still not a mass scale dispersion of this technology. One of the main reasons for this low level of awareness is the lack of nomenclature uniformity in this industry. For instance, in India upgraded biogas is referred to as Compressed Biogas, in other Asian countries it is called Bio-CNG (compressed natural gas), in North America as Renewable Natural Gas (RNG) and in Europe as Renewable Biomethane or Upgraded Biogas. Based on these diverse terms used for the same product, it becomes essential to develop a universal term that would be common amongst all countries in order to allow for a swifter transmission and awareness of this noble solution.

Biogas has been generated and consumed in India for close to a century. Reasons India Must Have a Sustainable Blend of Energy. India is home to a vast populace of more than 1.3 billion people and while it emerges as a world leader, it still has quite a few challenges to address including energy deficit and climate change. 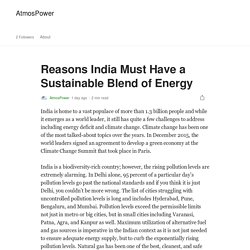 Climate change has been one of the most talked-about topics over the years. In December 2015, the world leaders signed an agreement to develop a green economy at the Climate Change Summit that took place in Paris. India is a biodiversity-rich country; however, the rising pollution levels are extremely alarming. In Delhi alone, 95 percent of a particular day’s pollution levels go past the national standards and if you think it is just Delhi, you couldn’t be more wrong.

How The Indian Biogas Ecosystem Is Shaping? Biogas plants are not new to India as they date back to the eighteenth century. 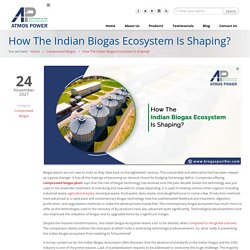 This sustainable and alternative fuel has been viewed as a game-changer. It has all the makings of becoming an obvious choice for bridging the energy deficit. Companies offering compressed biogas plant says that the role of biogas technology has evolved over the past decade. Earlier the technology was just used in the anaerobic treatment of cow dung and now with its scope expanding, it is used in treating various other organics including industrial waste, agricultural waste, municipal waste, food waste, dairy waste, and slaughterhouse to name a few. Production methods have advanced at a rapid pace and contemporary biogas technology now has sophisticated feedstock pre-treatment, digestion, purification, and upgradation methods to make the whole process hassle-free.

Which is the best biogas company in India? AtmosPower - The Company AtmosPower is India’s leading renewable gas plant manufacturing company. 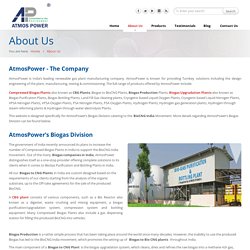 AtmosPower is known for providing Turnkey solutions including the design engineering of the plant, manufacturing, testing & commissioning. The full range of products offered by AtmosPower include: Compressed Biogas Plants also known as CBG Plants, Biogas to BioCNG Plants, Biogas Production. Biogas Dehydration Systems. Best Biogas Storage Manufacturer in India. Considering its large number of installations, AtmosPower is well equipped to assist any aspiring company or entrepreneur with all the requirements for successfully setting up a Compressed Biogas Plant in India. 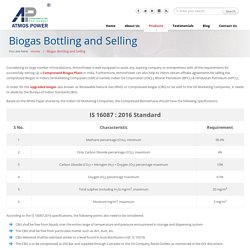 Articles by Vivaan Pathak Manager Biogas is a sustainable and great alternative to other energy resources. 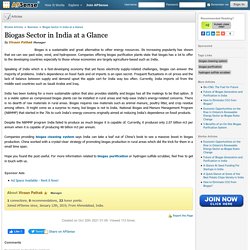 Its increasing popularity has shown that we can see past solar, wind, and hydropower. Companies offering biogas purification plants state that biogas has a lot to offer to the developing countries especially to those whose economies are largely agriculture-based such as India. Speaking of India which is a fast-developing economy that yet faces electricity supply-related challenges, biogas can answer the majority of problems.

Major Challenges of Biogas in the Agriculture Sector. India has promoted biogas quite aggressively in the past few years and the immense potential of biogas is believed to have a positive impact on the agriculture sector. 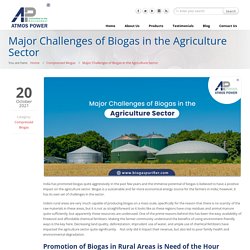 Biogas is a sustainable and far more economical energy source for the farmers in India; however, it has its own set of challenges in the sector. India’s rural areas are very much capable of producing biogas on a mass scale, specifically for the reason that there is no scarcity of the raw materials in these areas, but it is not as straightforward as it looks like as these regions have crop residues and animal manure quite sufficiently, but apparently these resources are underused.

One of the prime reasons behind this has been the easy availability of firewood and affordable chemical fertilizers. Biogas Purification System. Best Manufacturer of Biogas To Bio CNG Plant In India. Top reasons for choosing biogas. Biogas production is increasing at a rapid pace and more and more people have started to use biogas. 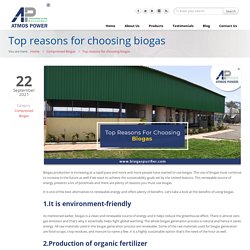 The use of biogas must continue to increase in the future as well if we want to achieve the sustainability goals set by the United Nations. This renewable source of energy presents a lot of potentials and there are plenty of reasons you must use biogas. It is one of the best alternatives to renewable energy and offers plenty of benefits. Let’s take a look at the benefits of using biogas. 1.It is environment-friendly. Biogas Bottling and Selling. Biogas Bottling and Selling. Conclave on Biogas Highlighted the Potential of CBG. Compressed biogas is considered the fuel of the future and a conclave organized by Indian Oil Corporation Limited later last year underlined the potential of biogas in India. 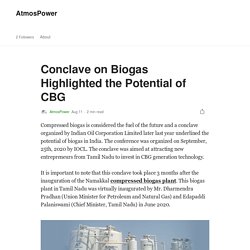 The conference was organized on September, 25th, 2020 by IOCL. The conclave was aimed at attracting new entrepreneurs from Tamil Nadu to invest in CBG generation technology. Top Manufacturer of Biogas Purification in India. GEDA Floated Empanelment Tender for Biogas Projects in 2020. GEDA- The Gujarat Energy Development Agency rolled out a tender to promote biogas projects in the state later last year. 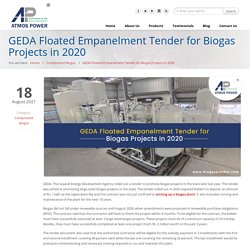 The tender was aimed at promoting large-sized biogas projects in the state. The tender rolled out in 2020 required bidders to deposit an amount of Rs. 1 lakh as the registration fee and the contract was not just confined to setting up a biogas plant. Commercial applications of Biogas upgradation. Atmos Power Sets an Example by Manufacturing Oxygen Plants. Atmos Power Private Limited, India’s leading biogas production company based in Ahmedabad, Gujarat set an example by changing its business model to manufacture only PSA Medical oxygen plants during the 2nd wave of the COVID 19 pandemic in India.

Navroz Tarapore- Atmos Power’s founder chairman said that Atmos Power realized its social responsibility during the horrific second wave of the Corona pandemic that took countless lives. The lack of oxygen created havoc across the country post the outbreak of the second wave in March 2021. Atmos Power didn’t take too long to change their product profile to manufacture and install oxygen plants which were a dire need during the period. Easier said than done!

All You Need to Know About Compressed Biogas Plants. A CBG plant is where compressed biogas is produced using fermenting biomass. This methane-containing gas is produced using substrates such as energy crops or waste materials. The fermentation residue left over from the substrates doesn’t get wasted either as it can be used as fertilizer. Biogas production takes place under anaerobic conditions in an oxygen-free environment. Biogas Desulfurization. Hyderabad Vegetable and Fruit Market Converts Tonnes of Waste into Biogas. By Vivaan Pathak Manager A local vegetable and fruit market- Bowenpally is setting an example by utilizing almost 10 tonnes of daily waste to produce biogas and electricity. The market is converting 10 tonnes of waste daily for over 6 months for electricity and biogas production. Lokini Srinivas- Selection Grade Secretary of Bowenpally market says that about 500 units of electricity have been generated using about 10 tonnes of daily waste which powers about 120 street lights, 170 shops and a cold storage as well.

Besides, the waste also results in about 30 kgs of biogas production which is used in a market canteen. India Lagging on Biogas Production. India launched SATAT (Sustainable Alternative towards Affordable Transportation) scheme in October 2018 with an aim to achieve 15 million metric tonnes of biogas production by setting up 5000 compressed biogas plants by 2023-24. We are still far behind the target with just 2 operational biogas plants in India in about two and a half years. Five other compressed biogas plants are on the cards with their foundation laid in Gujarat, U.P and Punjab. This delay caused by a number of reasons certainly puts India’s energy security at peril.

It will also result in India’s increased dependence on imported crude. Why Should You Choose Biogas Purification Plant?biogasplant. India signs MOUs to set up 900 compressed biogas plants. MoPNG (The Indian Ministry of Petroleum and Natural Gas) signed a number of MOUs in November 2020 with oil and gas marketing companies to set up 900 compressed biogas plants in the country. India is looking to boost the availability of clean and affordable fuels in the country under their SATAT (Sustainable Alternative Towards Affordable Transportation) initiative.

India aims at setting up 5000 compressed biogas plants by 2023 and 24 and the production target will be about 15 million tones with an investment of 2 trillion Indian rupees. The then petroleum minister, Mr. Dharmendra Pradhan said that LOIs (Letters of Intent) have already been given and based on the signed MOUs, the total count of possible biogas upgradation systems becomes 1500 at various locations in India. Here are top reasons why Bioga… Reasons Compressed Biogas will Rule the Roost in Future. Install Biogas Plant in India at Best Price. Get Biogas to Cng Plant at Very Affordable Price. Benefits of Biogas Upgradation Plant. What are the benefits of Biogas plant approved by Punjab Govt. Compressed Biogas Plant Manufacturer. Key Reasons India Needs a Better Energy Policy. One-stop Solution for Bio-CNG Plant in India. Biogas Companies in India. GAIL Partners with RMC to Convert Wet Waste into Biogas. How can I Set up a Biogas Bottling Plant? Energy Efficient Biogas Purification Plant at cost effective Price.

Let AtmosPower help you with your biogas bottling plant and selling needs. Compressed Biogas Bottling and Selling Plant in India. Advantages of Biogas Upgrading Solution. Toronto Organics Processing. How to Bridge The Skill Gap For Clean Energy Market? Advantages of Converting Food Waste into RNG. How Beneficial Biogas Purification is? Consistent Growth of India's Biogas Sector. Immense Potential of Biogas Sector in Near Future. Why Biogas Upgrading Will be Big in the Future? Advantages of On-Site Biogas Purification System. Why to Choose Bio-CNG in India? Biggest Announcement from India’s Petroleum Minister. All you Need to Know About How to Convert Food Waste in Natural Gas.