Braids - Plath Heart (Official Music video) Braids - Native Speaker (2011. Album Reviews: Tennis: Cape Dory. In May 2010, when homemade indie pop of every stripe was deep in the throes of its baffling obsession with the beach, a new band was taking the music to the next logical place: the open sea. 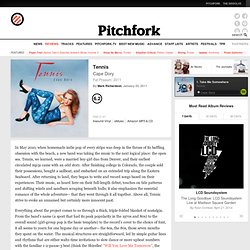 Tennis, we learned, were a married boy-girl duo from Denver, and their earliest circulated mp3s came with an odd story. After finishing college in Colorado, the couple sold their possessions, bought a sailboat, and embarked on an extended trip along the Eastern Seaboard. After returning to land, they began to write and record songs based on their experiences. 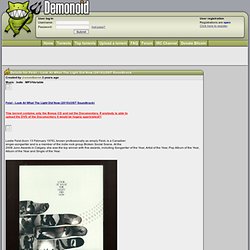 If anybody is able to upload the DVD of the Documentary it would be hugely appriciated!!! Leslie Feist (born 13 February 1976), known professionally as simply Feist, is a Canadian singer-songwriter and is a member of the indie rock group Broken Social Scene. At the 2008 Juno Awards in Calgary, she was the top winner with five awards, including Songwriter of the Year, Artist of the Year, Pop Album of the Year, Album of the Year and Single of the Year. Feist's new documentary Look at What the Light Did Now is a humble and impressionistic chronicle of the making of her modern classic, The Reminder. The DVD-- which comes with a 13-track CD of live songs and Reminder covers by Gonzales-- is out today in Europe and tomorrow, December 7, in North America. Feist - Look At What The Light Did Now [FULL DVD NTSC] 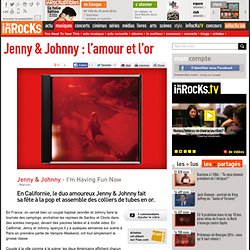 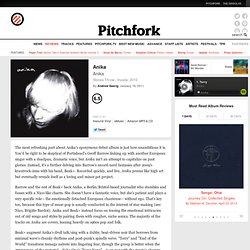 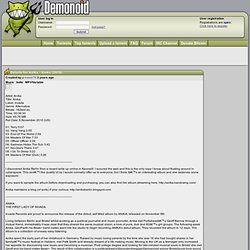 Terry 5:0702. Yang Yang 2:5503. End Of The World 2:5904. Masters Of War 7:3305. I discovered Anika Berlin from a recent write up online in flavorpill. If you want to sample the album before downloading and purchasing, you can also find her album streaming here: Anika maintains a blog (of sorts) if your curious: Invada Records are proud to announce the release of the debut, self titled album by ANIKA, released on November 8th. Living between Berlin and Bristol whilst working as a political journalist and music promoter, Anika met Portisheadâ€™s Geoff Barrow through a mutual friend. Anika spent the early part of her childhood in Germany. Smith Westerns: Dye It Blonde. Smith Westerns have cleaned up nicely. 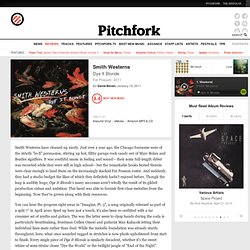 Just over a year ago, the Chicago foursome were of the strictly "lo-fi" persuasion, stirring up hot, filthy garage-rock candy out of Marc Bolan and Beatles signifiers. It was youthful music in feeling and sound-- their noisy full-length debut was recorded while they were still in high school-- but the remarkable hooks buried therein were clear enough to land them on the increasingly stacked Fat Possum roster. And suddenly, they had a studio budget the likes of which they definitely hadn't enjoyed before.

Though the leap is audibly huge, Dye It Blonde's many successes aren't wholly the result of its gilded production values and ambition. This band was able to furnish first-class melodies from the beginning. You can hear the progress right away in "Imagine, Pt. 3", a song originally released as part of a split 7" in April 2010. Smith Westerns 'Weekend' Smith Westerns – Dye It Blonde - 2011 (256) (ftt. FlyingThroughTrees.com Smith WesternsDye It BlondeFat Possum RecordsRelease Date: January 18, 2011 Tracklist: 1. 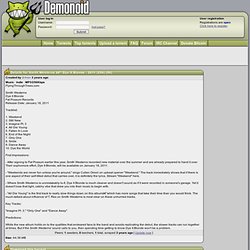