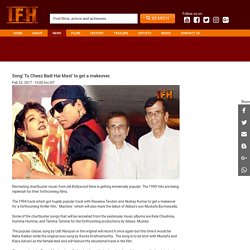 The 1990’ hits are being replenish for their forthcoming films. The 1994 track which got hugely popular track with Raveena Tandon and Akshay Kumar to get a makeover for a forthcoming thriller film, ‘ Machine ’ which will also mark the debut of Abbas’s son Mustafa Burmawalla. Latest News. An Egyptian National Eman Ahmed Abdulati an ardent fan of Salman Khan was keen to meet the Bollywood superstar after her arrival in the city for her Bariatric surgery on the 11th February 2017. 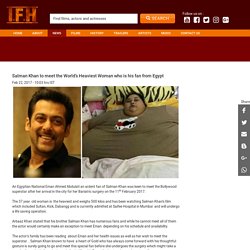 The 37 year old woman is the heaviest and weighs 500 kilos and has been watching Salman Khan’s film which included Sultan, Kick, Dabangg and is currently admitted at Saifee Hospital in Mumbai and will undergo a life saving operation. Arbaaz Khan stated that his brother Salman Khan has numerous fans and while he cannot meet all of them the actor would certainly make an exception to meet Eman depending on his schedule and availability. The actor’s family has been reading about Eman and her health issues as well as her wish to meet the superstar . Salman Khan known to have a heart of Gold who has always come forward with his thoughtful gesture is surely going to go and meet this special fan before she undergoes the surgery which might take a couple of months before she is ready for it. Latest News. Latest News. Latest News. Arjun Kapoor and Shraddha Kapoor will team up for the first time in Mohit Suri's Half Girlfriend. 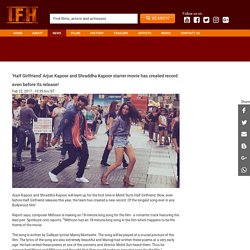 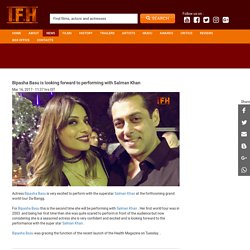 For Bipasha Basu this is the second time she will be performing with Salman Khan . Latest News. This is the second incident on the sets of Sanjay Leela Bhansali's film' Padmavati ' since January when his set was vandalised by some unidentified persons on Tuesday between wee hours. 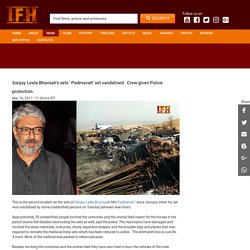 Approximately 20 unidentified people torched the costumes and ​t​he animal feed meant for the horses in the period drama film besides destructing the sets as well, said the police.​ The miscreants have damaged and torched the dress materials, costumes, shoes, expensive drapery and the wooden logs and planks that was required to recreate the medieval India sets which has been reduced to ashes . The estimated loss is over Rs. 4 crore. Most of the material was packed in metal suitcases. ​ Latest News. Following the recent incident on the sets of the film ' Padmavati ' when there was vandalisation on the sets of Sanjay Leela Bhansali's upcoming film , wherein the film maker's sets were damaged by some unidentified people at the Mhasai Pathar In Kolhapur district in the wee wee hours today. 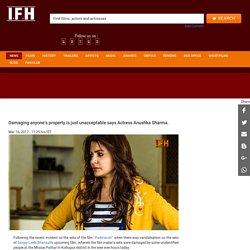 No sensible person would do this and damaging anyone's property is simply not acceptable says Anushka Sharma on the sets of her film,' Phillauri' The miscreants have not only damaged the sets but have also torched the costumes and animal feed kept there for the horses that was meant for the period drama in the film says the Police. Following this unfortunate incident, the film crew of Padmavati have asked for Police protection says Deepak Kesarkar , Maharashtra's Minister of State of Home. Box Office Collection. Airlift 2016. Housefull 3 2016. Sultan 2016. Rustom 2016. M S Dhoni: The Untold Story 2016. Shivaay 2016. Shivaay is a dramatic thriller film. 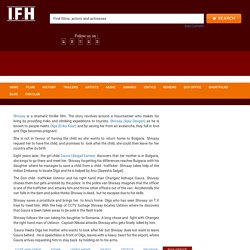 The story revolves around a mountaineer who makes his living by providing treks and climbing expeditions to tourists. Shivaay (Ajay Devgan) as he is known to people meets Olga (Erika Kaar) and by saving her from an avalanche, they fall in love and Olga becomes pregnant. She is not in favour of having the child as she wants to return home to Bulgaria. Ae Dil Hai Mushkil 2016. Dangal 2016. Badrinath Ki Dulhania 2017. Commando2 2017. Critics. Talav 2017. Badrinath Ki Dulhania 2017. Badrinath ki Dulhania film is about Badri Bansal (Varun Dhawan) the younger son of a rich family in Jhansi. 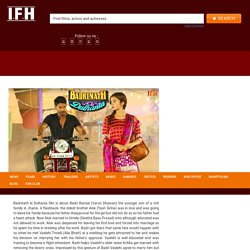 A flashback- the oldest brother Alok (Yash Sinha) was in love and was going to leave his family because his father disapproval for the girl but did not do so as his father had a heart attack. Now Alok married to Urmila (Swetha Basu Prasad) who although educated was not allowed to work. Alok was desperate for leaving his first love and forced into marriage so he spent his time in drinking after his work. Badri got fears that same fate would happen with so when he met Vaidehi Trivedi (Alia Bhatt) at a wedding he gets attracted to her and makes his decision on marrying her with his father's approval. Vaidehi is well educated and was training to become a flight attendant. Junoon Once Upon A Time In Calcutta 2017. Trapped 2017. Machine 2017. Aa Gaya Hero 2017. Latest News. Kunal Kapoor transformed himself​ ​for his upcoming film ‘Veeram’ The dashing debonair actor Kunal Kapoor known for his extreme dedication towards his performance in every film with his phenomenal acting skills has left no stone unturned to get the perfect look for his forthcoming​​ film ' Veeram '.​ 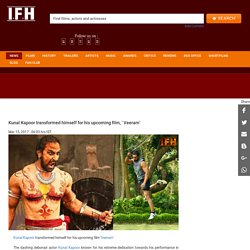 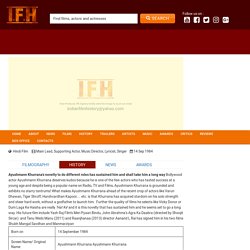 What makes Ayushmann Khurrana ahead of the recent crop of actors like Varun Dhawan, Tiger Shroff, Harshvardhan Kapoor.... etc. is that Khurrana has acquired stardom on his solo strength and sheer hard work, without a godfather to launch him. Further the quality of films he selects like Vicky Donor or Dum Laga Ke Haisha are really ‘Hat Ke’ and it is this novelty that has sustained him and he seems set to go a long way. Asrani. Ashok Saraf. Ashok Kumar. Asha Parekh. Aruna Irani. Arjun Kapoor. Acting Debut in Ishaqzaade ( 2012- 2013) Arjun Kapoor made a star debut in the blockbuster Ishaqzaade opposite Parineeti Chopra in the year 2012. The crime drama saw him delivering a towering debut playing a chavunistic character which caught the attention of the industry quickly.

Strong footed follow up ( 2014) Arjun Rampal. Director-Producer Rajiv Rai was the first person in the film industry who recognized Rampal’s acting talent, he promoted Rampal by making him part of Rai’s short musical video ‘Don’t Marry’ opposite was crucial for Rampal at that point of time. After which Rai again cast him in romantic drama Pyaar Ishq Aur Mohabbet, which was Rampal’s acting debut in the year 2001 alongside Kirti Reddy and Sunil Shetty . Though the movie bombed at the box office Rampal could not have asked for a better opening as he was praised by critics and audiences for his alarmingly matured performance in his debut which gained him much following and popularity in Hindi cinema.

Rampal was nominated for many prestigious Awards that year. Rampal’s next release was Deewanapan where he costarred with Diya Mirza, though the movie repeated the commercial run of his previous outing Rampal yet again secured positive word of mouth for his performance. Major Break in a Supporting roles (2007 onwards) Aparna Sen. Aparna Sen – A filmmaker with sparks of Satyjit Ray and Mirnal Sen Aparna Sen, is one of the few ladies in Indian Cinema who has proved her mettle not only as an actress of repute but she has established herself as a director par excellence and a powerful screenplay writer. Though most of work is in Bengali cinema but she has ventured into Hindi and English cinema too and has left an incredible stamp of her genius.

Winner of Padma Shri, the fourth highest civilian award, by the government of India, Arparna Sen has the distinction of winning three National Film Awards and nine international film festival awards for her direction in films and multiple BFJA ( Bengal Film Journalists' Association Award) as Best actress and Best supporting actress awards. Among her famous films include 36 Chowringhee Lane; Mr. and Mrs.

Iyer and 15 Park Avenue all made in English all winners of National Awards. Her best work in Bengali cinema include Paroma; Sati; Yugant and Paromitar Ek Din. Anushka Sharma. Anita Guha. Anita Guha won Miss Kolkata at the age of 15 When Anita was growing, she developed interest in modeling and drama during her teens. Anil Kapoor. Anant Mahadevan. Television Stint ( 1980-1990) Anant Nag. Amrita Arora. Amrita Rao. Amrita Rao is professionally known to be one of the most talented and comes in the category of best actresses circle.